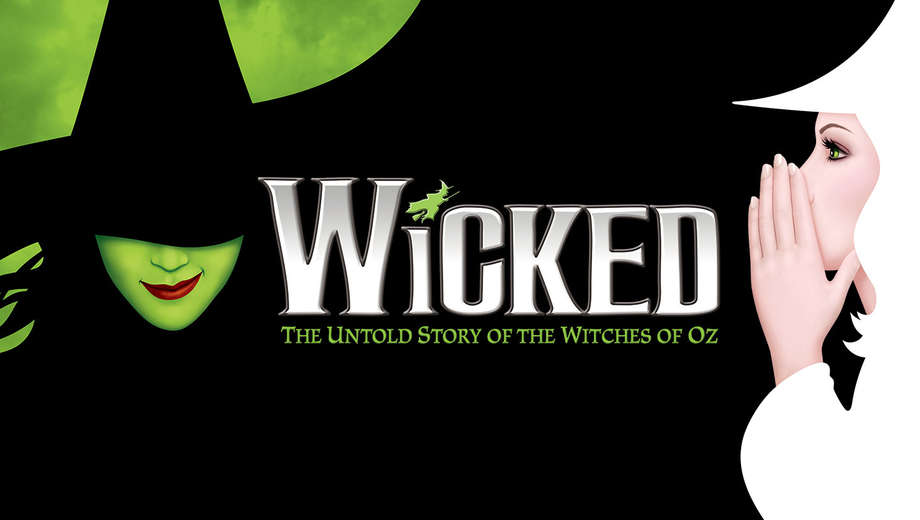 The long-awaited film adaptation of the Broadway hit, Wicked, has set a new release date for December 22nd, 2021. It was previously scheduled for December 20th, 2019, but was later moved to make way for an upcoming film adaptation of Cats (which I have no idea what the hell that’s gonna even look like). When Universal Pictures announced the change, they noted that Wicked would be re-dated soon to accommodate production scheduling. Composer/lyricist Stephen Schwartz revealed to the Hollywood Reporter that “That was always a fake date. There wasn't a prayer in hell.”

No word on casting yet, though millions of fans have been wondering (and concerned) about who will play their favorite characters in the musical. A common thing in show business is that whenever you set out to market anything such as a film, TV show, or a Broadway production is that you need a known commodity attached to it. Often times, it’s because you need to give the audience a reason to see it, though it’s usually in order to get to overall project financed. As we have sometimes seen in the past, just because you’re product has some exciting names attached to it, doesn’t necessarily mean gold from both a commercial nor creative standpoint.

As for ideas I have at this point, they’re mostly rising stars in the film world with musical theater backgrounds. While they may not exactly be A-listers yet, neither Idina Menzel nor Kristin Chenoweth were A-listers when they originated their respective roles of Elphaba and Glinda, and look at them now. Plus, the filmmakers could always surround them with more high profile film actors. It was done with Hairspray where they had an unknown actress by the name of Nikki Blonsky in the lead role, but they were able to surround her with celebrities such as John Travolta, Christopher Walken, Queen Latifah, Michelle Pfeiffer, and James Marsden. While Blonsky’s career sadly never took off after the film, that casting formula at least worked out at the box office as Hairspray became one of the most successful movie musicals of the 21st century. A similar thing was done with Les Misérables and Into the Woods as both films combined celebrities with fresher faces to make up their ensembles.

Now on to my casting ideas. For both leading roles of Elphaba and Glinda, I've came up with what I feel are two great choices for each role. So here are my suggestions for Elphaba...
Daisy Ridley is a 2010 graduate of the Tring Park School for Performing Arts where she trained in musical theater. Since then, she gained international recognition as Rey in the newer Star Wars trilogy. It's also worth noting that she is a mezzo-soprano, which is the exact vocal range that is required for the role of Elphaba. While the video above is several years old at this point, I can still hear the singing on display working, especially in intimate numbers like 'I'm Not That Girl' and 'For Good'. Not to mention that since her work in the galaxy far, far away is almost over (with Episode 9 being released in December), this would be an amazing opportunity for her receive such a high profile job post-Star Wars​.
Cynthia Erivo burst on to the scene with a bang when she made her Broadway debut in the most recent revival of The Color Purple. The performance won her a Tony Award for Best Lead Actress in a Musical, a Grammy Award for Best Musical Theater Album (as a principal soloist on the cast recording), and a Daytime Emmy Award for Outstanding Musical Performance in a Daytime Program from when the cast performed on The Today Show​. Since then, Cynthia started transitioning into film with performances in ensemble-driven movies such as Bad Times at the El Royale and Widows (both of which were released last year, and are now available on demand, DVD, and Blu-Ray). Next up, she'll be starring as American abolitionist and political activist Harriet Tubman in a biographical film titled Harriet (which on paper, sounds like she could have a shot at receiving a certain O for that EGOT), has a supporting role in Chaos Walking, (which ironically stars Daisy Ridley), and was recently cast in HBO's upcoming miniseries adaptation of Stephen King's The Outsider​. If the video above isn't a good enough showcase for her powerhouse vocals, I don't know what is.

For the role of Glinda, that might be a tricky character to figure out how to exactly portray on film. The stage musical has a very jumbled mix of wacky comedy, gothic intensity, heightened melodrama, manufactured magic, and silliness. This all works well on the stage when the suspension of disbelief is already so high that wild changes in tone and style feel more organic and entertaining, but it very rarely works well in a movie. It probably wouldn't surprise me if the filmmakers decide to take a more subtle approach to the humor.

​Now, for my Glinda suggestions...
After first coming on the scene as Lady Rose MacClare on four seasons of Downton Abbey, Lily James got her breakout role in film as the title character in Kenneth Branagh's 2015 adaptation of Cinderella​. While that movie was not a musical, she did get to record her rendition of 'A Dream is a Wish Your Heart Makes' from the 1950 animated classic, which was played during the end credits. Though before all of that, Lily studied the musical theatre course curriculum while she was a student at the Tring Park School for Performing Arts (the same place Daisy Ridley is an alumni of). Recently, she got to show off more of her vocal chops on the big screen as Young Donna Sheridan in the Mamma Mia! sequel, Here We Go Again. While Lily's vocal range appears to be mezzo-soprano, I can still hear the singing on display in the video above working.
This has to be the one A-lister I'm suggesting right now. Anna Kendrick started out in musical theater as child, where at the age of 12, received a Tony nomination for her featured performance in High Society. In the years since, she got to display her vocal chops on the big screen in movies such as Camp, Pitch Perfect, Into the Woods, The Last Five Years, and Trolls​. While it would seem a little obvious at this point to cast her in a musical, I can still totally hear Anna's voice working on Glinda's songs. The only thing she would have to do for the role is dye her hair blonde, and that's it.

So what do you think of these ideas? Do you have any of your own?
Proudly powered by Weebly
KARE REVIEWS