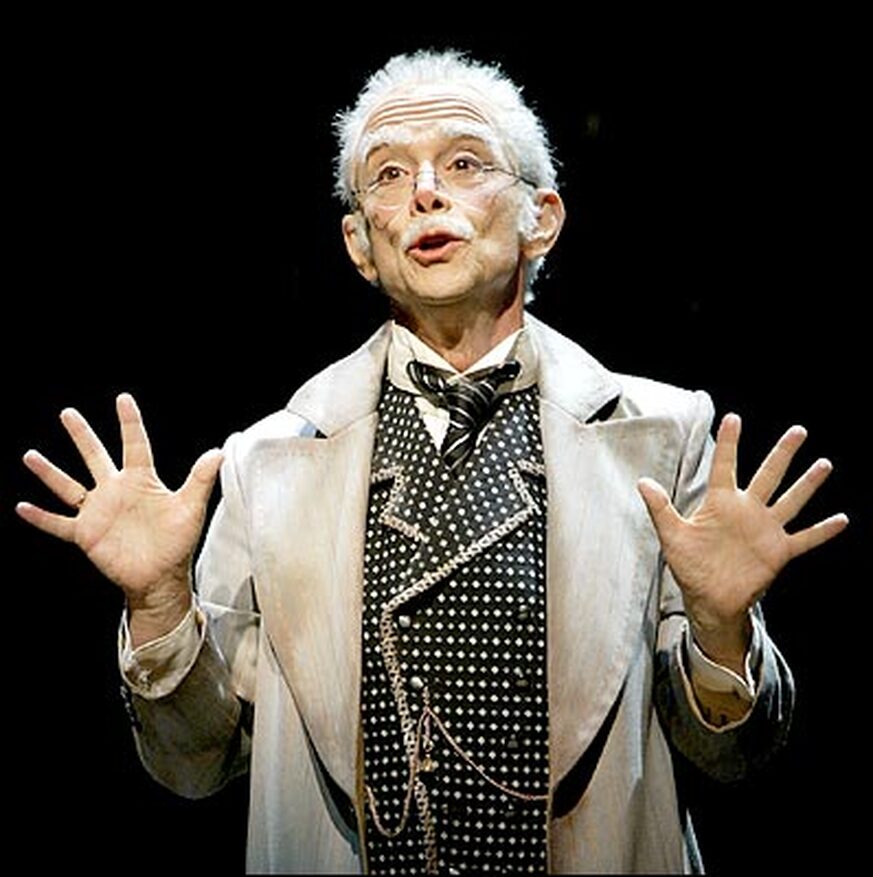 Recently, it was announced that Jon M. Chu, who is coming off of his upcoming film adaptation of the 2008 Tony-winning musical, In the Heights, has taken over as director of Universal's long-awaited film adaptation of the Broadway smash, Wicked. He replaces Stephen Daldry, who had previously departed back in October of last year due to the studio wanting to mount it more quickly than he was comfortable moving. In fact, when Chu posted the announcement on his Twitter feed, he asked his followers "So... Twitterverse, who should we cast?". I've already thrown in other suggestions for Elphaba, Glinda, Fiyero, and Nessarose. So now, I'm going give a trio of ideas for The 'Wonderful' Wizard of Oz, who in Wicked is depicted as a dictator who uses deceit and trickery to hide his own shortcomings. On Broadway, that role was originated by Tony & Oscar-winning legend, Joel Grey.

​I'll be back with another one of these sometime soon to discuss a different character. In the meantime, what do you think of these ideas? Do you have any of your own? For those interested in reading the previous blog posts I've done on this topic, you can find the link to all of them below.