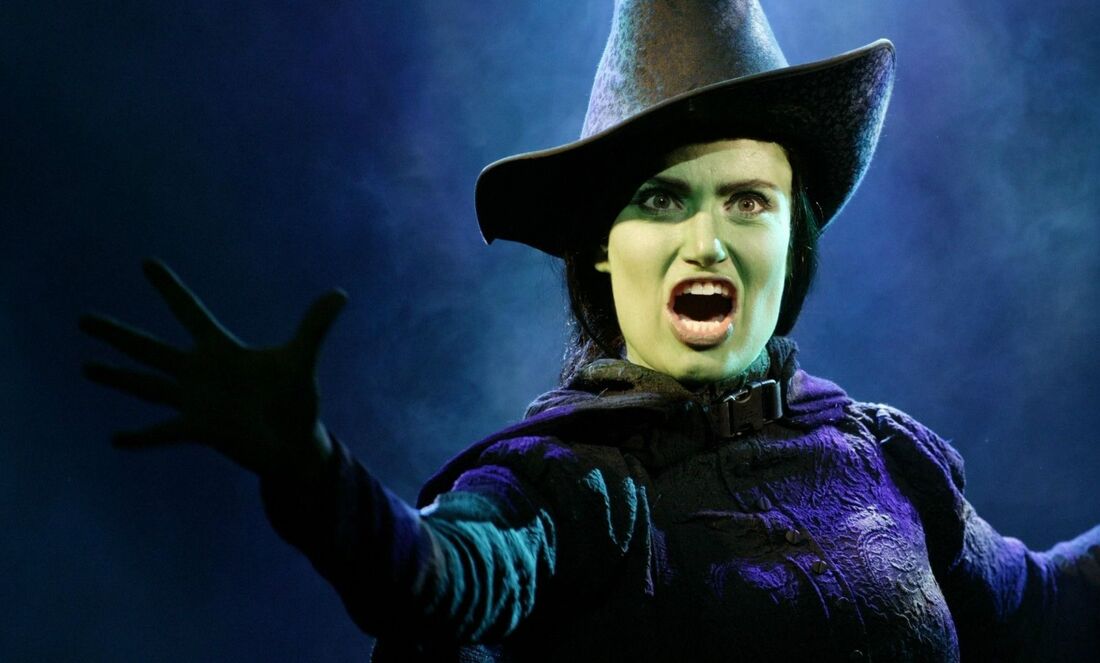 Since 2016, I've done three different blog posts offering my own casting suggestions for who should star in Universal's long-awaited film adaptation of the Broadway smash, Wicked. All of them were originally made in response to previously announced release dates that didn't end up coming to fruition. While no new release date has been revealed yet, it was just announced that Jon M. Chu, who is coming off of his upcoming film adaptation of the 2008 Tony-winning musical, In the Heights, has taken over as director of this project. He replaces Stephen Daldry, who had previously departed back in October of last year due to the studio wanting to mount it more quickly than he was comfortable moving.

​In fact, when Chu posted the announcement on his Twitter feed, he asked his followers "So... Twitterverse, who should we cast?". While I've already thrown in other suggestions before, I've decided to do multiple blog posts where I give several (new) ideas for different characters. If you've read the title of this post, then you should know that this will be all about the leading role of Elphaba, the heart and soul of that musical. After all, it did help make Idina Menzel a bonafide Broadway star when she originated it on Broadway back in 2003 (almost a decade after getting her big break as an original cast member of Rent).

Before I offer my latest round of ideas, I'd like to acknowledge that a number of you are probably going to respond to them with something like "None of these ladies are necessarily marketable names to the masses". In response to that, keep in mind that not every single principal character in a movie needs to be played by a star. For example, when Meredith Wilson's 1957 Tony-winning musical, The Music Man, was getting adapted for the big screen, Warner Brothers originally did not want Robert Preston to reprise his role as Harold Hill. Despite him becoming a star when he first played it in the original Broadway production, he was seen more as a B-list actor in Hollywood than an A-lister. Therefore, the studio had their doubts about having Preston lead a major motion picture. In fact, they were about to sign Frank Sinatra when Meredith Wilson came up to them and said that he would not let them make the movie if they don't keep Robert Preston. Since Warner Brothers already had Shirley Jones, who at that point was established on the big screen with her lead performances in film adaptations of Rodgers & Hammerstein's Oklahoma! (1955) and Carousel (1956) as well her Oscar-winning supporting performance in a 1960 nonmusical film called Elmer Gantry, on board to play Marian Paroo, they felt comfortable enough to pair up Preston with her. As a result, the 1962 film adaptation of The Music Man not only ended up becoming a hit when it was released in theaters, but it also helped raise Robert Preston's profile in Hollywood.

Now on with my suggestions...
After finishing in third place on BBC’s 2008 reality competition series, I’d Do Anything (which searched for performers for the most recent West End revival of Oliver!), Samantha Barks went on to play prominent roles in several theatrical productions in the U.K., including Éponine in Les Misérables, which led to her being cast in Tom Hooper’s 2012 Academy Award-winning film adaptation starring Hugh Jackman. Since then, she has gone on to star as Velma Kelly in the Hollywood Bowl's 2013 production of Chicago directed by Brooke Shields, appear in the roles of Mallory/Avril in the Donmar Warehouse's 2014 production of City of Angels, and originate the role of Vivien Ward in the stage musical adaptation of Pretty Woman on Broadway. Next, she'll be starring as Elsa (another Idina Menzel role) in the upcoming West End production of Disney's Frozen, although that has currently been postponed indefinitely due to the coronavirus pandemic. While no new dates for that have been revealed yet, it is worth noting that Universal is reportedly hoping to begin production on Wicked later this year. So if Frozen opens up in London around the same time, then that would take Samantha out of the running for Elphaba. Though if the show isn't open then, maybe she should throw her hat in the ring for this film. After all, Wicked could be a great vehicle to mark Samantha's first starring role in a major motion picture
Speaking of I'd Do Anything, Jessie Buckley (who has no relation to Broadway legend Betty Buckley) first came on the scene in that aforementioned reality show, where she finished in second place behind Jodie Prenger and ahead of Samantha Barks. Since then, she has been seen on TV in HBO's 2019 Emmy-winning miniseries, Chernobyl, and most recently in the fourth season of the FX anthology series, Fargo. Jessie's also been getting more prominent movie roles in 2019's Wild Rose and 2020's I'm Thinking of Ending Things. Next, she will be seen in Maggie Gyllenhaal's feature directorial debut, The Lost Daughter, where she'll be portraying a younger version of the main character played by Olivia Colman. Similar to what I've already said about Samantha Barks, Wicked could be a great vehicle to mark Jessie's first starring role in a major motion picture, especially one that would utilize her musical theatre background.
I may be a little biased about this choice given that she's from my area of residence as well as the fact that I've interviewed her back in December of 2019, but I do think she is worth considering nonetheless. After having made her breakthrough as a contestant on the sixth season of So You Think You Can Dance back in 2009, Ariana DeBose went on to make her Broadway debut in a stage musical adaptation of Bring It On in the summer of 2012. Since then, she has appeared on the main stem in Motown: The Musical, the most recent revival of Pippin, and the original cast of Hamilton before going on to originate two principal roles: Jane in A Bronx Tale and Disco Donna in Summer: The Donna Summer Musical, the latter of which earned her a 2018 Tony Award nomination for Best Featured Actress in a Musical. Most recently, Ariana appeared as Alyssa Green in Ryan Murphy's Netflix film adaptation of the Tony nominated musical, The Prom. Next, she'll be seen as Emma Tate in a television musical series for Apple TV+ titled Schmigadoon!, and as Anita in Steven Spielberg's West Side Story reboot. As I've already said about the previous two, Wicked could be a great vehicle to mark Ariana's first starring role in a movie.
Speaking of Hamilton, Phillipa Soo got her big break when she originated the role of Eliza Schuyler on Broadway, for which she won a Grammy for Best Musical Theater Album (as a principal soloist) and received a Tony nomination for Best Lead Actress in a Musical. Since then, she was seen on Broadway in Amélie and The Parisian Woman. Phillipa was also a regular on the short-lived CBS drama series, The Code, and most recently voiced Chang'e in the Netflix animated movie musical, Over the Moon. As I've already said about all of the above, Wicked could be a great vehicle to mark her first starring role in a major motion picture.

​I'll be back with another one of these soon to discuss a different character. In the meantime, what do you think of these ideas? Do you have any of your own? By the way, for those interested in reading the previous blog posts I've done on this topic, you can find the link to all of them below.