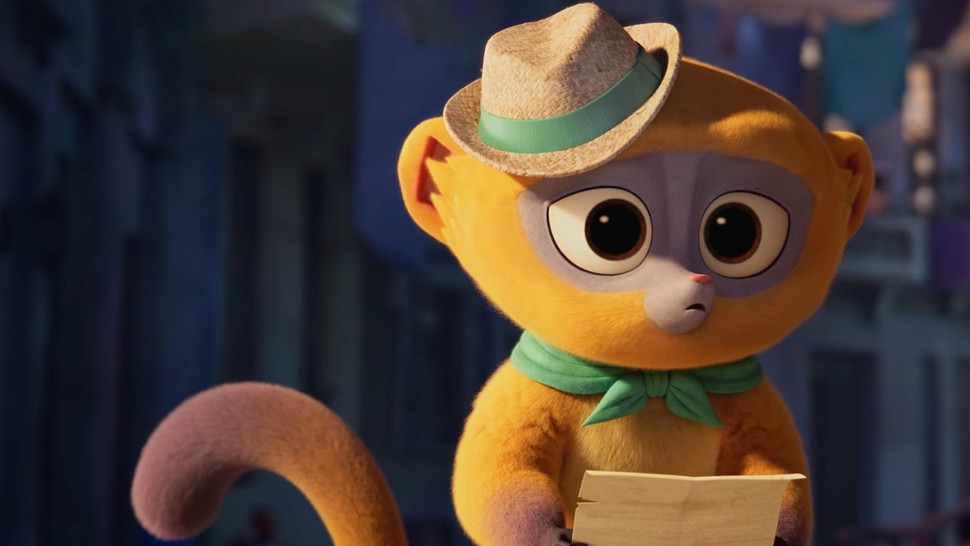 Vivo follows a one-of-a-kind kinkajou (Lin-Manuel Miranda) who spends his days playing music to the crowds in Havana, Cuba with his owner Andrés Hernández (Juan de Marcos). While they may not speak the same language, they're still the perfect team due to their common love of music. Though tragedy strikes when Andrés passes away shortly after receiving a letter from his former lover, the famous Marta Sandoval (Gloria Estefan). She had invited him to her farewell concert in Miami, hoping they would of reconnect there. Now it's up to Vivo to deliver a love song Andrés had written for Marta many years ago to her. In order to get to the distant shores of Miami, Vivo needs to accept the help of Andrés’ energetic tween grand-niece, Gabi Hernández (Ynairaly Simo).

Originally, Lin-Manuel Miranda pitched the idea for this film to DreamWorks Animation back in 2010, but it ended up getting dropped in 2015 due to some restructuring at the time that was going on at the studio. Then just a year later, Sony Pictures Animation picked it up with a release date that was originally set for December 18th, 2020. Yet due to the impact the COVID-19 pandemic has had on the film industry, Sony cancelled the nationwide theatrical release while they instead decided to license the movie to Netflix for them to release it globally.

​I found Vivo to be a very lively, heartfelt, and adventurous animated movie musical. Even when he's only voice acting, Lin-Manuel Miranda can still bring such high energy to his performances. He's already proven that with his work on the theatre stage, and he's proven it once again as the title character in this movie. I also loved the chemistry he shared with Gabi, who is voiced very well here by Ynairaly Simo.

Miranda also brings with him his signature musical talents as not just a vocalist, but also as a songwriter as I found every single tune in the film to be a real banger. I'll be shocked if 'Inside Your Heart' doesn't end up being the one they campaign most for a Best Original Song nomination. It's too important to the story for it to be ignored. I'd like also like to give a special shoutout to the underscore by Alex Lacamoire which in my opinion blends in with the songs very seamlessly well.

Kids may end up loving Vivo most, but I think their parents should still be entertained by it as well. Not only does it have such vibrant animation and catchy songs, but also themes that audiences of all ages can easily relate to. This movie is currently available to stream on Netflix.