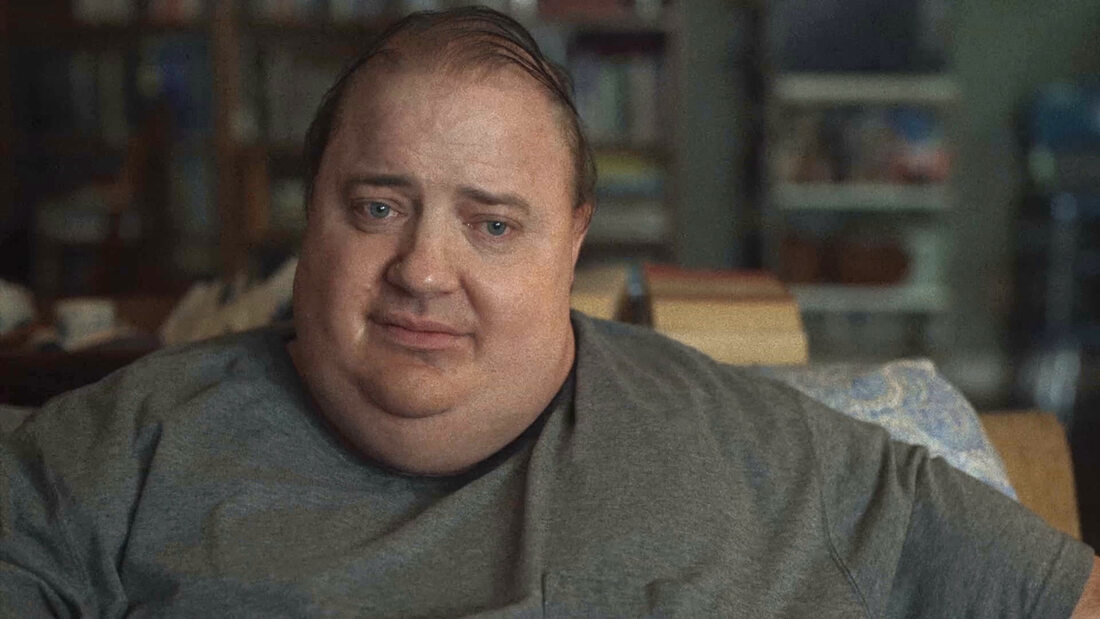 Based on Samuel D. Hunter’s 2012 stage play of the same name, The Whale follows Charlie (Brendan Fraser), a 600-pound reclusive English teacher who isolates himself from the world. As he slowly eats himself to death, he is given one last chance at redemption. Charlie takes advantage of it by attempting to restore his relationship with his teenage daughter, Ellie (Sadie Sink).

On the surface, you can tell that this movie is based on a play as most of the action takes place in an apartment the whole time. Though with that being said, it’s actually perfect for this particular story. Charlie is a man who never leaves his home due to his weight issues. Everyone else we meet over the course of the film are visitors. Under Darren Aronosfky’s direction, it never feels boring at all. Rob Simonsen’s musical score excellently compliments the whole mood.

As someone who grew up in the late 1990s and 2000s, I remember how prolific Brendan Fraser was with movies like George of the Jungle and The Mummy. Here, he is so unrecognizable. Two thumbs up to the makeup team for making him look exactly like a 600 pound man. I was almost convinced he gained all that weight himself. However, there is also much more to Fraser’s performance than that. You really feel for his character as his health continually declines throughout the film. It is such emotionally honest work.

The other main characters get their own opportunities to shine and hold their own against Brendan Fraser very well. Sadie Sink is incredible as Ellie. Watching the estranged relationship between her and Charlie improve is definitely a highlight. Hong Chau as his nurse, Liz, gives a very empathetic performance. Ty Simpkins as a religious Christian missionary named Thomas has a fascinating arc. Samantha Morton, who has less screen time compared to the others, provides such strong work as Charlie’s ex-wife, Mary.

I can see why The Whale has been receiving a very polarizing response from critics and audiences. The somber tone and characters being unlikable are probably major turn offs for a number of people. Although with the latter, you do end up sympathizing with them at certain points. Not to mention that everything builds up to quite a devastating finale. If you’re planning to catch this, please be aware of what you’d be getting yourself into.