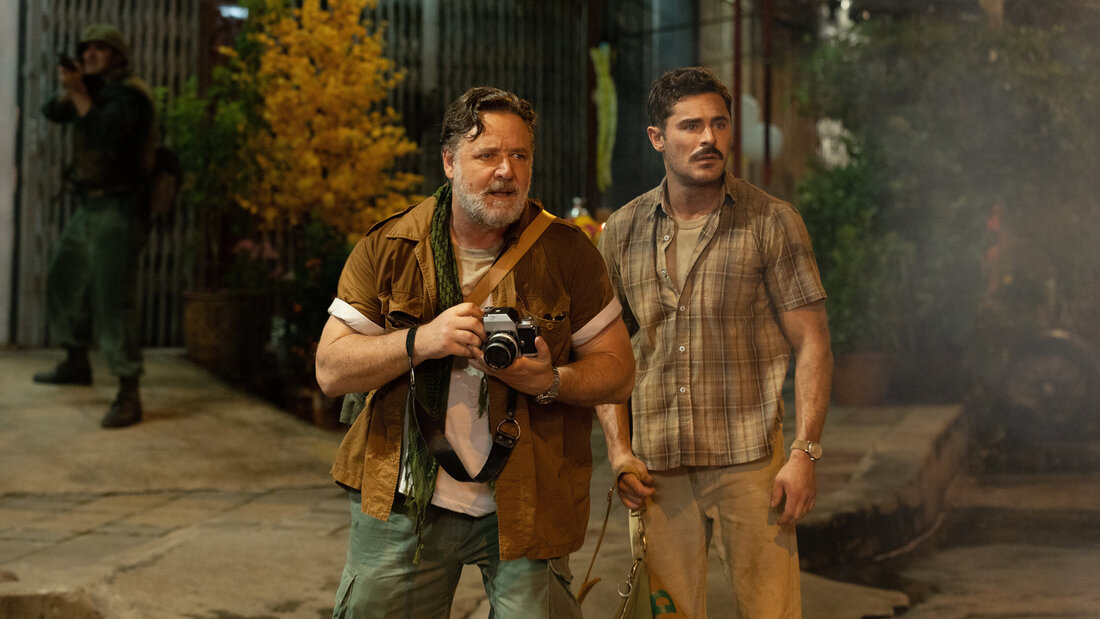 Based on John "Chick" Donohue & J.T. Molloy's 2020 memoir of the same name, The Greatest Beer Run Ever follows Chickie Donohue (Zac Efron). In 1967, he wants to support his friends fighting in Vietnam, so he does something wild by personally bring them American beer. What starts as a well-meaning journey quickly changes Chickie’s life and perspective. .

Coming off of his 2018 controversial Best Picture winner, Green Book, Peter Farrelly has made another biographical film about a man in the 1960s who goes on a literal journey and learns a valuable lesson along the way. For the most part, I really enjoyed The Greatest Beer Run Ever. It’s a feel good movie that tells a true story I (and many other people) never knew about before and is also funny at times.

Zac Efron has had quite an interesting career. He obviously first came on the scene as a teen idol in the mid-2000s, but as he’s gotten older, he started getting more mature roles (even in some questionable movies). I think this is probably his very best performance. Efron offers up a likable persona, nails his character arc, and has some touching moments in the end.

When Russell Crowe first appeared in the film, then was absent for about an hour or so, I assumed that his character was more or less a glorified cameo. Yet when he returned, he got to have a bit of a more pivotal role at that point in the plot. I thought Crowe gave a very charismatic turn here. Not to mention that Zac Efron manages to hold his own against him in their scenes together pretty well.

The Greatest Beer Run Ever isn’t necessarily groundbreaking by any stretch of the imagination. Although I do think it is much better than what a lot of the critics have been giving it credit for. This movie is currently available to stream on Apple TV+.