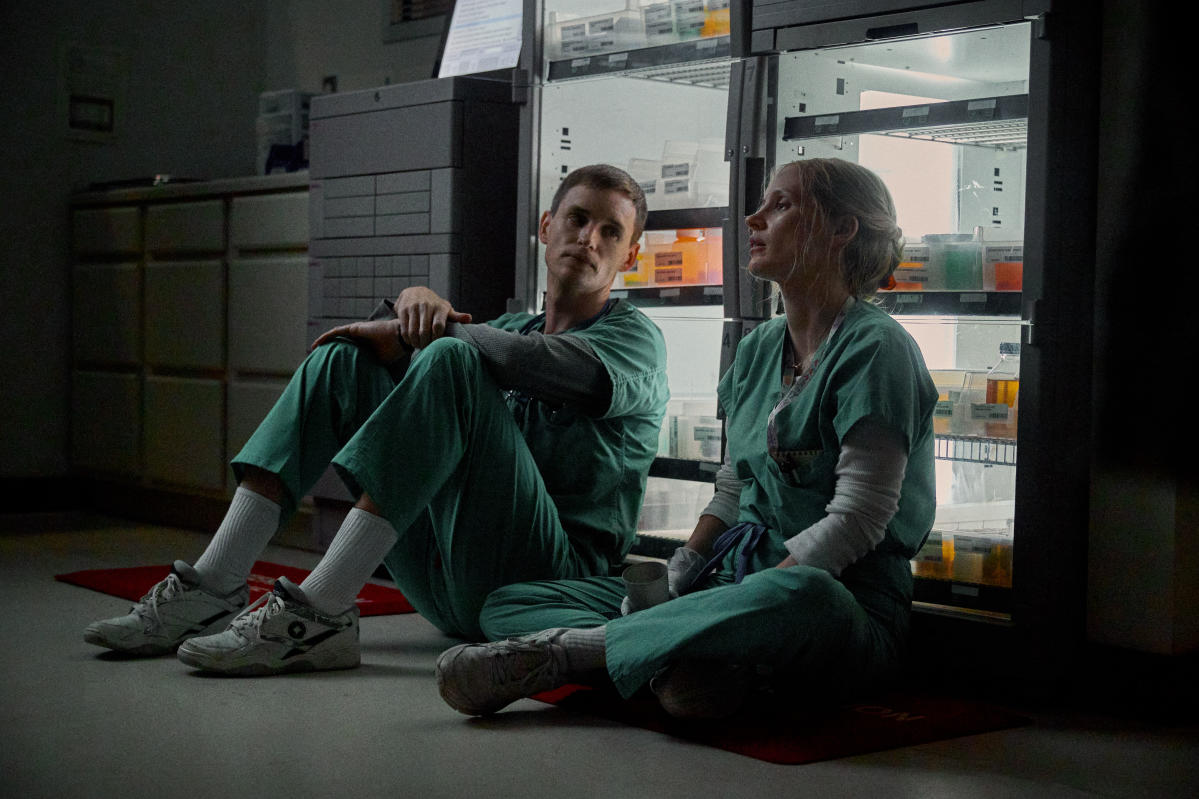 Based on Charles Graeber’s 2013 true-crime book of the same name, The Good Nurse follows Amy Loughren (Jessica Chastain), a ICU nurse beset with personal problems. She has a heart condition, but has to continue working in a hospital to become eligible for health insurance. Soon, she gets friendly with a colleague, Charlie Cullen (Eddie Redmayne), in the hospital who is both helpful and sympathetic. Things to go smooth till unexplained deaths of patients take place which cause the administration to conduct an internal inquiry. Amy finds herself getting sucked in the inquiry and helps to unravel the truth.

In the beginning, it took a while for things to get going. Though when they did, the whole film became engrossing to me as it went on. Under Tobias Lindholm’s direction, he creates an atmosphere that is very subdued and emotionally effective. It feels reminiscent of a Clint Eastwood directed movie (minus his signature bleak color scheme). The musical score by Biosphere provides such haunting themes.

Now I'm personally not a huge Jessica Chastain fan. Not that I have anything against her at all, especially like that idiot Grace Randolph. I just wouldn't necessarily call myself a fan. She’s at least been consistent in giving good performances in the films I’ve seen her in. I will say that in my opinion, she does give some of her better work in this movie. It’s especially much better than her overrated performance in The Eyes of Tammy Faye.

Eddie Redmayne has also done a lot of good work throughout his career. Here, he not only plays what has to be his darkest character yet, but he really delivers. Without giving too much away, he brings in such intensity during this interrogation scene in the third act. Not to mention that I found his final scene with Chastain to be quite moving.

Overall, The Good Nurse is not an easy watch nor would I say it’s a must see. Although I do think it is a ‘Good Movie.’ If you’re debating about whether or not to watch it, please be aware of what you’d be getting yourself into. This film is currently available to stream on Netflix.