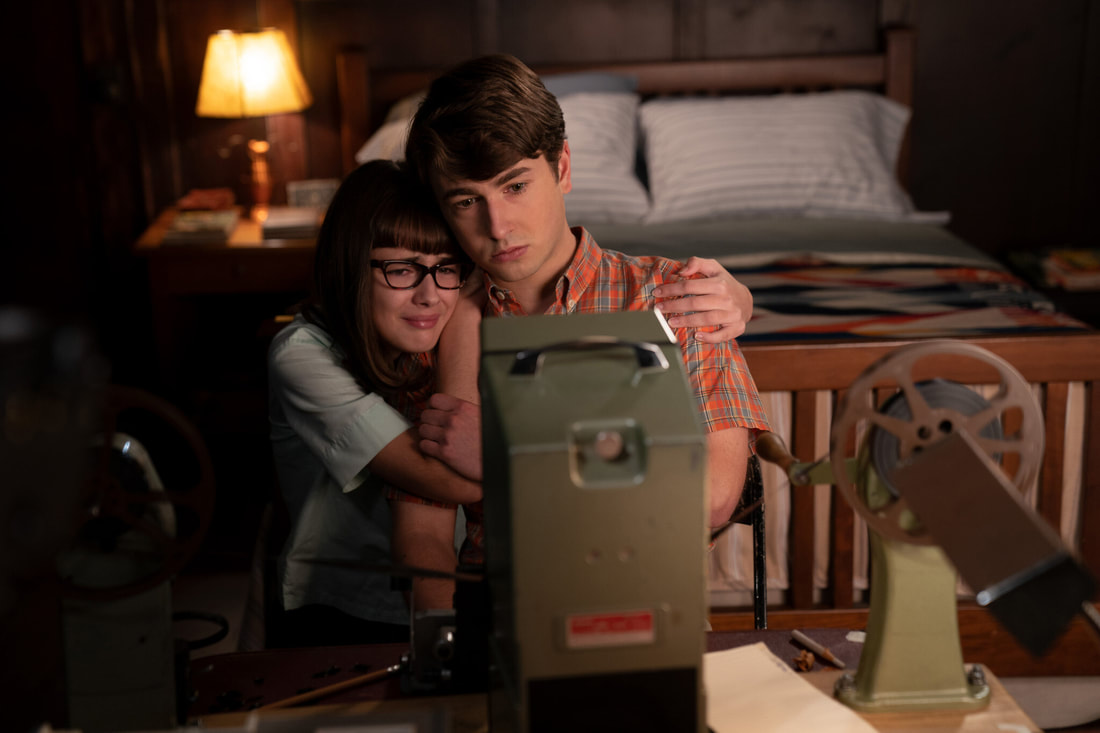 The Fabelmans is loosely based on Steven Spielberg’s childhood growing up in a post-World War II era Arizona. Shown from age 7 to 18, Sammy Fabelman (Gabriel LaBelle) discovers a shattering family secret and explores how the power of movies help us see the truth about each other and ourselves. Throughout his long career, Spielberg has made films that always felt personal to him one way or another. Now that he’s made this, it’s probably his most personal one yet.

One of Steven Spielberg’s greatest strengths as a director has always been creating a childlike sense of wonder. The beginning of The Fabelmans perfectly demonstrates that when young Sammy (portrayed with such innocence by Mateo Zoryon Francis-DeFord) sees his very first movie, The Greatest Show on Earth. From that moment, we see him wanting to get his own train set so he could recreate the famous train crash sequence of that film, and capturing it on his dad’s camera so he could rewatch it over and over again. As Sammy gets older, we see him continue to make amateur movies with his friends. Watching that really reminded me of me when I was in high school. During my junior and senior years, I took a video productions class. So I made a wide variety of videos with my classmates during my time there. I may not be pursuing filmmaking now, but I continue to stay creative in different areas.

With Steven Spielberg behind the camera, this movie is of course well crafted. The editing by Michael Kahn and Sarah Broshar keeps everything well paced, not making the whole thing feel like its two and a half hour duration at all. As this is supposed to be composer John Williams’ final collaboration with Spielberg before he enters retirement, I think this is quite a swan song to go out on as the score compliments the emotions of the characters. Gabriel LaBelle is excellent as Sammy Fabelman, the young Jewish boy based on Spielberg as a teenager. He gets to play with so many emotions throughout the film, and he handles them very well. Not to mention that he does offer a bit of a resemblance to young Steven Spielberg.

Quite a few of the supporting cast members get their own opportunities to shine. Michelle Williams as Sammy’s mother, Mitzi, offers a sense of elegance and some heartbreaking moments. Paul Dano as Sammy’s supportive father, Burt, is very humble. Seth Rogen provides a laidback performance as Burt’s best friend and coworker, Bennie Loewy, who becomes involved with his family in more ways than one. Judd Hirsch makes such a memorable appearance as Sammy’s great uncle, Boris Schildkraut.

It feels like Spielberg’s whole life and career was leading up to him making The Fabelmans. Not only is it a love letter to his passion for making movies, but to his parents as well. When they eventually split up later on in the film, it was another aspect I related to as my parents are also divorced. There were quite a few moments throughout where I teared up. There’s also some nice humorous moments throughout. For all the reasons I mentioned above, I think The Fabelmans is absolutely a must see!