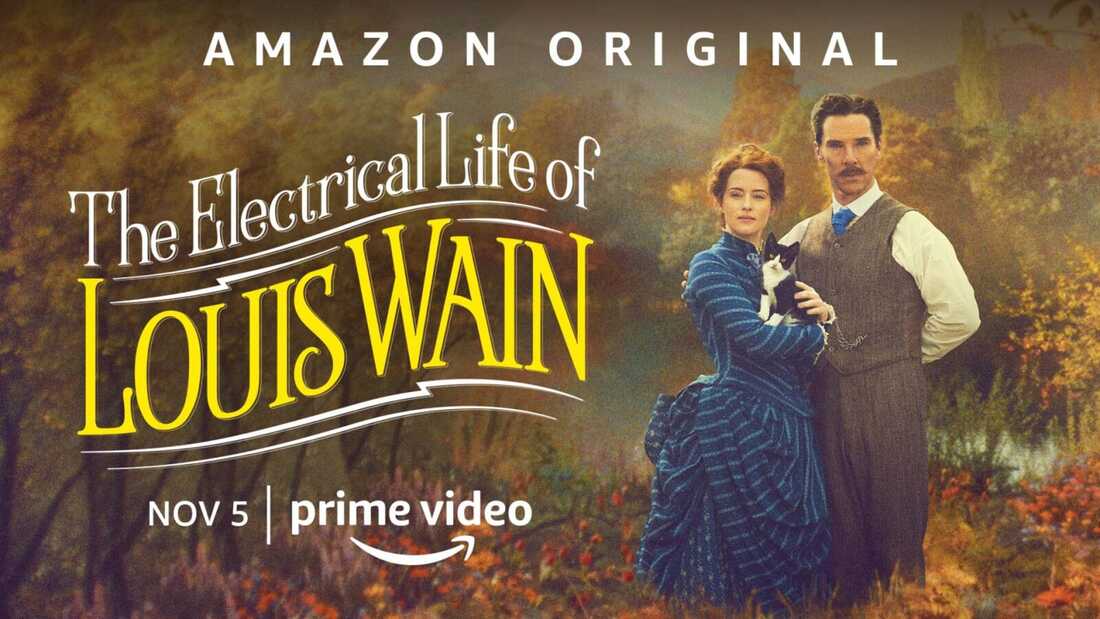 ​The Electrical Life of Louis Wain tells the true story of eccentric British artist Louis Wain (Benedict Cumberbatch), whose playful, psychedelic pictures transformed the public's perception of cats forever. In the early 1900s, we follow Wain as he seeks to unlock the "electrical" mysteries of the world and, in so doing, to better understand his own life and the profound love he shared with his wife Emily Richardson (Claire Foy).

I found this film to be an enjoyable and interesting biopic about a painter I previously knew nothing about at all. Benedict Cumberbatch not only perfectly captures the eccentric personality of his character, but the emotional struggles he goes through, which leads to quite an empathetic finale. Claire Foy may not be in the movie a whole lot, but when she does appear, she gives such an elegant performance as Emily Richardson. I thought she and Benedict Cumberbatch both shared some heartfelt chemistry together. Although Andrea Riseborough is also very good as Louis Wain’s sister, Caroline.

The cinematography by Erik Alexander Wilson is pretty clever. The film is not only shot in a 4:3 aspect ratio, but the color schemes and lighting makes the visuals on display here almost make them look like paintings. I think the musical score by Arthur Sharpe is profoundly moving. While I wouldn’t call The Electrical Life of Louis Wain a must see, I do think it is worth watching nonetheless. This movie is currently available to stream on Amazon Prime Video.