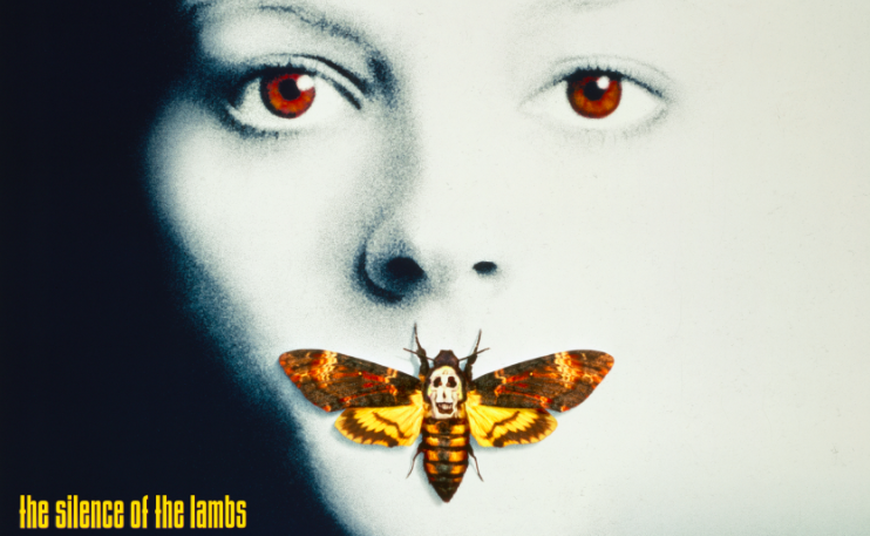 Based on Thomas Harris’ 1988 novel of the same name, The Silence of the Lambs follows Clarice Starling (Jodie Foster), an FBI trainee who is given a big break when she is assigned to interview and construct a psycho-behavioral profile of the deranged killer, Hannibal "The Cannibal" Lecter (Anthony Hopkins). Starling assumes correctly that her assignment is more than she is told, and she enters into a brief battle of wits with the clever and manipulative Lecter, who finally surrenders to her a clue that may lead her down a path towards catching the notorious killer "Buffalo Bill" (Ted Levine). When Bill kidnaps Catherine Martin (Brooke Smith), the daughter of prominent U.S. Senator Ruth Martin (Diane Baker), Lecter's knowledge of the killer becomes central to the investigation. His budding rapport with Starling leads him to agree to a deal that may ease the harsh restrictions placed on him as one of the world's most infamous criminals in exchange for sharing his knowledge of the Buffalo Bill case, assuming the kidnapped girl is recovered alive.
Prior to the novel's release, Orion Pictures partnered with actor Gene Hackman to bring the novel to the big screen with Hackman set to direct and possibly star in the role of agent Jack Crawford. Negotiations were made to split the $500,000 cost of rights between Hackman and the studio. In addition to securing the rights to the novel, producers also had to acquire the rights to the name ‘Hannibal Lecter’, which were owned by producer Dino De Laurentiis, who had previously made Manhunter, a 1986 film adaptation of Thomas Harris’ Red Dragon. Owing to the financial failure of the earlier film, De Laurentiis lent the character rights to Orion Pictures for free. In November 1987, screenwriter Ted Tally was brought on board to write the adaptation. He had previously crossed paths with Thomas Harris many times, with his interest in adapting The Silence of the Lambs since receiving an advance copy of the book from Harris himself. When Tally was about halfway through writing the first draft, Hackman withdrew from the project and financing fell through. However, Orion Pictures co-founder Mike Medavoy assured Tally to keep writing as the studio itself took care of financing and searched for a replacement director. As a result, Orion Pictures sought director Jonathan Demme to helm the project. While the screenplay was not yet completed, Demme signed on after reading the novel. Jodie Foster was interested in playing the role of Clarice Starling immediately after reading the novel. However, in spite of the fact that Foster had just won an Academy Award for her performance in 1988’s The Accused, Demme was not convinced that she was right for the part. Having just collaborated with her on 1988’s Married to the Mob, Demme's first choice for the role of Starling was Michelle Pfeiffer, who turned it down, later saying, "It was a difficult decision, but I got nervous about the subject matter". Still not convinced, he went to Meg Ryan who rejected it as well for its gruesome themes and then to Laura Dern, of whom the studio was skeptical as not being a bankable choice. As a result, Foster was awarded the role due to her passion towards the character. For the role of Dr. Hannibal Lecter, Demme originally approached Sean Connery. After the actor turned it down, Anthony Hopkins was then offered the part based on his performance in 1980’s The Elephant Man. Other actors considered for the role included Al Pacino, Robert De Niro, Dustin Hoffman, Derek Jacobi, and Daniel Day-Lewis. The mask Hopkins wore became an iconic symbol for the movie. It was created by Ed Cubberly, of Frenchtown, NJ, who had made numerous masks for NHL goalies. Gene Hackman was originally cast to play Jack Crawford, the Agent-in-Charge of the Behavioral Science Unit of the FBI in Quantico, Virginia but he found the script "too violent." Scott Glenn was then cast in the role. To prepare for the role, Glenn met with John E. Douglas, who gave him a tour of the Quantico facility and also played for him an audio tape containing various recordings that serial killers Lawrence Bittaker and Roy Norris had made of themselves raping and torturing a 16-year-old girl. According to Douglas, Glenn wept as he experienced the recordings and even changed his liberal stance on the death penalty.

After having premiered in New York and Century City, California over a couple weeks earlier, The Silence of the Lambs was released in theaters nationwide on February 14th, 1991, where it became a sleeper hit that gradually gained widespread success and critical acclaim. On a budget of $19,000,000, the film itself grossed over $272,700,00 at the worldwide box office. On March 30th, 1992, The Silence of the Lambs won 5 Academy Awards for Best Picture, Best Director (Jonathan Demme), Best Actor (Anthony Hopkins), Best Actress (Jodie Foster), and Best Adapted Screenplay (Ted Tally). It ended up becoming the third film in history to have won all five major Oscars following 1934’s It Happened One Night and 1975’s One Flew Over the Cuckoo’s Nest. Since then, The Silence of the Lambs has regularly been cited by critics, filmmakers, and audiences alike as one of the greatest and most influential movies of all time.
For a more in-depth discussion, feel free to listen to this podcast episode with me, Casey Lee Clark of Next Best Picture, and Brandon Stanwyck of the Academy Queens podcast.
Proudly powered by Weebly
KARE REVIEWS