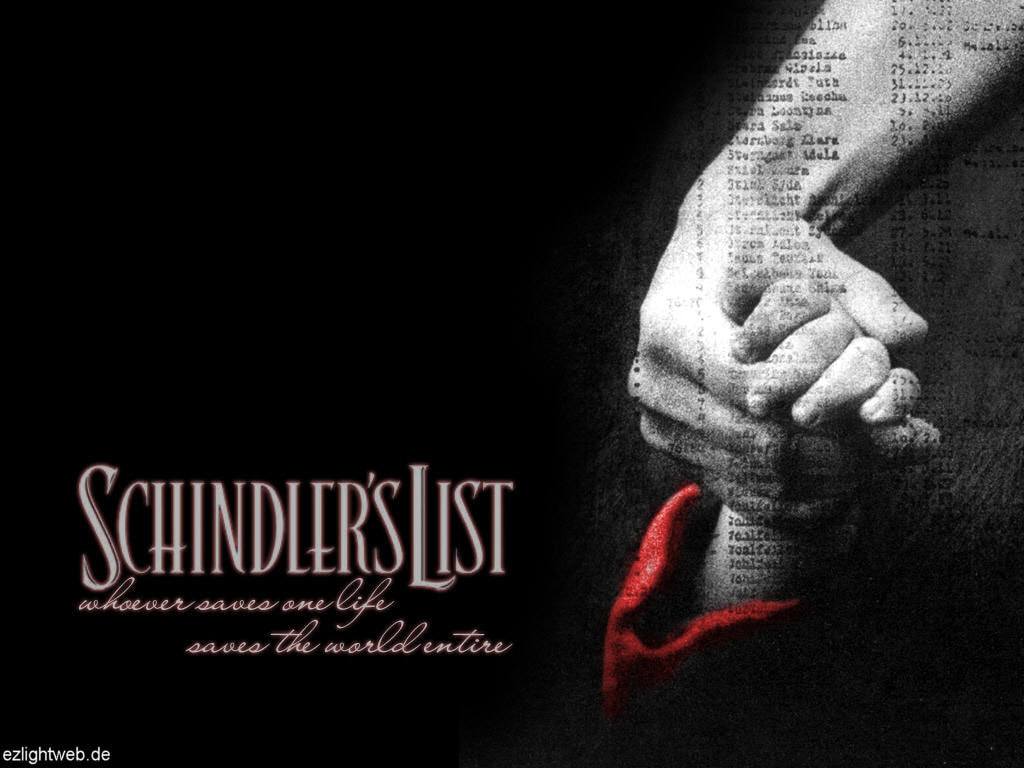 Based on Thomas Keneally’s 1982 historical nonfiction novel, Schindler's List tells the true story of Oskar Schindler (Liam Neeson), a Nazi Party member who turns into an unlikely hero by saving 1,200 Jews from concentration camps all over Poland and Germany by employing them in his factories during the Holocaust.
The idea for a biographical film about the Schindler Jews first began in 1963 when survivor Poldek Pfefferberg made a life’s mission to tell the story of his savior, Oskar Schindler. He tried to gain interest through many screenwriters and filmmakers over the years, but with no luck. When he learned that Thomas Keneally was a novelist after meeting him in 1980, Pfefferberg showed him some extensive files on Schindler which would give Keneally enough interest in writing a book. After it was published, the head of Universal Studios at the time, Sidney Sheinberg, sent a review of the novel from the New York Times to filmmaker Steven Spielberg, who did express enough interest to the studio in buying the film rights, only to start filming in 10 years. Spielberg at the time wasn’t sure if he was mature enough to make a film about the Holocaust, even wanting to pass the project on to other directors before officially deciding to take it on himself. Spielberg had that and another project in the works at Universal when Sheinberg gave Schindler's List the greenlit, but only on the condition that he’d make Jurassic Park first.

After having its world premiere in Washington, D.C. on November 30th, Schindler’s List opened in theaters nationwide on December 15th, 1993 to instant acclaim. It also became one of the highest-grossing films of that year, with Jurassic Park taking the top. On March 21st, 1994, Schindler's List won 7 Academy Awards for Best Picture, Best Director (Steven Spielberg), Best Adapted Screenplay (Steven Zaillian), Best Art Direction, Best Cinematography, Best Film Editing, and Best Original Score (the fifth and final win to date for John Williams). Only a select few filmmakers can say that they've made an important film. Not a great film, or a critically acclaimed film, or an award-winning film, or even a meaningful film. There are hundreds, if not thousands, of talented directors who share such claims to fame. But an important film? Those are all in a category of their own, and it's a very, very small one. Schindler's List is one such rarity, and its importance to cinema and history. That can not and should not be understated.
By the way, please stop having celebrities present awards they have a film nominated in! While it was great that Harrison Ford got to present Best Picture to his friend/colleague Steven Spielberg, he also had a film in contention that year, which was The Fugitive.
Proudly powered by Weebly
KARE REVIEWS