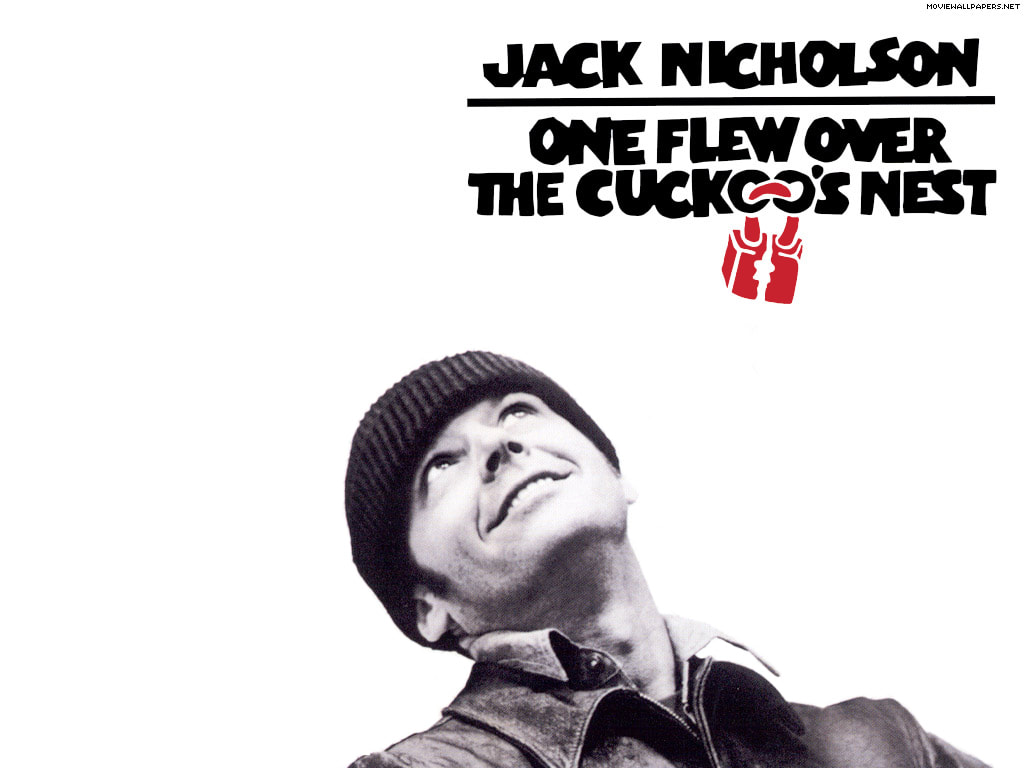 Based on Ken Kesey’s 1962 novel of the same name, One Flew Over the Cuckoo’s Nest is set in Oregon where a recidivist criminal Randle McMurphy (Jack Nicholson) is transferred to a mental institution after serving a short sentence on a prison farm for statutory rape of a 15-year-old. Though not actually mentally ill, McMurphy pleaded insanity in order to avoid hard labor and serve the rest of his sentence in a relaxed environment. Upon arriving at the hospital, he encounters a motley crew of mostly voluntary inmates, including cowed mama's boy Billy (Brad Dourif) and silent Native American Chief Bromden (Will Sampson), presided over by the icy Nurse Ratched (Louise Fletcher). Ratched and McMurphy recognize that each is the other's worst enemy: an authority figure who equates sanity with correct behavior, and a misfit who is charismatic enough to dismantle the system simply by living as he pleases. However, Nurse Ratched has the machinery of power on her side to ensure that McMurphy will not defeat her. Still, McMurphy's message to live free or die is ultimately not lost on one inmate, revealing that escape is still possible even from the most oppressive conditions.
After originating the role of McMurphy in a 1963 stage adaptation of Kesey’s novel, actor Kirk Douglas had bought the film rights to the story and tried for a decade to bring it to the big screen, but was unable to find a studio willing to make it with him. He eventually gave the rights to his son, Michael Douglas, who succeeded in getting the film produced. Though by then, Kirk was almost 60, considered too old for the McMurphy role, which ultimately went to 38-year-old Jack Nicholson.

​After having its world premiere at the Paris Film Festival, One Flew Over the Cuckoo’s Nest was released in theaters nationwide on November 19th, 1975, where it received heavy acclaim from critics. Over the years, the movie itself has been regarded as one of the greatest American films ever made. On March 29th, 1976, One Flew Over the Cuckoo’s Nest won 5 Academy Awards for Best Picture, Best Director (Miloš Forman), Best Actor (Jack Nicholson), Best Actress (Louise Fletcher), and Best Adapted Screenplay (Lawrence Hauben & Bo Goldman). In fact, it became the second film in history to have won all five major Oscars following 1934’s It Happened One Night.
Proudly powered by Weebly
KARE REVIEWS