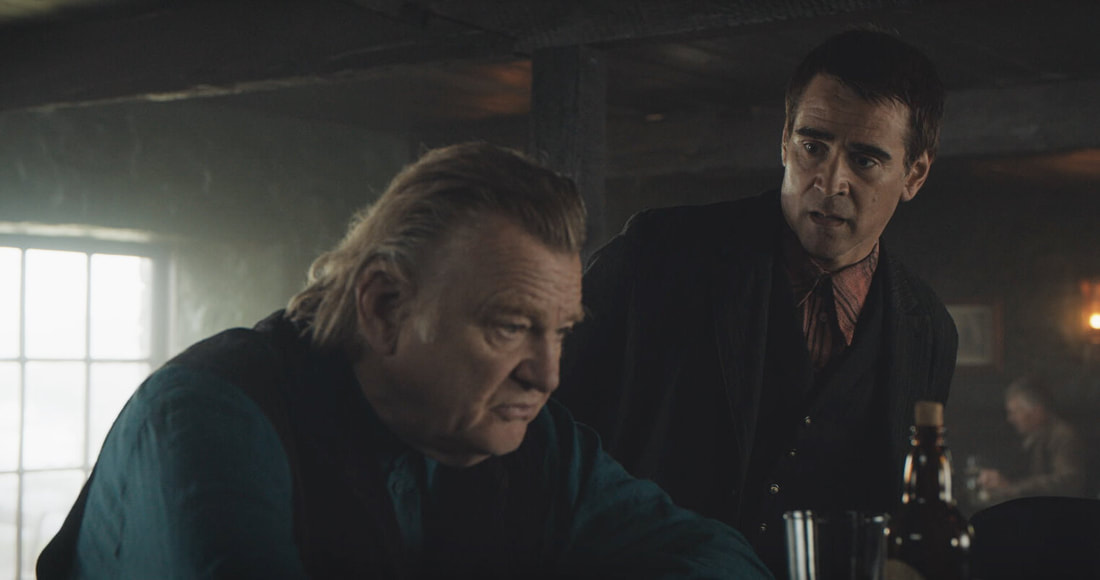 Set in 1923 on a remote island off the west coast of Ireland, The Banshees of Inisherin follows lifelong friends Pádraic (Colin Farrell) and Colm (Brendan Gleeson), who find themselves at an impasse when Colm unexpectedly puts an end to their friendship. A stunned Pádraic, aided by his sister Siobhán (Kerry Condon) and troubled young islander Dominic (Barry Keoghan), endeavors to repair the relationship, refusing to take no for an answer. But Padraic's repeated efforts only strengthen his former friend's resolve and when Colm delivers a desperate ultimatum, events swiftly escalate, with shocking consequences.

Martin McDonagh crafted such an onion of a movie. What starts out with a more feel good tone turns into a darkly twisted story. So many layers peel off as the film goes on. The cinematography by Ben Davis is stunning from the exterior shots of Ireland to the lighting in the interior scenes. The editing by Mikkel E. G. Nielsen has the exact kind of pacing I’d like to have in any movie. Not too fast, not too slow, just right. Carter Burwell’s musical score is quite elegant.

Colin Farrell gives such a deeply effective performance as Pádraic. Brendan Gleeson has quite a tricky character to pull off as Colm. On the outside, he appears to be quiet and reserved. Although at certain points in the story, the audience gets to see a very empathetic side of him. Their relationship really is the heart and soul of this film. Barry Keoghan is quite good as the local troubled man, Dominic. However, the real standout of the cast to me is Kerry Condon, who plays Pádraic’s caring sister, Siobhán. It may have something to do with me not having any prior familiarity with the actress, but she really does deliver some strong work here.

Overall, I think The Banshees of Inisherin absolutely lives up to all the buzz it’s been getting. It has great performances, an unpredictable story, and an ambiguous ending. Some may be put off by the content on display, although others may be engrossed by everything else.