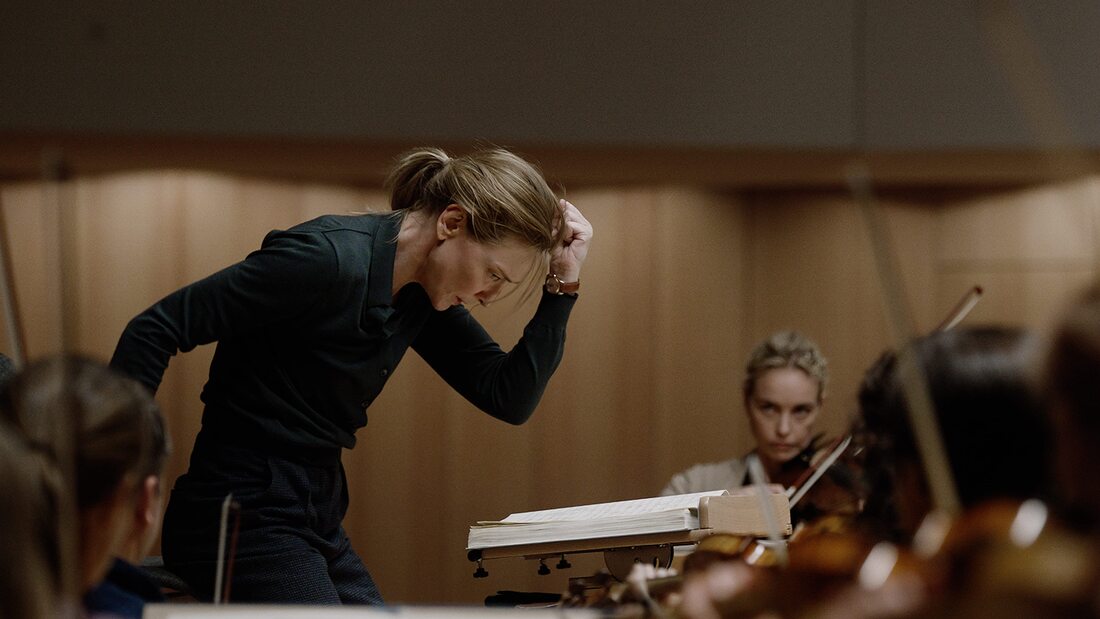 Tár is set in the international world of Western classical music. The story centers on the fictional Lydia Tár (Cate Blanchett). She is widely considered to be one of the greatest living composer-conductors and first-ever female music director of a major German orchestra. This is the first movie from writer/director Todd Field in 16 years. He previously delivered two Oscar nominated feature films such as 2001's In the Bedroom and 2006's Little Children.

Field really lets his actors take center stage in Tár. Most of the techs don’t really stand out. Although Florian Hoffmeister’s cinematography successfully pulls off some dramatic scenes done in one long continuous shot multiple times throughout. The editing by Monika Willi manages to keep this two and a half hour movie from not feeling its duration at all. The pacing isn’t fast nor slow. I may have wondered when the whole thing was going to be over as it went on, but I was never bored. Plus, this montage at the beginning was impressively together.

This really is the Cate Blanchett show. She’s absolutely one of the greatest actresses working today. She almost always brings some elegance to a lot of her roles. As for her performance here, it’s very lived in. The strength she brought to the character of Lydia Tár really kept me invested from beginning to end. In the scenes where she’s conducting an orchestra, they’re so incredibly breathtaking. Blanchett literally went for it in those sequences.

Overall, I found Tár to be a compelling character study. It may be long, but if you’re willing to commit your attention to a two and a half hour film like this, I’d say give it a chance. I think it is definitely worth seeing for Blanchett’s performance alone.