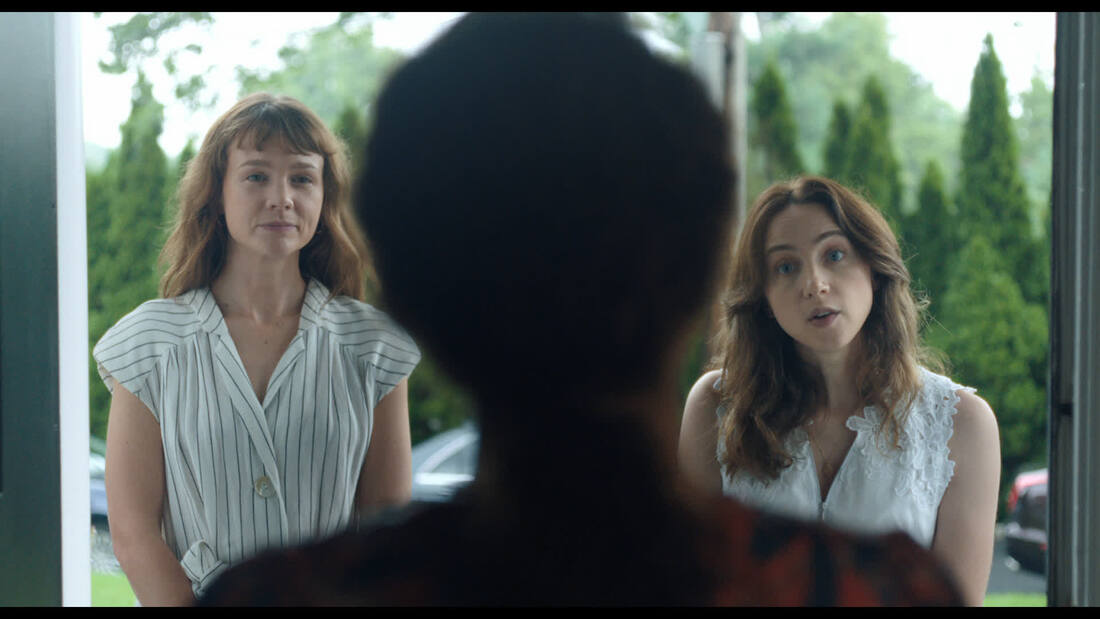 Based on Jodi Kantor, Megan Twohey, & Rebecca Corbett’s New York Times’ investigation as well as Kantor & Twohey’s 2019 nonfiction book of the same name, She Said explores the investigation that exposed Harvey Weinstein's history of abuse and sexual misconduct against women. One of the most important stories in a generation that was broken by reporters Megan Twohey (Carey Mulligan) and Jodi Kantor (Zoe Kazan). A story that helped ignite a movement and shattered decades of silence around the subject of sexual assault in Hollywood.

Director Maria Schrader very effectively approaches the story as if it was a documentary. Mainly in that the whole time I was watching this, I felt like a fly on the wall witnessing the events as they happened. Not to mention that when Jodi and Megan are both individually interviewing the rape victims, we get brief glimpses of the locations they described as opposed to full on flashbacks. I thought that seemed like a smart choice. Nicholas Britell’s musical score is quite complementary to the tone.

Carey Mulligan and Zoe Kazan both give such lived in performances. Rebecca Lenkiewicz’s screenplay does a great job of balancing out their characters in the plot, giving each of them equal amounts of screen time throughout. It also perfectly highlights how Jodi and Megan both balance between their professional and personal lives. The standout of the cast to me would be Jennifer Ehle as Laura Madden, an Irish lady who used to work as an executive at Miramax. The scenes with her hold a lot of emotional weight. I also really liked Samantha Morton’s brief appearance as Zelda Perkins, who was Weinstein’s former PA.

If you’re planning to check out She Said, I hope you are well aware of what you’d be getting yourself into going in. When the rape victims are interviewed during the film, you really get the sense of how uncomfortable they feel in talking about their encounters with Harvey Weinstein. Though by the end, you’ll have learned a whole lot about how exactly the investigation went down in a satisfying way.