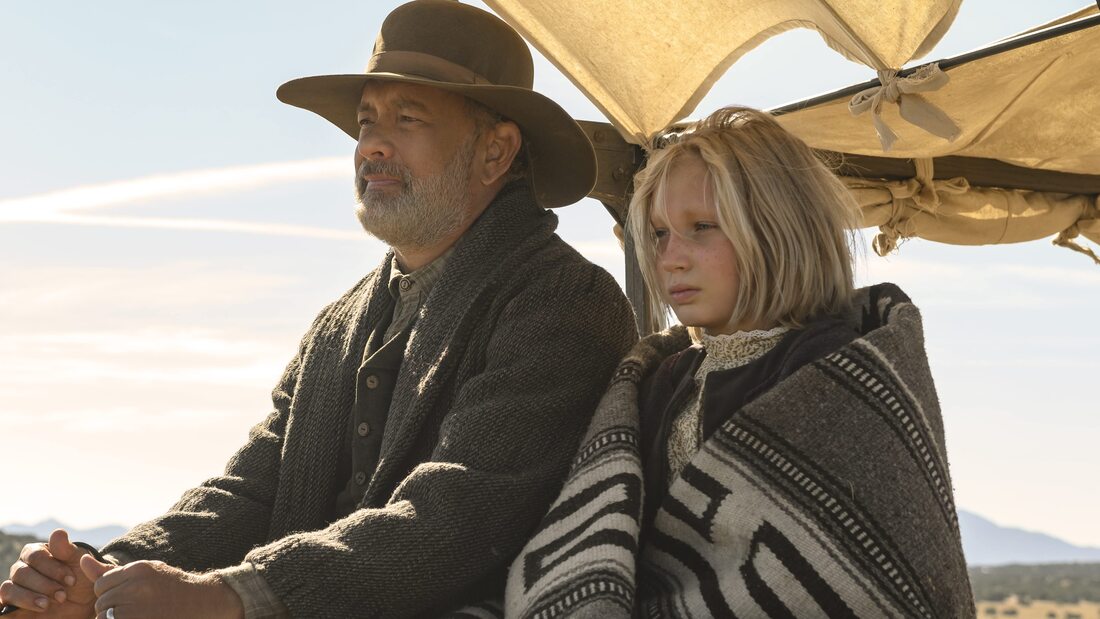 Based on Paulette Jiles' 2016 novel of the same name, News of the World is set five years after the end of the Civil War. The story follows Captain Jefferson Kyle Kidd (Tom Hanks), a widowed veteran of three wars who moves from town to town as a non-fiction storyteller, sharing the news of presidents and queens, glorious feuds, devastating catastrophes, and gripping adventures from the far reaches of the globe. In the plains of Texas, he crosses paths with Johanna (Helena Zengel), a 10-year-old girl who was taken in by the Kiowa people six years earlier and raised as one of their own. Hostile to a world she’s never experienced, Johanna is being returned to her biological aunt and uncle against her will. Kidd agrees to deliver her where the law says she belongs. As they travel hundreds of miles into the unforgiving wilderness, the two of them face tremendous challenges of both human and natural forces as they search for a place that either one of them can call home.

I found News of the World to be such an atypical kind of western largely thanks to the raw approach by director Paul Greengrass. The movie may be a bit of a slow burn, but I was able to stay invested throughout. Tom Hanks gives a performance that is very laid back while he also stays his usual charismatic self. Though Helena Zegnel's performance in particular I found to be very compelling, especially in her character's quieter moments. She was even able to hold her own against Hanks really well. Not only that, but I thought the two of them also had some great onscreen chemistry together as he pretty much became a father figure to her over the course of the film. They both even shared a very touching moment near the end.

​The images in this movie brought to life by Greengrass in collaboration with cinematographer Dariusz Wolski are visually stunning. James Newton Howard was able to craft quite a terrific musical score that I thought was very evocative of the mood, setting, themes, and emotions on display. Overall, I wouldn't necessarily call News of the World a must-see, but I do think that it is worth watching.