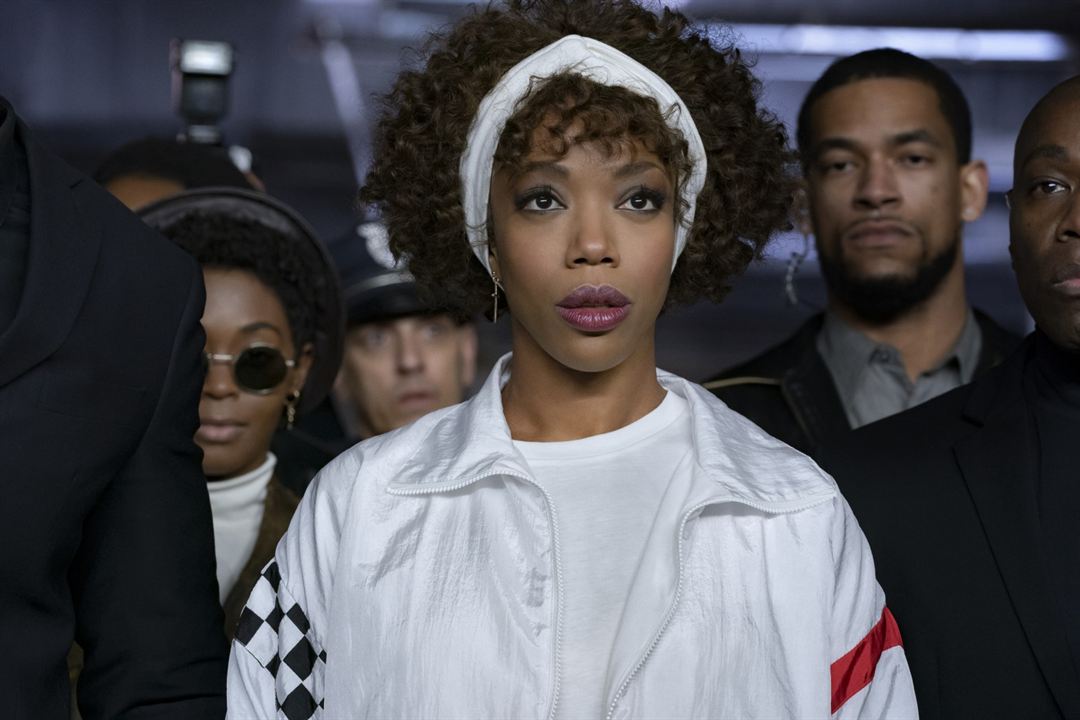 I Wanna Dance with Somebody is a biopic about legendary recording artist Whitney Houston (Naomi Ackie). Discovered by record executive Clive Davis (Stanley Tucci), she rises from obscurity to international fame in the 1980s to become one of the greatest singers of her generation. As I mentioned in the previous paragraph, the screenplay here is by Anthony McCarten. This is a guy who previously wrote three biographical films such as 2014's The Theory of Everything (which won Eddie Redmayne a Best Actor Oscar for his performance as Stephen Hawking) 2017's Darkest Hour (which won Gary Oldman a Best Actor Oscar for his performance as Winston Churchill) and 2018's Bohemian Rhapsody (which won Rami Malek a Best Actor Oscar for his performance as Freddie Mercury). So for a while, I definitely had my on this regarding its potential awards prospects.

Naomi Ackie truly shines as Whitney Houston. She provides some strong dramatic work in several scenes with Ashton Sanders, who plays her husband, Bobby Brown. Despite her singing being backed up by the real Whitney Houston, Ackie still handles the sequences where she’s performing very well. It is such a lively performance. I also thought the chemistry she shared with Stanley Tucci as Clive Davis felt so lived in. Not to mention that Tucci himself is quite humble as the legendary record producer.

As for the rest of the movie, it’s pretty much your standard musician biopic. It ticks off a lot of the boxes of what to expect from them. The storytelling just goes through the bullet points of Houston’s career from the beginning to her death in 2012. The whole thing covers a lot of ground throughout its two and a half hour runtime. There were some plot points from early on that I didn’t even remember until they were brought up again later in the film. I think if you wanna tell Whitney Houston’s entire life story on screen, a television miniseries would’ve been a better idea.

Older audience members who have such fondness for her music will likely enjoy I Wanna Dance with Somebody for the most part. Naomi Ackie’s work and the performance sequences are definitely the highlights. However, I’m one of those people who prefers biopics to take one specific part of a person’s life and focus on that. So I just wish that director Kasi Lemmons and screenwriter Anthony McCarten had more of a main focal point with this.