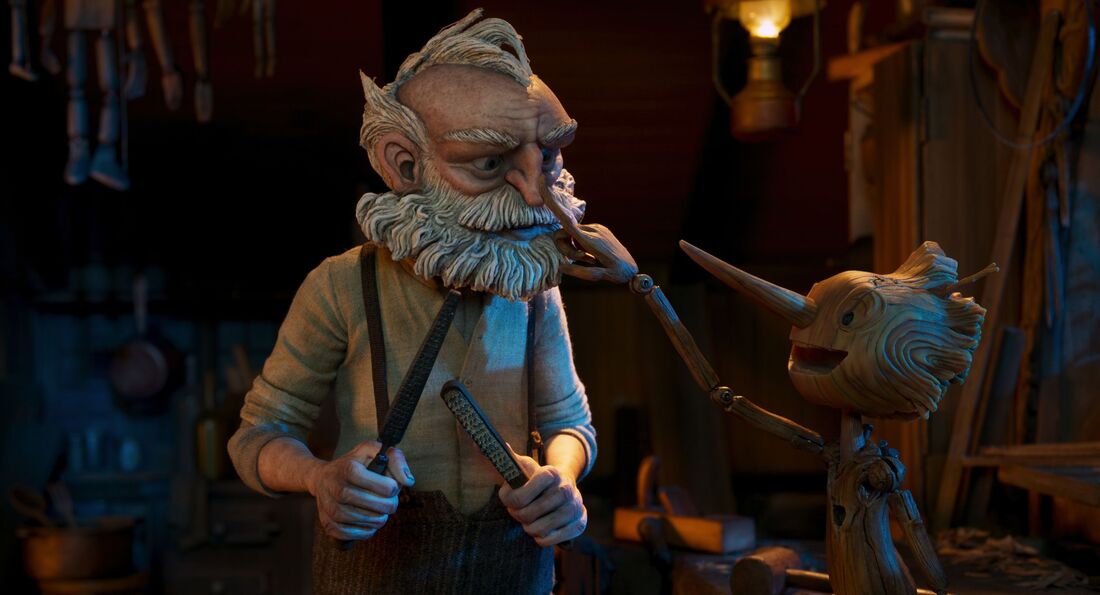 Based on Carlo Collodi’s classic fairy tale novel, Pinocchio tells the story of a wooden marionette (Gregory Mann) who is magically brought to life in order to mend the heart of a grieving woodcarver named Geppetto (David Bradley). With the help of him and his conscience Sebastian J. Cricket (Ewan McGregor), Pinocchio will learn what it is to be human, and see the world's many paradoxes of life. Obviously, this story has been told in various forms of media so many times. Providing a plot synopsis probably wasn't necessary.

However, in the hands of filmmaker Guillermo del Toro, he approaches this adaptation as a story you may think you know, but you don't. This certainly isn’t your grandparents’ Pinocchio. A lot of the story beats are of course the same, but they’re done in ways you could never imagine. It may be rated PG, but little kids may get frightened by some of the content on display. Although what has stayed consistent to great effect is the heart and themes of this story.

The opening sequence does such an elegant job of establishing Gepetto as a character as well as his motivations for wanting to carve the famous little wooden boy. From there, we get a bit more of an in-depth adaptation of this tale with some genius twists. Visually, everything looks so imaginative. The soundtrack by Alexandre Desplat is so stunning. Not just the underscore, but also the original songs he co-wrote with Roeban Katz and Guillermo del Toro. They’re staged so well that I’d like to see what del Toro could do with a full fledged live action movie musical.

Gregory Mann gives quite a strong-willed voice performance as the title character. He really makes you care for him as he goes through his trials and tribulations over the course of the film. One of his standout moments to me is a heartfelt solo number he sings titled ‘Ciao Papa.’ David Bradley is excellent as Geptetto. The relationship he has with Pinocchio feels very emotionally real. Ewan McGregor proves to be inspired casting as Sebastian J. Cricket. The charisma he brings to that character feels like the right requirements of what it needs (especially when it comes to narrating the story). Not to mention that he also has such a memorable song performed during the end credits titled ‘Better Tomorrows.’ Christoph Waltz is perfectly despicable as the scheming ringmaster, Count Volpe.

In this day and age where so many classics get retold over and over again, Guillermo del Toro’s Pinocchio is more than just a worthy interpretation of the Carlo Collodi tale. It really brings a whole new perspective to a story many already know. Plus, the universal theme of fathers and sons is represented here in such a unique way. This film is currently available to stream on Netflix.