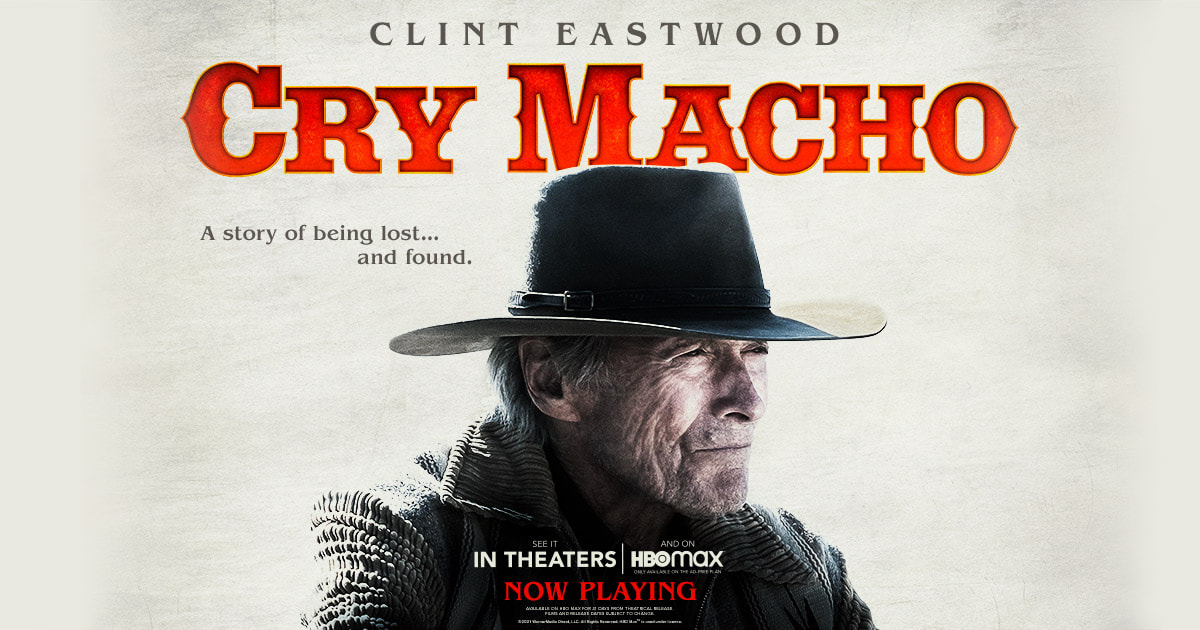 Based on N. Richard Nash’s 1975 novel of the same name, Cry Macho follows Mike Milo (Clint Eastwood), a one-time rodeo star and washed up horse breeder. In 1979, he ends up taking a job from a former boss (Dwight Yoakam) in order to bring the man’s young son (Eduardo Minett) home. The two of them travel through Mexico on their way back to Texas as the unlikely pair faces an unexpectedly challenging journey during which the world-weary horse man may find his own sense of redemption.

Cry Macho's journey to the big screen actually dates all the way back to the 1970s. N. Richard Nash originally wrote the story as a screenplay that was rejected twice by 20th Century Fox. So he reworked the material as a novel that ended up getting published on June 11th, 1975. When the book became a success, Nash pitched his previous draft of the screenplay to several studios before his death on December 11th, 2000. Hollywood legend Clint Eastwood first came across the source material back in 1988 when producer Albert S. Ruddy offered him the starring role, but he opted out to reprise his role as Dirty Harry in The Dead Pool. After many other failed attempts, Cry Macho finally entered production in the fall of last year with Eastwood not only starring in the film, but also producing and directing it as well.

Clint Eastwood’s work in front of the camera here may be getting a polarizing response, but I actually enjoyed his performance in this movie. His onscreen presence in general doesn’t appear as often as it used to, so I thought it was very welcoming this time around. I also liked how several of his lines of dialogue were able to give the film some good comic relief. Although I thought Eduardo Minnett was quite good as Rafo. He was able to hold his own against Clint Eastwood pretty well, and I found their chemistry together to be pretty compelling. I hope Minnett takes on some more English-language projects after this. Mark Mancina’s musical score in my opinion does what I think any good film score should do, which is to be very evocative of the themes, mood, and setting. He not only accomplishes that with his music here, but I also found it to be very unique in my opinion.

For those who may have some slight interest in seeing Cry Macho, but aren’t really sure, I’d suggest watching it at home on HBO Max (where it's currently streaming through October 17th). Although if you prefer to see this in a movie theater, then I’d suggest catching it at matinee price.