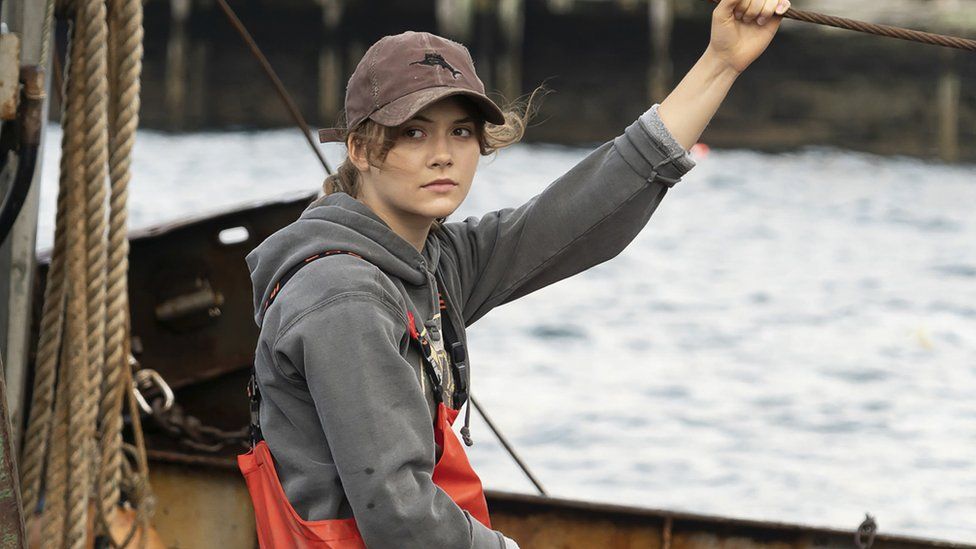 Based on Éric Lartigau’s 2014 French film titled La Famille Bélier, this movie follows Ruby Rossi (Emilia Jones), a child of deaf adults, otherwise known as CODA, as she is the only hearing person in her family. Her parents, Frank (Troy Kotsur) and Jackie (Marlee Matlin), as well as her older brother, Leo (Daniel Durant), are all culturally deaf. Ruby works alongside Frank and Leo in their fishing business. Though when she discovers a passion for singing, she starts to become torn between pursuing her dreams and her family obligations.

Despite having already been acting professionally since she was a child, Emilia Jones feels like a discovery in this movie. She not only gives such a strong acting performance, but she also sings very well in the moments where she gets to show off her voice. The journey her character goes on here reminds me a lot of Billy Elliot. She’s this kid who has this special talent, and wants to study it in school much to the dismay of her family. It may be a familiar troupe, but it works. I also thought she shared some great chemistry with Ferdia Walsh-Peelo as her classmate, Miles, which grows a lot throughout the film.

Troy Kotsur and Marlee Matlin are perfectly cast in their roles. It may help that they both happen to be deaf in real life (Matlin especially won an Oscar for her motion picture debut as a deaf girl in 1986's Children of a Lesser God), but they are also very caring as Ruby’s parents. Kotsur in particular also provides some great comic relief with several of the things he says (or in this case, signs). Without giving too much away, there’s this moment in the third act where we the audience don’t hear anything at all. I thought that was really clever as it was able to put us in the ears of both Frank and Jackie. I should give credit to director Siân Heder for not only that, but also for providing a (very fitting) quiet approach to the film.

Overall, I found CODA to be such a poignant coming-of-age story. The main character may be the only hearing member of a deaf family, but it’s still easy to relate to what she goes through. This movie is currently available to stream on Apple TV+.