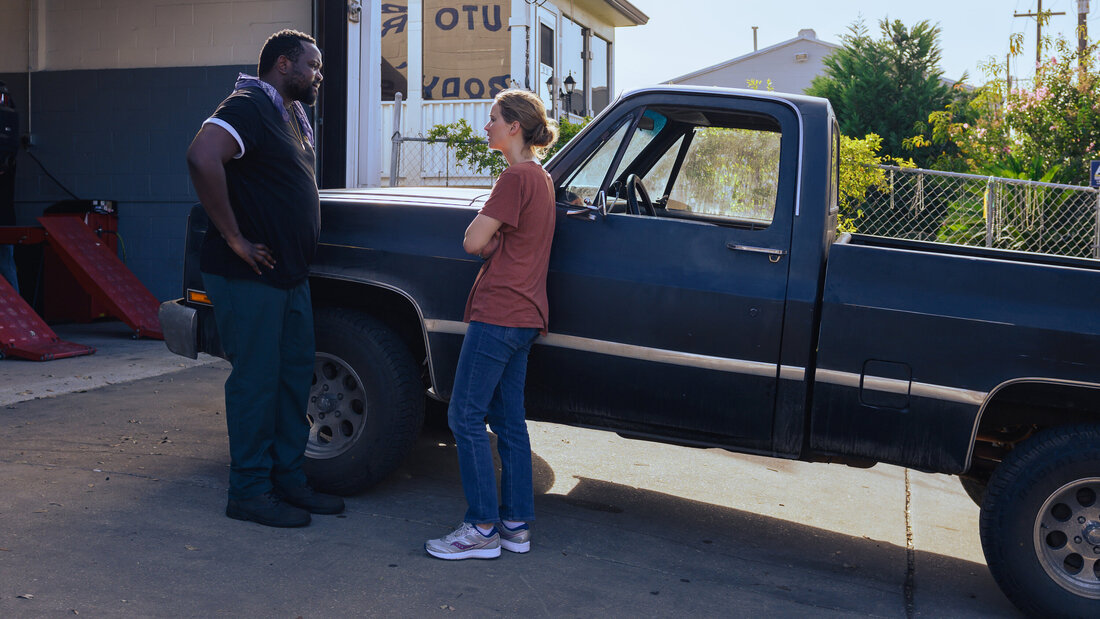 Causeway follows Lynsey (Jennifer Lawrence), a U.S. soldier who experiences a traumatic brain injury during her tour in Afghanistan. As a result, she is forced to return home to New Orleans, Louisiana. She struggles to return to her daily life with her mother (Linda Emond) as she waits for her eventual redeployment. When Lynsey meets a local mechanic (Brian Tyree Henry), the pair begin to forge an unexpected bond.

From having previously worked in the theatre helming small scaled dramas, Lila Neugebauer brings that background here to her first feature film. The directing on display isn’t particularly showy, but it does serve the story. Neugebauer does a decent enough job overall. None of the techs really shine. Although credit must be given to Alex Somers for crafting a haunting musical score. If there is one thing any theatre director knows how to do well in any medium is getting good performances out of their actors, which is certainly the case with this movie.

Jennifer Lawrence’s subdued, yet effective work here harkens back to her breakout role in 2010's Winter’s Bone. The way she deals with her character’s struggles really is some of the most compelling stuff she’s ever done. She also shares some good scenes with her mother, played pretty well by Linda Emond. However, Brian Tyree Henry gets plenty of standout moments. His character has quite a tragic backstory, which the audience is only told about and never sees what he describes. Then again, it is still easy to feel what he’s gone through and continues to go through as he moves on in life. I enjoyed watching his chemistry with Lawrence grow from where it begins to where it ends up.

Movies like this usually leave me feeling cold. Causeway would have fallen into that category if not for the performances from everyone involved. The film as a whole is decently made, but nothing to write home about in my opinion. I’d say I respected this more for the acting than the whole entity itself. Causeway is currently available to stream on Apple TV+.