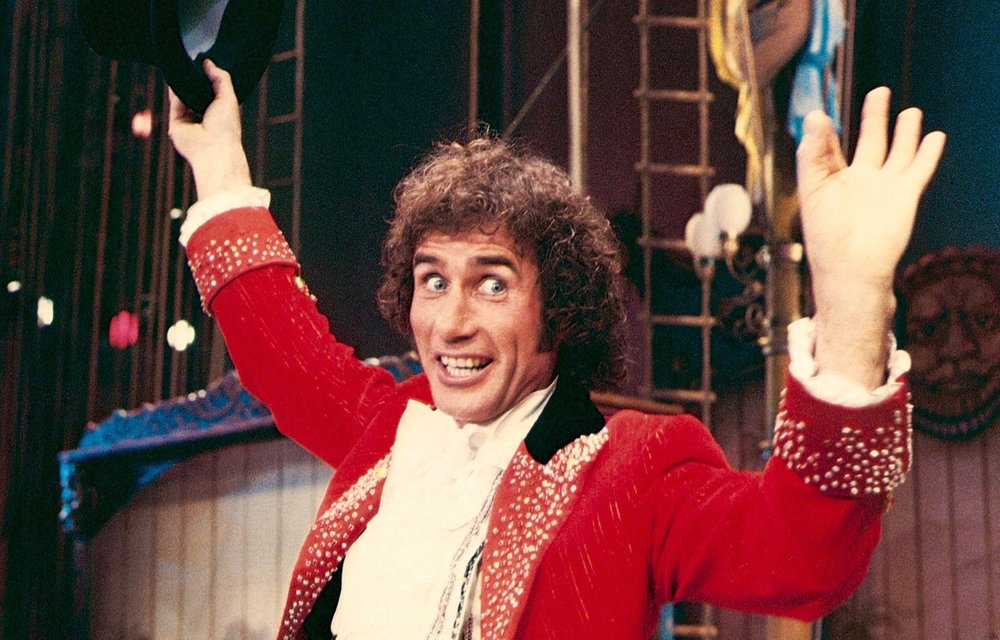 Welcome back to my 'And the Tony Almost Went to...' series, where I take a deep dive into a show that was the (likely) runner-up in the Best Musical race of any previous Tony Awards year. Whether any of you may or may not have already heard, all of Broadway has been shutdown until further notice due to the coronavirus pandemic. As a result, this year's Tony Awards have been postponed indefinitely. While it's probably gonna be a long wait until this pandemic clears up, something I am planning to keep everyone occupied in the meantime is more features in this series. Today, we'll be talking about 1980, where the show being discussed just so happens to be celebrating its 40th anniversary.
This musical is based on the life of showman P.T. Barnum, covering the period from 1835 through 1880 in America and major cities of the world where Barnum took his performing companies. The characters included jugglers, trapeze artists and clowns, as well as such real-life personalities as Jenny Lind and General Tom Thumb.

Long before there was ever a movie musical about a fictionalized version of P.T. Barnum titled The Greatest Showman, there was a Broadway musical with a book by Mark Bramble (42nd Street), music by Cy Coleman (Sweet Charity), and lyrics by Michael Stewart (the book writer behind Hello, Dolly!). The story of Barnum's rise to fame was told within the framework of a three-ring circus. The show utilized this setting as a metaphor for the risks that come with success, walking that proverbial tightrope known as “life”.

​Barnum opened on April 30th, 1980 at the St. James Theatre on Broadway. The original cast included Jim Dale as P.T. Barnum, Glenn Close as Charity Barnum, Terri White as Joice Heith, Marianne Tatum as Jenny Lind, Leonard John Crofoot as General Tom Thumb, Kelly Walters as Amos Scudder, William C. Witter as The Ringmaster/James Bailey, Terrence Mann as Chester Lyman, Dirk Lumbard as Mr. Stratton, and Sophie Schwab as Mrs. Stratton. It's worth noting that this show not only marked Terrence Mann's Broadway debut, but it was also through his co-star, Dirk Lumbard, that he learned about two roles that later became associated with his career, The Rum Tum Tugger in Cats and Javert in Les Misérables.

*denotes an award it won

​Yet, it could not overcome the juggernaut of the season that was...
Why Didn't Barnum Win?: A