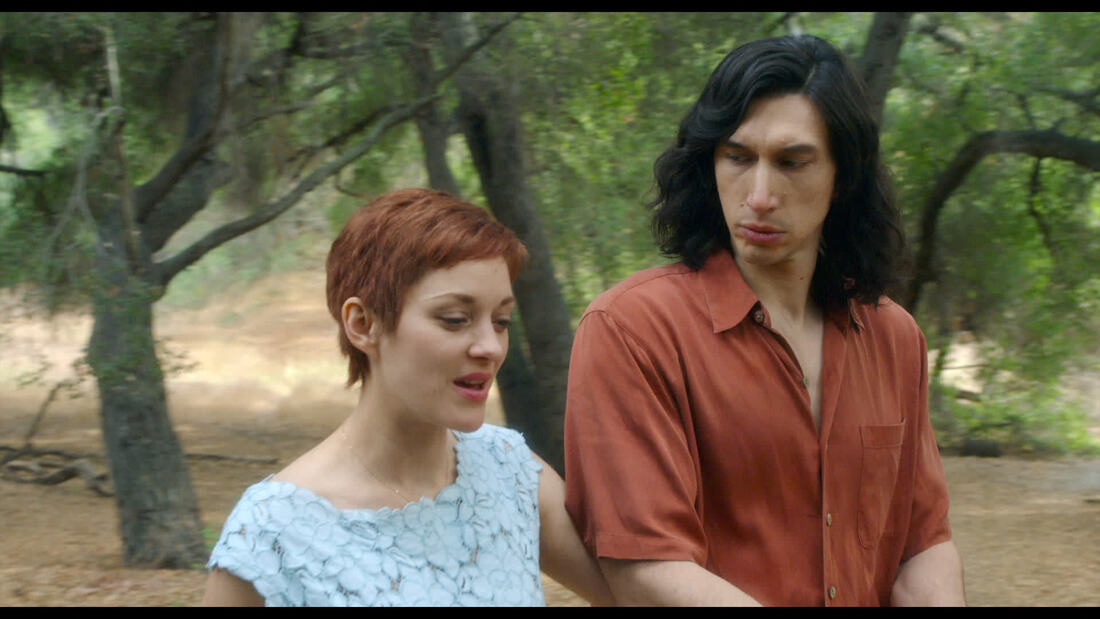 Annette is centered on two performers of different professions in the city of Los Angeles. Henry (Adam Driver) is a stand-up comedian with a fierce humor. Ann (Marion Cotillard) is an internationally renowned opera singer. Together, under the spotlight, they become a happy and glamorous couple. Though their lives turn upside down following the birth of their child, Annette, a mysterious girl with an exceptional destiny.

This is a movie that has apparently been divisive among those who have seen it, and I can see why. Writer/director Leos Carax is an auteur filmmaker who approaches the genre of movie musicals very differently from what audiences are typically used to. The story is mostly told through a very unique score written by Ron & Russell Meal of the pop/rock duo, Sparks, with minimal lines of spoken dialogue. The songs are staged in a more non showy, naturalistic way, even the chorus numbers. The plot is a bit of a downer. Plus, this film at times feels its two hour and twenty minute running time.

As for what I liked, I thought Adam Driver gave a very committed performance throughout. While his singing may not be the most accomplished in the world, it does at least serve his character well. In the scenes where he’s performing stand-up comedy, he provides such a commanding presence that if anyone were to watch him live and in person, they’d be easily hooked. I also found Marion Cotillard’s work here to be quite compelling. Not to mention that the puppet work for baby Annette is impressive to behold.

Overall, Annette is a film I may admire for its all around boldness, but I’m not really fond of the end results. If you happen to be interested in watching it, I would give it a mild recommendation because there is a whole lot of interesting stuff going on. Though please be aware of what you’d be getting yourself into. Annette is currently available to stream on Amazon Prime Video.