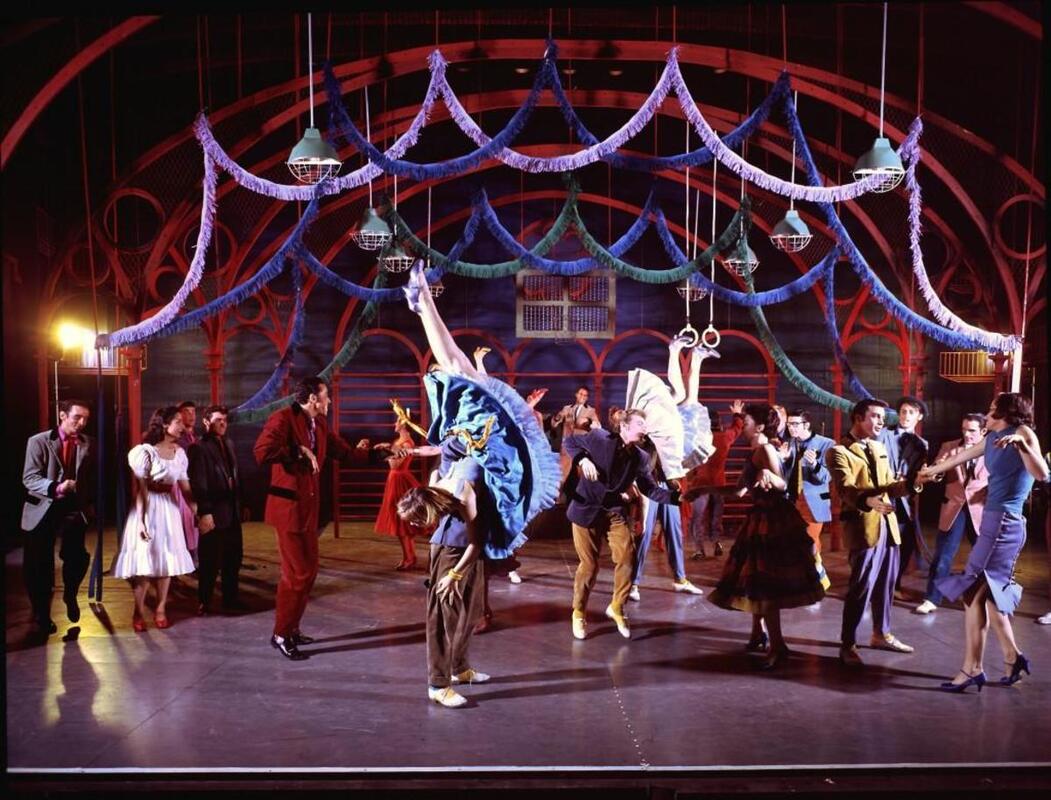 Welcome back to my 'And the Tony Almost Went to...' series, where I take a deep dive into a show that was the (likely) runner-up in the Best Musical race of any previous Tony Awards year. 2020* is set to be a pretty big year for the iconic 1957 award-winning musical, West Side Story. Tonight marks the opening of a brand new Broadway revival while on December 18th, a brand new film adaptation directed by Steven Spielberg will be released in movie theaters. However, people have been reserved about these two projects for different reasons. With the new revival, a lot has been talked about regarding certain edits that were made to the material to make the show run without an intermission as well as the questionable casting of Amar Ramasar as Bernardo despite him previously getting fired from the New York City Ballet after getting caught sharing sexually explicit photos of a female dancer. Meanwhile, people have been questioning if a new film adaptation even feels necessary because of how the 1961 version is still one of the most celebrated movie musicals to this day. Though with that being said, what we're really here for is to take a look back at the original Broadway production as well as its success at the Tonys.

*On September 23rd, 2020, it was announced that Steven Spielberg's cinematic reimagining of West Side Story (starring Ansel Elgort as Tony despite an accusation he received of sexual assault on June 19th of that year) had been delayed to December 10th, 2021 due to a great majority of movie theaters all over the world being closed due to COVID-19. Meanwhile on August 9th, 2021, it was announced that the Ivo van Hove-helmed revival of West Side Story won't reopen on Broadway following the shutdown of performances all over the New York theatre district because of the pandemic. Producer Kate Horton, who apparently took over responsibilities for the production following Scott Rudin's departure due to abuse allegations he received a few months prior, said "This difficult and painful decision comes after we have explored every possible path to a successful run, and unfortunately, for a variety of reasons, reopening is not a practical proposition."
Inspired by William Shakespeare’s famous play, Romeo & Juliet, West Side Story is set in the Upper West Side neighborhood of New York City in the mid-1950s. The story explores the rivalry between two teenage street gangs of different ethnic backgrounds. The Jets, a white gang, and the Sharks, who are immigrants from Puerto Rico. Meanwhile, Tony, a former member of the Jets and best friend of the gang's leader, Riff, falls in love with Maria, the sister of Bernardo, the leader of the Sharks.

​The genesis of this project all started with director/choreographer Jerome Robbins approaching playwright Arthur Laurents and composer Leonard Bernstein about doing a contemporary musical adaptation of Romeo & Juliet. He had originally envisioned the plot focusing on the rivalry between an Irish Catholic family and a Jewish family living on the Lower East Side of Manhattan, during the Easter–Passover season. Though after a recent social phenomenon that had received major coverage on the front pages of the morning newspapers due to a Chicano turf war between juvenile delinquent gangs, all three of them decided to have the rivalry between Americans and Puerto Ricans instead. The team of Betty Comden & Adolph Green were originally invited to write the lyrics, but they both opted out to work on Peter Pan. Luckily, Laurents had already known of an aspiring young songwriter by the name of Stephen Sondheim, and asked him if he'd be interested in working on the project. Sondheim turned down the offer at first because he was determined to write both music and lyrics for a musical as opposed to just one of the two. Yet, it was his mentor, Oscar Hammerstein II, who persuaded Steve to reconsider, feeling that he would learn a whole lot from the experience. What was also beneficial to that was when the creative team struggled to find a producer to get a stage production financed, Sondheim was able to bring his friend, Hal Prince, on board along with his producing partner at the time, Robert Griffith.

After having its out-of-town tryouts in Washington, D.C. and Philadelphia, West Side Story opened on September 26th, 1957 at the Winter Garden Theatre on Broadway. The original cast included Larry Kert as Tony, Carol Lawrence as Maria, Michael Callan as Riff, Ken LeRoy as Bernardo, Chita Rivera as Anita, Eddie Roll as Action, Jamie Sanchez as Chino, Arch Johnson as Lt. Schrank, Art Smith as Doc, and William Bramley as Officer Krupke.

​Yet, despite being very innovative (especially at the time), it could not overcome the smash hit of the season that was...
Why Didn't West Side Story Win?: The original production was more of a success through its critical reception than an outright smash when it opened. Though for the most part, critics still had some problems with the show. It's also worth noting that back in the late 1950s, musicals like that were not what theater audiences typically looked for when going for a night out on Broadway. I think it's very clear that West Side Story was way ahead of its time, and that no one could've predicted its influence 60+ years later. After all, the Tonys celebrate the best of the season, not the shows that will last a lifetime. Awards are only meant to be reflective of attitudes that were going on in any specific year.

If you take a look at all the Tony winners for Best Musical prior to 1958 (which included Guys & Dolls, The King & I, Wonderful Town, The Pajama Game, Damn Yankees, and My Fair Lady), what they each had in common was that they offered a throwback to simpler times following the events of World War II. That important factor was what pretty much fit the mold of The Music Man, a much more traditional musical comedy that was embraced by audiences of all ages. Not to mention that at the time, there was little if any buzz before The Music Man opened. It was written by a relative unknown, Meredith Willson, and its leading man, Robert Preston, had never really attained the ranks of first class stardom despite spending decades toiling as both a Paramount contract player and a freelancer in films. Yet once the show opened, it quickly became the big smash hit of the 1957-58 season. The Music Man ended up winning 5 Tony Awards for Best Musical, Best Lead Actor in a Musical (Robert Preston), Best Featured Actor in a Musical (David Burns), Best Featured Actress in a Musical (Barbara Cook), and Best Conductor and Musical Director (Herbert Greene).

​Though in the years since, both musicals have enjoyed a pretty great afterlife. When West Side Story was brought to the big screen in 1961, it was not only an instant success both critically and commercially, but it also reinvigorated the property of the original musical and made it into the icon it is today. The film adaptation ended up winning a record of 10 Academy Awards (the most of any movie musical), including Best Picture. Meanwhile, The Music Man was brought to the big screen in 1962 with Robert Preston reprising his signature role as Professor Harold Hill, was one of the biggest hits of that year, and received 6 Academy Award nominations (including Best Picture). Ironically, that show is also going to receive a Broadway revival next year which will be starring Hugh Jackman & Sutton Foster.
Proudly powered by Weebly
KARE REVIEWS