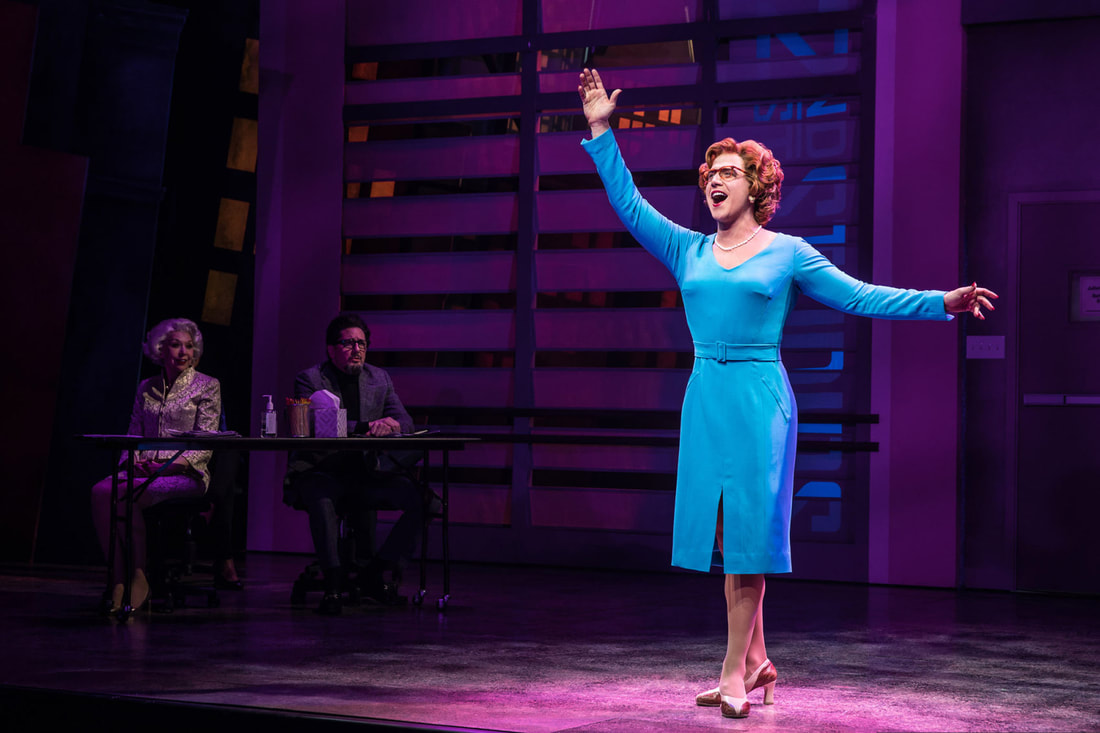 Welcome back to my 'And the Tony Almost Went to...' series, where I take a deep dive into a show that was the (likely) runner-up in the Best Musical race of any previous Tony Awards year. Whether any of you may or may not have already heard, all of Broadway has been shutdown until further notice due to the coronavirus pandemic. As a result, this year's Tony Awards have been postponed indefinitely. While it's probably gonna be a long wait until this pandemic clears up, something I am planning to keep everyone occupied in the meantime is more features in this series. Today, we'll be talking about 2019, which would be last year's ceremony.
Based on Sydney Pollack's 1982 Academy Award-winning film of the same name, Tootsie follows Michael Dorsey, a skilled actor with a talent for not keeping a job. Desperate and out-of-work, Michael makes a last-ditch effort at making his dreams come true...by disguising himself as actress Dorothy Michaels. In a meteoric rise to Broadway stardom, Dorothy soon has audiences falling at her feet while Michael (disguised as Dorothy) is falling for his co-star, Julie Nichols. It isn't long before Michael realizes that maintaining his greatest acting success is going to be much harder than he expected.

Larry Gelbart, who co-wrote the original movie, had spent years trying to get a stage musical adaptation off the ground. Though a big stumbling block was actor Dustin Hoffman, who was the original star. Hoffman was the one who suggested the title in the first place because his mother called him “tootsie” when he was a kid. His contract gave him control of the title character. Hoffman and Gelbart clashed during the making of the film, which prompted Gelbart to say “Never work with an Oscar winner shorter than the statue.” Hoffman blocked Gelbart from using the name Tootsie for the musical. After Larry Gelbart died in 2009, producer Scott Sanders acquired the stage rights, and he went after everyone to write the score from Barry Manilow to Benj Pasek & Justin Paul before settling on David Yazbek. He also nailed down the rights to the title of the show, which at one point was called Dollface. Though the musical ended up completely updating the plot of the original movie. Not only is the story now set in the present, but is also very well aware of how much daytime soap operas nowadays aren’t as big as they were back in the 1980s. So instead, the main protagonist finds himself cast in a (fictional) new Broadway musical.

​Yet, it was the scrappy little show of the season that in the end won the industry over.
Why Didn't Tootsie Win?: Hadestown was the artsy contender that was born in the nonprofit world with a score by singer-songwriter Anaïs Mitchell. According to the New York Times' survey, several Tony voters were very passionate about the show. Even though Hadestown was based on an oft-adapted Greek myth of Orpheus and Eurydice, many voters cited 'originality' as a key factor in their support. One voter specifically told the Times: "Hadestown was not only the best musical, it was the only good one, with an unforgettable score which I’ll be listening to for years after these others become trivia questions,” said one voter. Another voter simply said: “This is my kind of hell.” The musical also apparently benefited from the absence of a consensus alternative. The Times' aforementioned survey mentioned that the show with the strongest shot of overtaking it appeared to have been The Prom, which was an original musical about a high school inclusion controversy. Though Tootsie and Ain’t Too Proud were reportedly not far behind.

​After reading that part, I know some of you are probably wondering why I settled on Tootsie as the (likely) runner-up as opposed to The Prom. While I can definitely see the case for the latter show, it went home empty-handed. Plus, with Tootsie winning two major above the line awards for Lead Actor and Book, that is absolutely nothing to sneeze at. Though in the end, it probably doesn't even matter that much because as we've seen in recent years, Tony voters have been championing shows that really push the boundaries of musical theater such as Once, Fun Home, Hamilton, Dear Evan Hansen, and The Band's Visit. I think Hadestown perfectly fits in that mold. The days of a traditional musical comedy based on a popular movie such as The Producers, Thoroughly Modern Millie, Hairspray, and Monty Python's Spamalot winning big are pretty much over by now.

Meanwhile, Tootsie didn't end up doing so well in the long run as it ended up closing on January 5th, 2020 after 293 performances at a loss of $10,000,000. On the bright side, there are more productions in the works for the future (including a U.S. national tour). In conclusion, I have now covered every single previous Best Musical race from the 21st century (so far). Though if you extend it out into the 1990s, I've covered the last 22 Tony races. From now on, every single new feature in this series will be predating 1998.
Proudly powered by Weebly
KARE REVIEWS