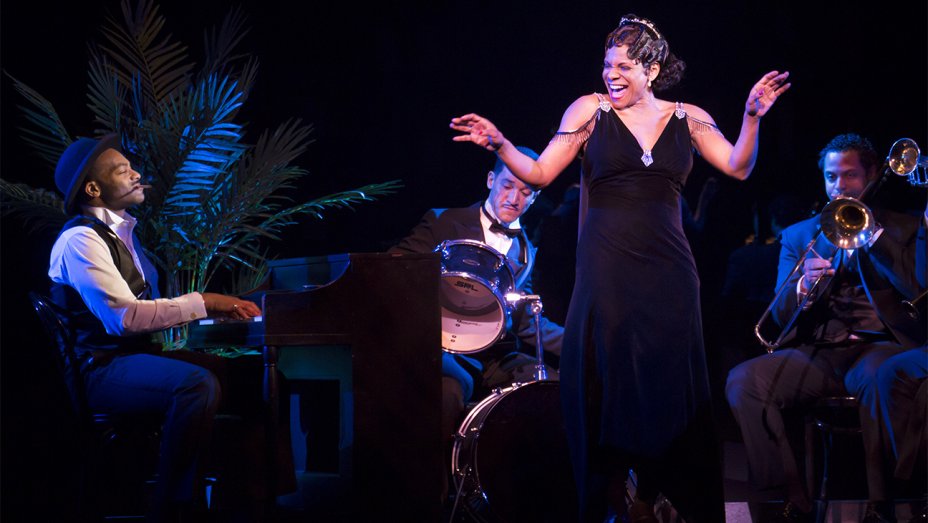 Welcome back to my 'And the Tony Almost Went to...' series, where I take a deep dive into a show that was the (likely) runner-up in the Best Musical race of any previous Tony Awards year. Every week leading up to this year's telecast, I'm covering each of the remaining runners-up from this past decade that I haven't already. This week, we'll be talking about 2016.
Based on the original book of the 1921 musical revue, Shuffle Along, or, the Making of the Musical Sensation of 1921 and All That Followed tells the true story behind the challenges of mounting the original production of Shuffle Along and its effect on Broadway and race relations. This project reunited director/book writer George C. Wolfe and choreographer Savion Glover after having previously achieved great success in 1996 with Bring in 'da Noise, Bring in 'da Funk​.

​Yet, despite all the acclaim and respect the show received, it could not overcome the juggernaut of the season that was...
Why Didn't Shuffle Along... Win?: This has to be the easiest question I've answered yet for this. When Hamilton had its world premiere Off-Broadway the year before, it became an instant success both critically and financially. When the musical made the move to Broadway a few months later, it became a cultural phenomenon. Hamilton also went on to win pretty much every other major award out there, including the Grammy for Best Musical Theater Album and the Pulitzer Prize for Drama.

In fact, leading up to the 2016 Tonys, there was tons of speculation as to whether or not Hamilton would win every single award it was up for. While many people (myself included) predicted a huge sweep, we also thought that it would get stopped in a few categories. Best Choreography was one of them as Shuffle Along... was expected to take that for all the incredible showstopping production numbers Savion Glover was able to put together. Yet, when it was revealed that Andy Blankenbuehler had won for Hamilton during commercials, Shuffle Along... was at that point clearly going home empty-handed.

This does lead to an interesting question, which is if Hamilton did not open on Broadway at all during the 2015-16 season, would Shuffle Along...​ have won Best Musical? I think so. While the show itself did have some detractors, it still had a lot of respect from the industry not only for the cast and creative team, but also for how it brought a forgotten (yet, important) part of Broadway history back into the public's conscious. Not to mention that Shuffle Along... was the only other Best Musical nominee that year to have also received a directing nomination. The other three had their share of detractors. Despite School of Rock being one of the better received new musicals of that season and was seen as a big comeback for Andrew Lloyd Webber, it was never gonna be a contender to win. Bright Star​'s nomination for Best Musical was a big surprise given the show's mixed critical reception, so it's recognition was the award. While Waitress did have its champions, there was also a group of people who didn't think the show itself worked entirely, which was probably evidenced by the fact that it was the only Best Musical nominee that year to have missed a spot in Best Book.

​As for what happened to Shuffle Along..., it was doing pretty well at the box office, but was forced to close early on July 24th, 2016 after 100 performances. Originally, Audra McDonald was planning to take a three-month hiatus to make her West End debut as Billie Holliday in Lady Day at Emerson's Bar & Grill, but ended up getting pregnant with her second child at the age of 45. So she instead planned to take a maternity leave after July 24th while Rhiannon Giddens would take over for her with Savion Glover joining the cast as a member of the ensemble. However, producer Scott Rudin noticed that the advance for the show post-Audra's scheduled departure weren't looking great, so he pretty much had no choice but to close Shuffle Along... very prematurely. Ironically, the musical would be forgotten just like the original Shuffle Along as no cast recording was ever made nor has it been remounted anywhere.

​At least the entire principal cast has been doing well for themselves. Audra McDonald is now back on Broadway in a revival of Terrence McNally's Frankie and Johnny in the Clair de Lune. Brian Stokes Mitchell was just a series regular on CBS' short-lived sitcom, Fam. Billy Porter is now the star of Ryan Murphy's FX drama series, Pose​. Brandon Victor Dixon went on to take over for Leslie Odom, Jr. as Aaron Burr in the Broadway production of Hamilton, and earned an Emmy nomination for his performance as Judas Iscariot in NBC's live telecast of Jesus Christ Superstar. Joshua Henry went on to originated the role of Aaron Burr in the Chicago and first national touring companies of Hamilton, and was Tony nominated last year for his performance as Billy Bigelow in the most recent Broadway revival of Carousel. Adrienne Warren received an Laurence Olivier Award nomination for her performance as Tina Turner in the jukebox/biographical musical, Tina, which she will be reprising on Broadway this fall. Brooks Ashmanskas is currently Tony nominated for his performance as Barry Glickman in The Prom​.
Proudly powered by Weebly
KARE REVIEWS