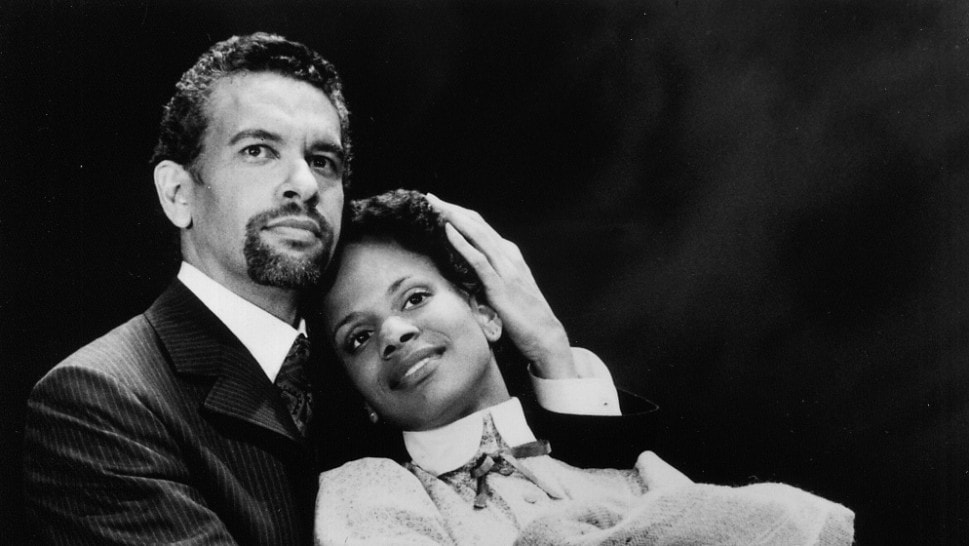 Welcome back to my 'And the Tony Almost Went to...' series, where I take a deep dive into a show that was the (likely) runner-up in the Best Musical race of any previous Tony Awards year. This past season came the return of the 1990 cult musical, Once on This Island, which earned 8 Tony nominations (including Best Revival of a Musical). The original production marked the Broadway debuts of the songwriting team of Lynn Ahrens & Stephen Flaherty. Today, we'll be looking back at what is possibly considered to be their most iconic work as well as its success (no pun intended) at the Tonys.
​Based on E.L. Doctorow's 1975 novel of the same name, Ragtime is set in the volatile melting pot of turn-of-the-century New York where three distinctly American stories are woven together – that of a stifled upper-class wife, and a daring young Harlem musician, and a determined Jewish immigrant. Each of them are united by their courage, compassion and belief in the promise of the future. Together, they confront history's timeless contradictions of wealth and poverty, freedom and prejudice, hope, despair, and what it means to live in America.

​When producer Garth Drabinsky expressed interest in adapting the novel into a Broadway musical, Doctorow agreed only on the condition that he had approval over the creative team as a previous film adaptation from 1981 left him unhappy with the end result. Playwright Terrence McNally was brought on board as book writer. Drabinsky auditioned different songwriters to do the score, giving them a 50-60 page treatment to work from. The team of lyricist Lynn Ahrens & composer Stephen Flaherty were hired after having successfully submitted demo tapes of four songs (three of which remained in the finished musical).

After having its world premiere in Toronto followed by a U.S. premiere at the Shubert Theatre in Los Angeles, Ragtime opened on January 18th, 1998 at a brand new venue known as the Ford Center for the Performing Arts (which is now the Lyric Theatre) on Broadway. The original cast included Marin Mazzie as Mother, Brian Stokes Mitchell as Coalhouse Walker, Jr., Peter Friedman as Tateh, Mark Jacoby as Father, Steven Sutcliffe as Mother’s Younger Brother, Audra McDonald as Sarah, Alex Strange as The Little Boy, and Lea Michele as The Little Girl.

Yet, ​despite sweeping through the precursor prizes such as the Outer Critics Circle, Drama League, and Drama Desk Awards, Ragtime unfortunately suffered from opening the same season as a little known show called...
Why Didn’t Ragtime Win?: While many people have considered the musical to be a masterpiece since its debut, the original Broadway production still received mixed reviews from critics, with complaints that the enormous physical production overshadowed the problems they had with the book. Meanwhile, The Lion King (which was actually playing right across the street) way surpassed everyones expectations all around. When it was announced that Disney was going to be adapting their 1994 Academy Award-winning animated film for the Broadway stage, no one had any idea how it would possibly work. While they had already scored big success with Beauty & the Beast, audiences thought early on that the animated film felt ready to be a full-fledged Broadway musical. Even though The Lion King was already a musical to begin with, the idea of putting it on stage was going to be a huge undertaking because the animated film had no human characters at all, every single one of them were animals in an African Safari. Yet by the time it opened, almost no one was complaining about the enormous physical production director Julie Taymor and her team were able to put together. At that point, the industry started to take Disney more seriously as a player on Broadway.

​Throughout the 1998 awards season, Taymor praised the Mouse House for using its corporate muscle to bring daring, cutting-edge techniques to Broadway. Meanwhile, Garth Drabinsky praised Ragtime for being very American and traditional. When the New York Times interviewed more than two dozen theater professionals leading up to the Tonys, most felt the race for Best Musical could easily go either way. Although 15 of them felt that Ragtime would take the award while 11 went with The Lion King. One producer specially told the Times "While Ragtime is a traditional Broadway musical with a great book and great music and great performances, Lion King is more of a spectacle. A lot of people don't think it's a Broadway musical, really. It's an adaptation of an animated movie with puppets. I think they'll go with something more traditional." Another said "There's more than spectacle to Lion King. There is something joyous about it. Ragtime is too earnest and plodding. Voters will go with joyous every time." On Tony night, The Lion King won 6 accolades for Best Musical, Best Direction of a Musical (Julie Taymor; who also became the first woman to have ever won that award), Best Choreography (Garth Fagan), Best Lighting Design (Donald Holder), Best Scenic Design (Richard Hudson), and Best Costume Design (Julie Taymor).

When people look back on this famous Tony race nowadays, they feel that Ragtime was robbed. When it comes to Best Musical, there is the question of are Tony voters basing their votes on the material or the overall impact of the production. Especially given that there's already separate categories (Book and Score) that acknowledge the material unlike Best Play where the playwright accepts the award along with the producers. There have been many cases where a show won Book and Score, but still lost Best Musical like On the Twentieth Century, Into the Woods, Falsettos, Parade, Urinetown, and The Drowsy Chaperone. For a while, it seemed that whenever there was a close race for Best Musical, voters decided that by giving one show Book and Score, that would let them off the hook so they could spread the wealth by giving the top prize to something else. Though if a show won both Book and Score nowadays, then that would pretty much seal the deal for its chances in Best Musical.

While The Lion King is still running all over the world, Ragtime has been frequently performed by community and regional theatres all over the country thanks not only to the strength of the material, but also to its timely subject matter. While it is a very tricky show to get right, I myself do find it to be a great American musical. But if you ask me, I think Tony voters made the right choices that year.
Proudly powered by Weebly
KARE REVIEWS