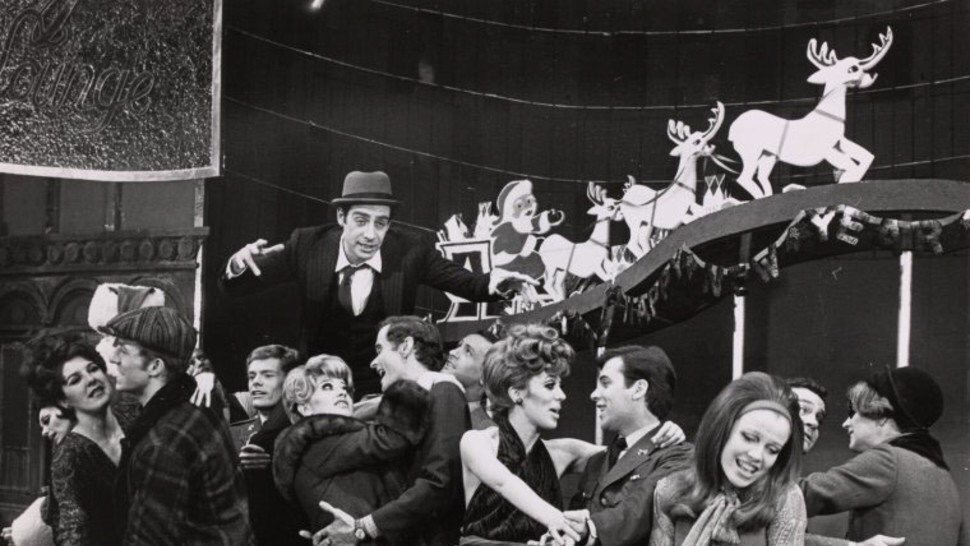 Welcome back to my 'And the Tony Almost Went to...' series, where I take a deep dive into a show that was the (likely) runner-up in the Best Musical race of any previous Tony Awards year. 50 years ago tonight, theatrical producer David Merrick debuted a new musical with a book by Neil Simon and a score by Burt Bacharach and Hal David. Today, we’ll be looking back at this very show’s success at the Tonys.
​Based on Billy Wilder’s 1960 Academy Award-winning film, The Apartment, this musical under the title of Promises, Promises is set in New York City during the 1960s. The story follows Chuck Baxter, a junior executive at an insurance company who seeks to climb the corporate ladder by allowing his apartment to be used by co-workers who need a convenient place to socialize. Yet, despite tragedy and intrigue, real romance prevails.

After having its world premiere in Washington, D.C., Promises, Promises opened on December 1st, 1968 at the Shubert Theatre on Broadway. The original cast included Jerry Orbach as Chuck Baxter, Jill O’Hara as Fran Kubelik, Edward Winter as J.D. Sheldrake, A. Larry Haines as Dr. Dreyfuss, and Marian Mercer as Marge MacDougall.

​Yet, despite being in the vein of a tradition Broadway musical, Promises, Promises ended up opening in the exact same season as two groundbreaking shows, and one of them made it all the way to the finish line.
Why Didn’t Promises, Promises Win?: I think in this case, it's easier to figure out why the show that beat it actually won. When 1776 was about to open in the spring of 1969, there was no advance, and the ticket racks were all full. The next day, there was a long line at the 46th Street (now Richard Rodgers) theatre that went all the way to eighth avenue. Suddenly, the show that everyone thought beforehand was the dumbest idea (it was a musical about the signing of The Declaration of Independence) ever became an unexpected hit.

1776 ended up winning three Tony Awards for Best Musical, Best Featured Actor in a Musical (Ronald Holgate), and Best Direction of a Musical (Peter H. Hunt). In fact, William Daniels, who had originated the role of John Adams, was originally Tony nominated alongside Holgate in Featured Actor. Daniels then called Alexander Cohen (the producer of the Tony Awards at the time) and said "No, thank you, because who am I supporting?" At the time, producers decided on where an actor/actress would be eligible for Tonys based strictly on billing. If their name was billed above the title, they would be eligible as Lead. If their name was billed below the title, then they'd be eligible as Featured. William Daniels was billed below the title, thus putting him in Featured. However, the role of John Adams in 1776 is on stage almost the entire time, clearly making him the lead. So therefore, Daniels successfully requested to have his name removed from the ballots.

I know you're probably wondering "Why wasn't Hair the likely runner-up?" Please keep in mind that by the time nominations were announced for the 1969 Tony Awards, it was literally almost a year since Hair had even opened on Broadway. The original production ended up only receiving two nominations for Best Musical and Best Direction of a Musical (Tom O’Horgan). In fact, the creative team actually got involved in a lawsuit with the organizers of the Tony Awards. After assuring producer Michael Butler that previews would be starting in time to assure eligibility for the 1968 Tonys, the New York Theatre League ruled Hair ineligible, moving the cutoff date to March 19th. The producers brought suit, but were unable to force the League to reconsider.
Proudly powered by Weebly
KARE REVIEWS