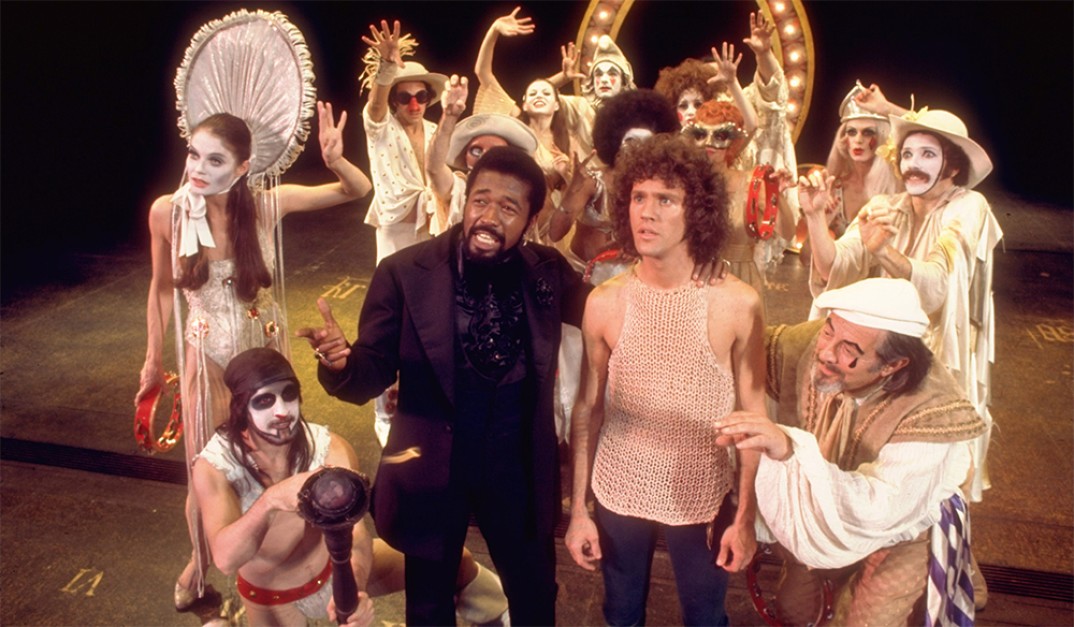 Welcome back to my 'And the Tony Almost Went to...' series, where I take a deep dive into a show that was the (likely) runner-up in the Best Musical race of any previous Tony Awards year. Tonight marks the premiere of a new FX miniseries titled Fosse/Verdon, which tells the true story behind the troubled personal and professional relationship between director/choreographer Bob Fosse and actress/dancer Gwen Verdon. Today, we'll be taking a look back at one of the most iconic Broadway musicals Fosse ever created as well as its success at the Tonys.
Loosely based on the fictitious life of Pippin the Hunchback, this musical tells the story of the young prince Pippin, Heir to the Frankish throne, who is in search of the secret to true happiness and fulfillment. He seeks it in the glories of the battlefield, the temptations of the flesh, and the intrigues of political power.

The musical first began life at Carnegie Mellon University in Pittsburgh, Pennsylvania when a young theater student by the name of Ron Strauss had the idea to write a project based on the real-life story of Prince Pepin and his father, King Charlemagne. Strauss' classmate, Stephen Schwartz, offered to help by writing the score for what would become a loose musical interpretation of the story that was under the title of Pippin, Pippin. The show premiered at the student-run theater group, Scotch ‘n’ Soda, on April 28, 1967. An album of the production was recorded for the cast to keep, yet a copy ended up falling into the hands of a producer named Harry Lynn. He wrote a letter to the authors, asking if they’d like to pursue a professional production. Ron Strauss didn’t think the letter was real, though he wished Stephen Schwartz the best of luck with it. Throughout the next several years, Schwartz along with TV writer Roger O. Hirson collaborated together to completely revamp the musical.

After having its out-of-town tryout in Washington, D.C., the musical now titled Pippin opened on October 23rd, 1972 at the Imperial Theatre on Broadway. The original cast included John Rubinstein as Pippin, Ben Vereen as The Leading Player, Eric Berry as Charlemagne, Leland Palmer as Fastrada, Irene Ryan as Berthe, Jill Clayburgh as Catherine, and Christopher Chadman as Lewis.

​Yet, despite becoming an audience favorite thanks to word of mouth as well as TV spot (which was also the first commercial ever to feature a live clip of a musical), it could not overcome what was probably considered to be the artistic triumph of that season.
Why Didn't Pippin Win?: While the show did prove to be a hit at the box office, it's still worth keeping in mind that when Pippin originally opened, it received a very mixed critical response. Stephen Schwartz said in Carol de Giere's 2008 biography, Defying Gravity, that “The [critical] response to the show was very annoying and hurtful to me. Some of the things we got blamed for were things we had no control over; they were things Bob Fosse did.” To clarify that last part, both Bob Fosse and Stephen Schwartz did not get along during the process of Pippin. Schwartz wanted to keep the show wholesome and whimsical, while Fosse leaned towards a more sexually charged, mysterious energy. Schwartz said “There were times I would see things that Bob did that I thought were vulgar and stupid and crass and simplistic and completely at odds with what I wanted the show to be.” After arguing with Fosse in front of the cast, Schwartz was permanently banned from the rehearsal room.

Meanwhile, A Little Night Music continued what was at the time considered to be a winning streak for producer/director Hal Prince and composer/lyricist Stephen Sondheim. It was their third consecutive collaboration together following the successes they both had with Company and Follies. Not to mention that the year before, Follies ended up losing the Tony for Best Musical in what had to have been a huge upset to Two Gentlemen of Verona. At the 1973 ceremony, A Little Night Music won 6 Tony Awards for Best Musical, Best Lead Actress in a Musical (Glynis Johns), Best Featured Actress in a Musical (Patricia Elliott), Best Book of a Musical (Hugh Wheeler), Best Original Score (Stephen Sondheim), and Best Costume Design (Florence Klotz).

​What's especially worth noting about the Tonys that year is that they were held on March 25th. Two days later, Bob Fosse was in Hollywood for the Academy Awards, where his film adaptation of Cabaret was in contention. That movie ended up winning 8 Oscars, but lost Best Picture to The Godfather. In fact, in Fosse's acceptance speech for Best Director, he vaguely mentioned both of the Tony Awards he won for Pippin as "some of the other nice things that have happened to me in the last couple days."
Proudly powered by Weebly
KARE REVIEWS