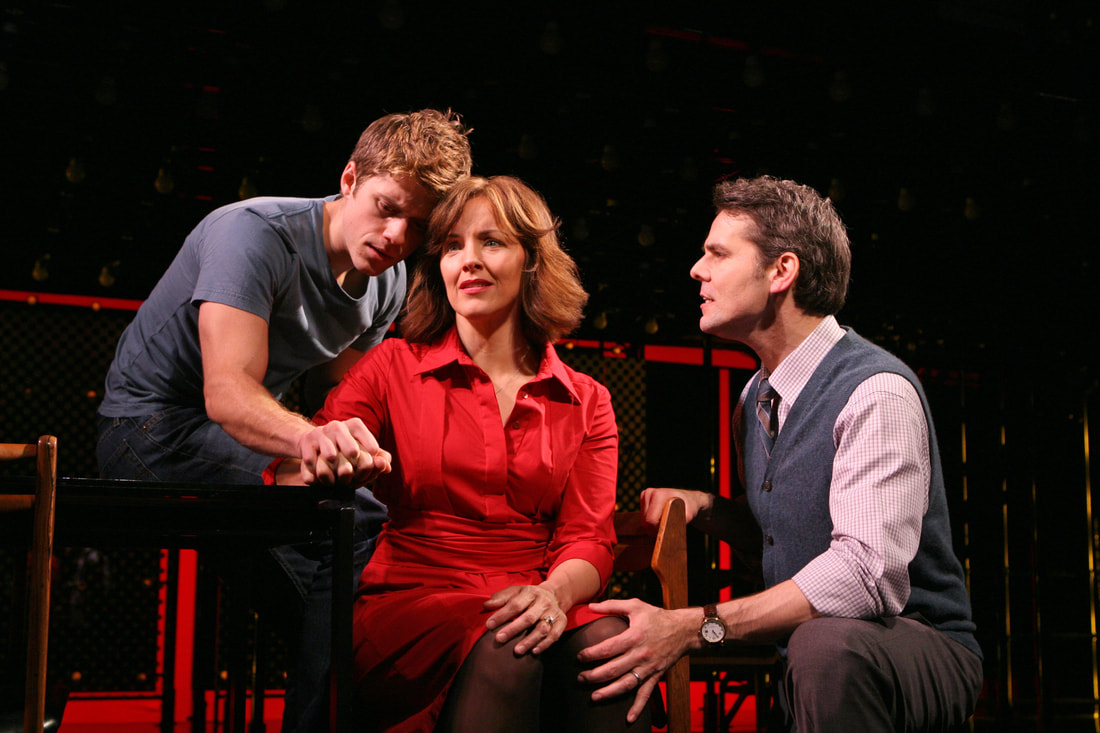 Welcome back to my 'And the Tony Almost Went to...' series, where I take a deep dive into a show that was the (likely) runner-up in the Best Musical race of any previous Tony Awards year. This year, Tom Kitt is getting ready for his third trip to the rodeo as he's celebrating his fourth Tony nomination. While he is primarily known as a composer of several musicals such as High Fidelity, Bring It On, and If/Then​, Kitt is actually currently nominated as the orchestrator for SpongeBob SquarePants. Today, we'll be looking back at what is considered to be Kitt's most iconic work as well as its success at the Tonys.
Next to Normal is an original musical by Tom Kitt and Brian Yorkey that tells the story of a mother who struggles with worsening bipolar disorder and the effect that her illness and the attempts to alleviate it have on her family. The musical also addresses such issues as grieving a loss, suicide, drug abuse, ethics in modern psychiatry, and the underbelly of suburban life.

When the show had a world premiere at off-Broadway's Second Stage Theatre that left critics confused, the creative team went back to the drawing board to workout all the problems. After having a more successful run at Arena Stage in Washington, D.C., Next to Normal opened on April 15th, 2009 at the Booth Theatre on Broadway. The original cast included Alice Ripley as Diana Goodman, J. Robert Spencer as Dan Goodman, Jennifer Damiano as Natalie Goodman, Aaron Tveit as Gabe Goodman, Adam Chanler-Berat as Henry, and Louis Hobson as Dr. Madden/Dr. Fine.

While Next to Normal​ did appear as an underdog going into the Tonys, nothing was taking down the snob hit of the year that was...
Why Didn't Next to Normal​ Win?: The 2008-09 Broadway season was pretty much dominated by Billy Elliot from day one. After that show had already proven to be an enormous success in London, it opened on Broadway to universal acclaim from critics. Billy Elliot​ also earned 15 Tony nominations, which ended up tying it with The Producers as the most nominated production in history (though that record would later be broken by Hamilton).

​While Next to Normal did have its share of supporters for being a completely original American musical, it was reported in the New York Times' 2009 Tony voter poll that people apparently admired that show, but didn't love it. They felt that the subject matter was emotionally demanding in the extreme, so I wouldn't be surprised if it felt too off-putting for Tony voters to want to rally around. Not to mention that in 2009, America was settling into Barack Obama's first year in office. So it seems to me that between the two shows that were dealing with serious issues, Tony voters were more in favor of Billy Elliot as it had a more optimistic outlook with its protagonist wanting to do ballet during the UK miners' strike that took place in County Durham from 1984-85, in North Eastern England.