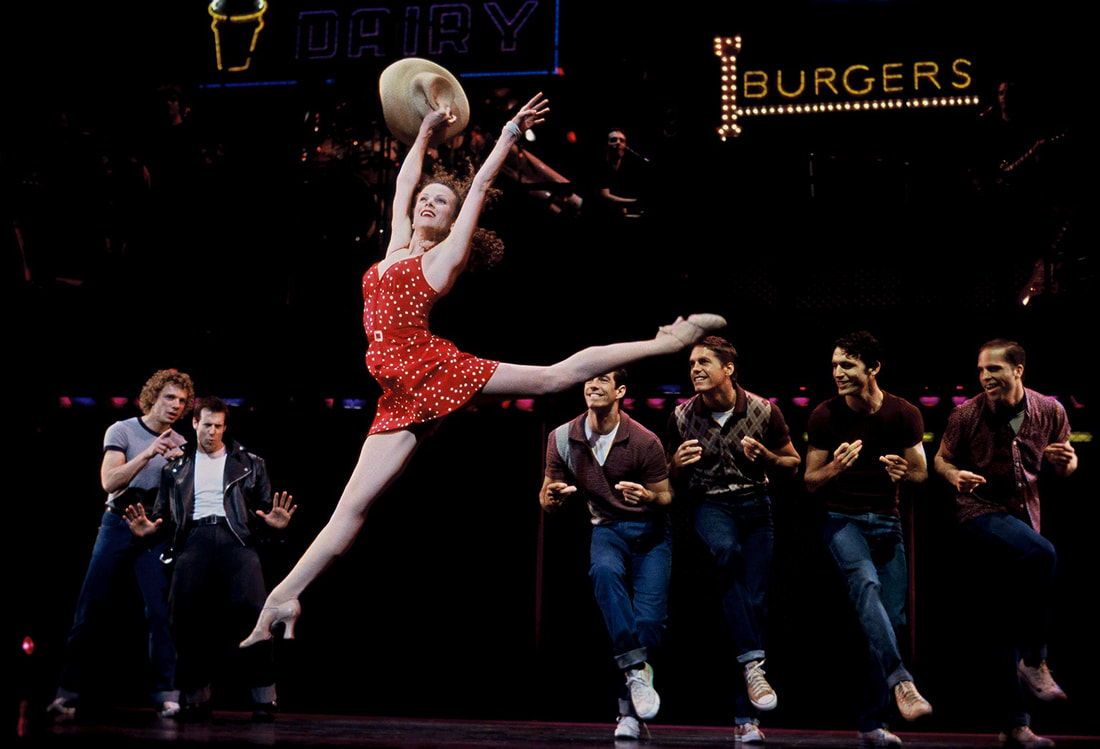 Welcome back to my 'And the Tony Almost Went to...' series, where I take a deep dive into a show that was the (likely) runner-up in the Best Musical race of any previous Tony Awards year. Whether any of you may or may not have already heard, all of Broadway has been shutdown until further notice due to the coronavirus pandemic. As a result, this year's Tony Awards have been postponed indefinitely. While it's probably gonna be a long wait until this pandemic clears up, something I am planning to keep everyone occupied in the meantime is more features in this series. Today, we'll be talking about 2003.
Movin' Out is a jukebox musical that utilizes the songs of Billy Joel. The story follows a generation of American youth growing up on Long Island during the 1960s and their experiences with the Vietnam War. The principal characters were drawn from those who appeared in various Joel tunes: high school sweethearts Brenda and Eddie ("Scenes from an Italian Restaurant"), James ("James"), Judy ("Why Judy Why"), and Tony (Anthony in "Movin' Out"). The show is unusual in that, unlike the traditional musical, it essentially is a series of dances linked by a thin plot, and none of the dancers sing. All the vocals are performed by a pianist and band suspended on a platform above the stage while the dancers act out the songs' lyrics, making the show, in essence, a rock ballet.

When Movin' Out had its out-of-town tryout in the summer of 2002 in Chicago, Illinois, the initial reviews were mixed-to-negative. The Chicago Tribune called the first act a “quagmire” riddled with “misjudgments.” The consensus among critics were that the story is muddled and takes too long to get going. Director/choreographer Twyla Tharp immediately went back to the drawing board by coming up with a new opening number that would hit the audience right away.

After so many revisions, Movin' Out opened on October 24th, 2002 at the Richard Rodgers Theatre on Broadway. The original cast included John Selya as Eddie, Elizabeth Parkinson as Brenda, Benjamin G. Bowman as James, Ashley Tuttle as Judy, Keith Roberts as Tony, Scott Wise as Sergeant O’Leary/Drill Sergeant, and Michael Cavenaugh providing the lead vocals.

​Yet, despite the creative team being able to work out all the problems, it was the big fat (no pun intended) hit of the Broadway season that would dominate the Tonys.
Why Didn't Movin' Out Win?: The New York Times' recap of the ceremony that year stated: "In a theater season darkened by war, terrorist alerts and seemingly relentless rain, Hairspray proved to be the perfect multicolored, upbeat antidote." That show was a blockbuster hit that broke early from the gate when it first opened in August of 2002, and never let up. Though when New York Post columnist Michael Riedel surveyed multiple Tony voters that year, nearly every one of them said Hairspray would win, and then added “But I voted for Movin’ Out."

Voters even had the opportunity to revisit the latter show in the weeks leading up to the Tonys, and thought it was even more powerful the second time around. There was an argument that road voters (which are people from around the country who are said to vote for whatever show stands to make them the most money on tour) would support Movin' Out because Hairspray was already a smash and didn’t need the Tony. They even thought Movin’ Out would perform better on tour (to say nothing of Broadway, where it was a hit but not a smash) if crowned with the Tony for Best Musical.

In the end, both shows ended up having long runs of over 1,000+ performances. The Broadway production of Movin' Out ran for 1,303 performances after closing on December 11th, 2005, and launched several national touring companies. Meanwhile, the Broadway production of Hairspray ran for 2,642 performances after closing on January 4th, 2009. The musical itself managed to spawn multiple productions all over the world, a commercially successful 2007 film adaptation, a 2016 Emmy-winning live telecast, and has proven to be quite popular in licensing to schools and community theatres.

*Coincidentally, the day I published this feature also happened to have been the same day actor/comedian Jerry Stiller died at the age of 92. He had originated the role of Wilbur Turnblad in the original 1988 movie of Hairspray written and directed by John Waters. That role in the stage musical adaptation won Dick Latessa a Tony for his performance. Stiller also made a cameo appearance in the 2007 movie musical adaptation as Mr. Pinky. My condolences go out to his family.
Proudly powered by Weebly
KARE REVIEWS