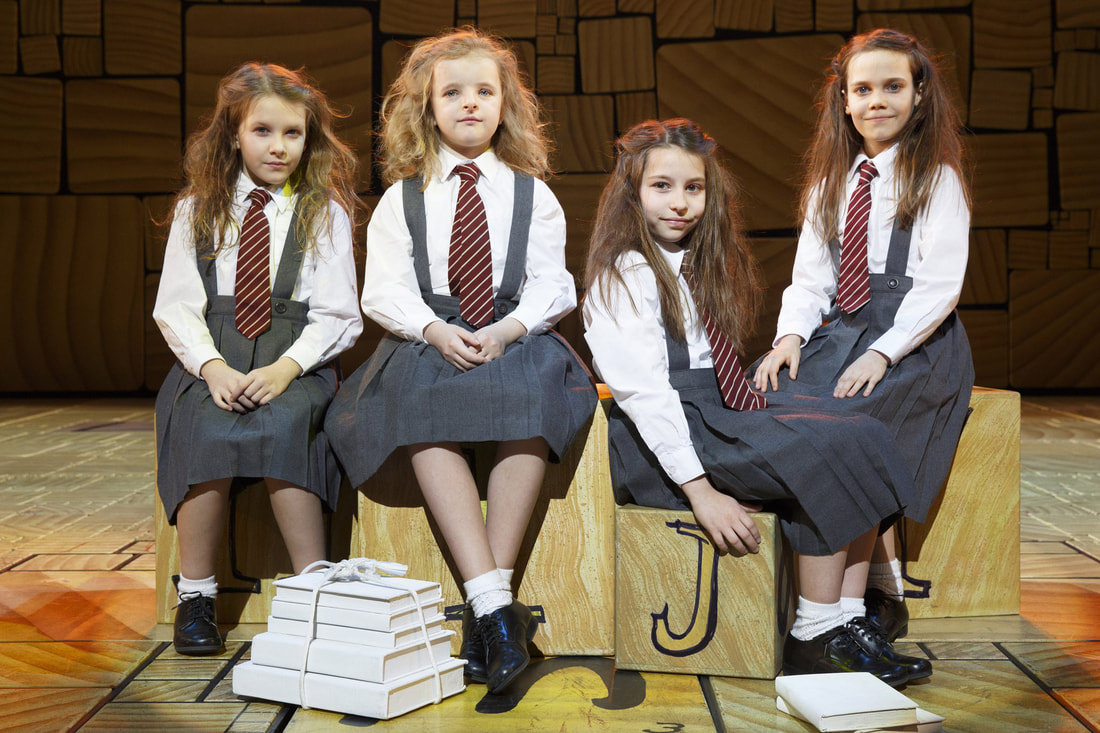 ​Welcome back to my 'And the Tony Almost Went to...' series, where I take a deep dive into a show that was the (likely) runner-up in the Best Musical race of any previous Tony Awards year. Tonight marks two-time Olivier winner Bertie Carvel's return to the New York stage as Rupert Murdoch in Manhattan Theatre Club's presentation of James Graham's award-winning play, Ink. Today, we'll be looking back at the show that marked Carvel's Broadway debut as well as its success at the Tonys.
Based on Roald Dahl's 1988 children's novel of the same name, Matilda tells the story of a precocious 5-year-old girl with astonishing wit, intelligence and psychokinetic powers. She's unloved by her cruel parents but impresses her schoolteacher, the highly loveable Miss Honey. Over the course of her first term at school, Matilda and Miss Honey have a profound effect on each other's lives, as Miss Honey not only begins to recognize but also appreciate Matilda's extraordinary personality. However, Matilda's school life isn't completely smooth sailing. The school's mean headmistress, Miss Trunchbull, hates children and just loves thinking up new punishments for those who don't abide by her rules. But Matilda has courage and cleverness in equal amounts, and could be the school pupils' saving grace.

Matilda’s journey from novel to stage musical began when the Royal Shakespeare Company approached playwright/TV writer Dennis Kelly to create an adaptation, with a score to be added later. Kelly was an unusual choice since he had never written a musical before. A year and a half later, his script was presented to director Matthew Warchus. Australian comedian/musician Tim Minchin was later discovered when Warchus came to see his one-man show at London’s Bloomsbury Theatre. Already a huge Roald Dahl fan, Minchin had read Matilda in 2000 and thought it was well suited to be adapted for the stage.

When it was announced that Matilda was going to transfer from London’s West End to Broadway, many people already saw it as a frontrunner going into the season. But along came an American musical that not a lot of people expected to become the hit that it was.
Why Didn’t Matilda Win?: While the show was the most acclaimed new musical of the 2012-13 Broadway season, there was reportedly a group of Tony voters who felt it was overpraised by critics. They found the subject too dark for a family-oriented musical (though I could argue that Oliver! is probably a little darker than that). New York Post columnist Michael Riedel also reported that after Matilda had its world premiere at the Royal Shakespeare Company, many Broadway producers literally went after it placing the best possible offer they could. They were left dangling until the RSC went with The Dodgers (not the baseball team), who came out of nowhere at the last minute. Many of the producers who offered to bring Matilda to Broadway were apparently so screwed by the RSC, that they pretty much got their revenge by voting against them.

Meanwhile, Kinky Boots​ was an American musical coming in that not a lot of people expected to become a hit. The show had 'Kinky' in its title, it was based on a British independent film that was never a big commodity, and the score was being written by famed recording artist, Cyndi Lauper. Usually, it can be tricky to market musicals written by recording artists because it's not the same thing as recording artists actually appearing on Broadway. Many of them have flopped such as The Capeman (Paul Simon), Thou Shalt Not (Harry Connick, Jr.), Lestat​ (Elton John), Tarzan (Phil Collins), 9 to 5 (Dolly Parton), and The Last Ship (Sting). Yet, Kinky Boots not only became a surprise hit of the season, but also an underdog during the Tony race that year.

​It's also worth keeping in mind that in 2013, America had just gone through a presidential election, and Barack Obama was beginning his second term in office. So it seems that Tony voters wanted to rally more around a feel good musical that dealt with important topics in an optimistic way. In the end, Kinky Boots won 6 Tony Awards for Best Musical, Best Lead Actor in a Musical (Billy Porter), Best Original Score (Cyndi Lauper; who also became the first sole woman to have ever won this prize), Best Choreography (Jerry Mitchell), Best Orchestrations (Stephen Oremus), and Best Sound Design of a Musical (John Shivers). If I was a Tony voter, I definitely would’ve voted for Matilda. Though with that being said, I actually think Kinky Boots is a very deserving winner.
Proudly powered by Weebly
KARE REVIEWS