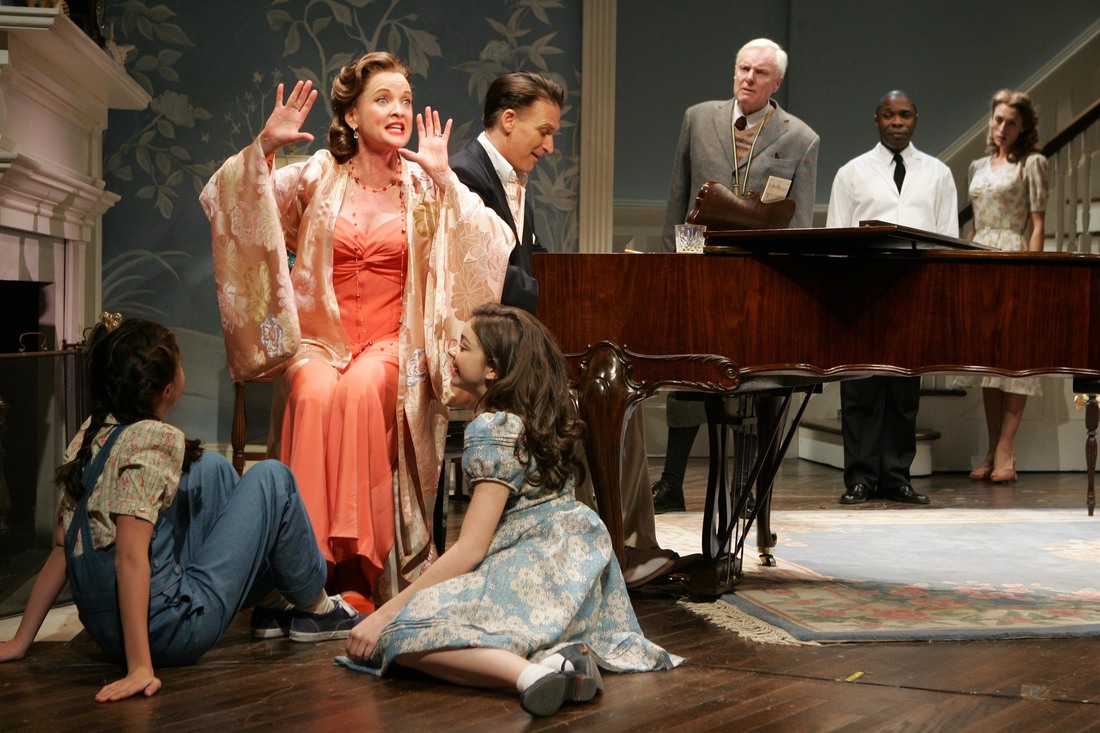 Welcome back to my 'And the Tony Almost Went to...' series, where I take a deep dive into a show that was the (likely) runner-up in the Best Musical race of any previous Tony Awards year. Whether any of you may or may not have already heard, all of Broadway has been shutdown until further notice due to the coronavirus pandemic. As a result, this year's Tony Awards have been postponed indefinitely. While it's probably gonna be a long wait until this pandemic clears up, something I am planning to keep everyone occupied in the meantime is more features in this series. Today, we'll be talking about 2007.
Based on Albert & David Maysles' 1975 documentary of the same name, Grey Gardens follows the lives of Jacqueline Kennedy's aunt and cousin, Edith Ewing Bouvier Beale ('Big Edie') and her daughter Edith Bouvier Beale ('Little Edie') at their mansion in East Hampton, New York. The musical also covers the progression of the two women's lives from their original status as rich and socially polished aristocrats to their eventual largely isolated existence in a home overrun by cats and cited for repeated health code violations. However, its more central purpose is to untangle the complicated dynamics of their dysfunctional mother/daughter relationship.

Yet it was another little show that could from the 2006-07 Broadway season that pretty much sucked up all the air in the room.
Why Didn't Grey Gardens Win?: While the show itself did receive some very enthusiastic reviews from critics, there were people who didn't think the first act worked quite as well as the second act. ​Ben Brantley of the New York Times wrote in his review of the Off-Broadway production that the musical "tilts perilously toward cheap celebrity camp with a very long and finally tedious first act." Meanwhile, Spring Awakening was a musical based on a German play from the 1890s about teenagers discovering the inner and outer tumult of teenage sexuality. With that kind of subject matter, no one thought it would ever have any chance of succeeding on Broadway, yet it did. According to the New York Times' Tony voter survey that year, Spring Awakening was the far-and-away favorite for the top prize.

​It's also worth noting that prior to this year, a lot of the shows that were winning Best Musical in the 2000s were more commercial friendly like The Producers, Thoroughly Modern Millie, Hairspray, Monty Python's Spamalot, and Jersey Boys. So this was considered to be the first time in the 21st century where Tony voters really championed the shows that were pushing the boundaries of musical theater. In the years since, we've seen different kinds of winners that ranged from something completely original (In the Heights, Memphis, The Book of Mormon, Dear Evan Hansen), inventive adaptations of obscure source material (A Gentleman's Guide to Love & Murder, Fun Home, Hamilton, Hadestown), and adaptations of movies that weren't big commodities (Billy Elliot, Once, Kinky Boots, The Band's Visit).

Going into the 2007 Tonys, while a number of people were predicting Spring Awakening to win Best Musical, several of them also predicted Grey Gardens would win Book based on the strength of the second act. Yet, when the former show took that prize, it was a sign of how strong of a contender it was. Spring Awakening ended up winning 8 Tony Awards for Best Musical, Best Featured Actor in a Musical (John Gallagher, Jr.), Best Direction of a Musical (Michael Mayer), Best Book of a Musical (Steven Sater), Best Original Score (Duncan Sheik & Steven Sater), Best Choreography (Bill T. Jones), Best Orchestrations (Duncan Sheik), and Best Lighting Design of a Musical (Kevin Adams).

As for Grey Gardens, despite picking up two acting prizes for Christine Ebersole and Mary Louise Wilson, the Broadway production ended up closing at a monumental loss almost two months after the Tonys that year on July 29th after a run of 307 performances. Though the show itself has since been made available for licensing through Dramatists Play Service, Inc. Meanwhile, Spring Awakening ended up recouping its $6,000,000 investment on August 27th, 2007, ran for 859 performances after closing on January 18th, 2009, and launched a nearly two-year national tour. Not to mention that several of the original cast members such as Jonathan Groff, Lea Michele, John Gallagher, Jr., Skylar Astin, Lilli Cooper, Jennifer Damiano, Gideon Glick, and Krysta Rodriguez would all go on to have some pretty successful careers on both stage and screen.
Proudly powered by Weebly
KARE REVIEWS