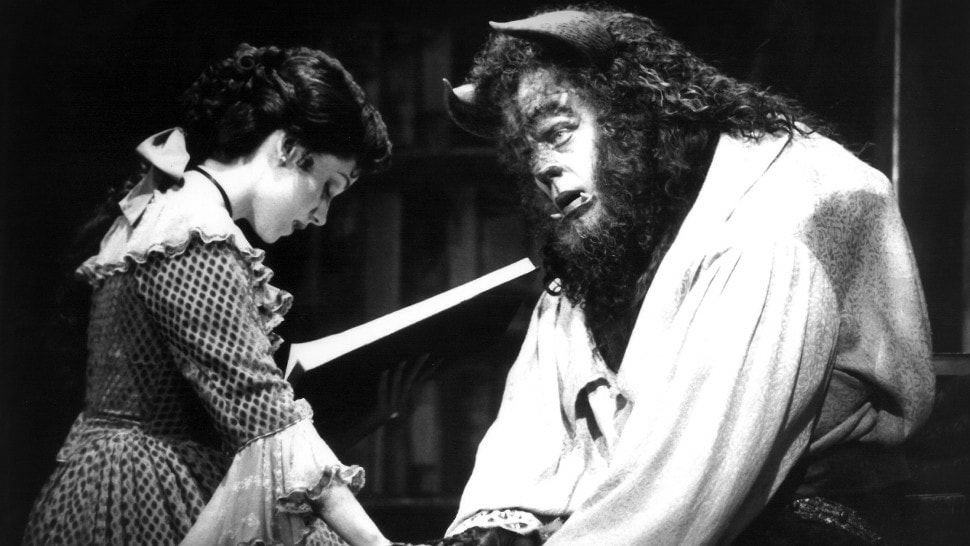 Welcome to a new series I'm starting called 'And the Tony Almost Went to...', where I take a deep dive into a show that was the (likely) runner-up in the Best Musical race of any previous Tony Awards year. The way I'm planning to do them this year is by talking about a runner-up that may have some connection to one of this year's Tony nominees. This past season came Disney's eighth screen-to-stage adaptation, Frozen, which earned three Tony nominations (including Best Musical). Today, we'll be looking back at the Mouse House's very first Broadway musical as well as its success at the Tonys.
Based on Disney's 1991 Academy Award-winning animated film of the same name as well as the classic French fairy tale by Jeanne-Marie Leprince de Beaumont, Beauty & the Beast tells the story of Belle, a bright, beautiful young woman who doesn't seem to fit in with her hometown. She later finds herself trapped in the enchanted castle of a cold-hearted prince who had been magically transformed into a hideous beast as punishment for his selfish ways. In order to revert back into his true human form, the Beast must first earn the love of Belle before it's too late.

​When the animated film became a big success after it was released in movie theaters on November 22nd, 1991, the New York Times' chief theatre critic at the time, Frank Rich, would one month later call Beauty & the Beast the best Broadway musical he had seen all year. It was that rave that pretty much gave Disney the idea of bringing the film to the stage, thus marking their very first venture onto Broadway. Screenwriter Linda Woolverton adapted her screenplay for the stage while composer Alan Menken teamed up with lyricist Tim Rice to write six new songs to blend in with the pre-existing ones Menken had previously written with the then recently deceased Howard Ashman. Though a seventh song titled 'A Change in Me' was later added in (and kept since) September of 1998 when Toni Braxton joined the cast as Belle.

After having its out-of-town tryout at Theatre Under the Stars in Houston, Texas, Beauty & the Beast opened on April 18th, 1994 at the Palace Theatre on Broadway. The original cast included Susan Egan as Belle, Terrence Mann as The Beast, Burke Moses as Gaston, Gary Beach as Lumière, Heath Lamberts as Cogsworth, Beth Fowler as Mrs. Potts, Tom Bosley as Maurice, Kenny Raskin as Lefou, Stacey Logan as Babette, Eleanor Glockner as Madame de la Grande Bouche, and Brian Press as Chip.

*denotes an award it won.
​
Yet, despite becoming an enormous success that introduced Broadway to a family audience, it could not overcome the snob hit of the year that was...
Why Didn’t Beauty & the Beast​ Win?: At the time, many critics wrote it off as this glorified theme park show. Which it kind of was given that it had some of the same creative team as the theme park attractions at Disneyland (which originally starred a then 19-year-old Stephanie J. Block as Belle) and Disney World. The company hired director Robert Jess Roth, choreographer Matt West, and scenic designer Stan Meyer for the Broadway production because they wanted people they could easily trust with it. Though industry insiders did feel pretty nervous about a corporate company like Disney taking on Broadway (this was of course three years before The Lion King debuted on stage).

Meanwhile, Passion had much more artistic integrity, gravitas, and was kind of a genderswapped version of the Beauty & the Beast​ story. It's also worth noting that at the time, it had been 15 years since a Stephen Sondheim show had won the American Theatre Wing's top honor (which in that case, was Sweeney Todd​ back in 1979). There were two instances where his shows (Sunday in the Park with George and Into the Woods​) got very close to winning, but came up short in the end. Not to mention that his frequent collaborator at the time, James Lapine, also had Falsettos come up short of the prize two years earlier.

At the 1994 Tonys, Passion​ won 4 awards for Best Musical, Best Lead Actress in a Musical (Donna Murphy), Best Book of a Musical (James Lapine), and Best Original Score (Stephen Sondheim). Unfortunately, the show ended up becoming the shortest-running Best Musical winner in history after closing on January 7th, 1995 with a total of 280 performances. Though Passion​ has since lived on through the original cast recording and PBS broadcast that was later released on DVD. As for Beauty & the Beast, that show ended up running for 13 years and is still performed in countless stage productions all over the world, so it clearly didn't need the Tony.
Proudly powered by Weebly
KARE REVIEWS