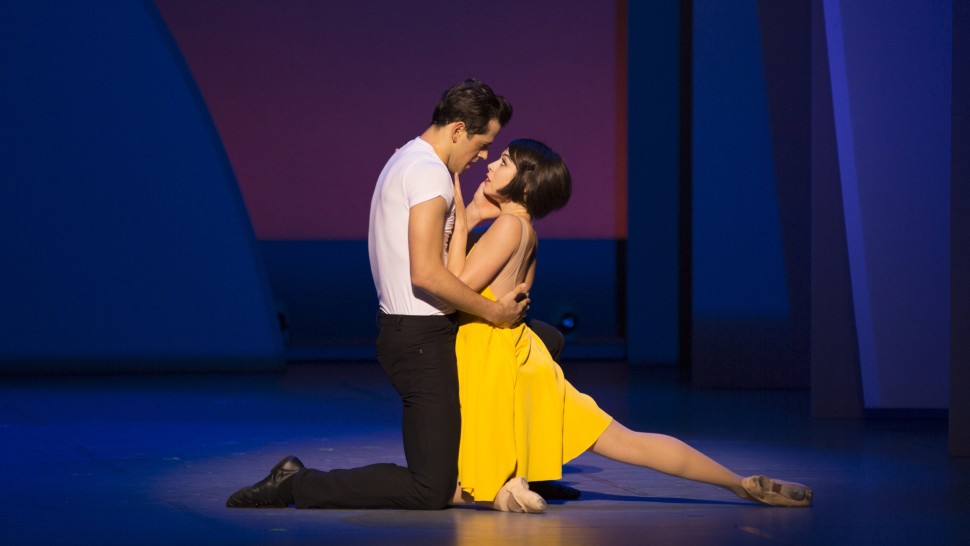 Welcome back to my 'And the Tony Almost Went to...' series, where I take a deep dive into a show that was the (likely) runner-up in the Best Musical race of any previous Tony Awards year. Every week leading up to this year's telecast, I'm covering each of the remaining runners-up from this past decade that I haven't already. This week, we'll be talking about 2015. In fact, the runner-up we'll be talking about just so happens to feature one of this year's Tony nominated actors, Brandon Uranowitz.
Based on Vincente Minnelli's 1951 Academy Award-winning film musical of the same name which was inspired by George Gershwin's 1928 orchestral composition, An American in Paris tells the story of a young American soldier, a mysterious French girl and an indomitable European city, each yearning for a new beginning in the aftermath of World War II. In adapting the movie for the stage, book writer Craig Lucas created a whole new way of telling the story without coming across as a carbon copy of Alan Jay Lerner's screenplay by adding some dramatic heft into it. Not only that, but Lucas also managed to find his own ways of incorporating some of the classic songs by George & Ira Gershwin into the plot.

After a successful out-of-town tryout at the Theatre Du Chatelet in Paris, An American in Paris opened on April 12th, 2015 at the Palace Theatre on Broadway. The original cast included Robert Fairchild as Jerry Mulligan, Leanne Cope as Lise Dassin, Brandon Uranowitz as Adam Hochberg, Max von Essen as Henri Baurel, Jill Paice as Milo Davenport, and Veanne Cox as Madame Baurel.

Yet, it could not overcome the other artistic achievement of the season that was...
Why Didn't An American in Paris Win?: This was a very competitive race for Best Musical. According to the New York Times' survey, many voters and industry experts they spoke with expected An American in Paris to take the prize. Though the critical darling, Fun Home, had more than its share of passionate advocates. There were still lots of reasons to believe An American in Paris would win. It opened to strong reviews, was widely admired for its choreography and visuals, had a score of much-loved Gershwin standards, and week after week had been the highest-grossing new musical of the season. It was classy and classic, more than challenging, meaning that the show would run for some time on Broadway and that a planned tour would go anywhere.

However, Fun Home appeared to have been winning votes from those who believed the show was more original than An American in Paris (especially since it had new songs, rather than old standards) and who admired the producers’ decision to mount a musical about a lesbian and her suicidal father. The show also packed an emotional punch, fueled by Jeanine Tesori’s striking score, that many audience members praised (albeit through tears). One voter specifically said to the Times that Fun Home evangelists had gotten their message across. “It’s gone from being the show about the guy who kills himself to being perceived as a smart musical,” he said. “And every season has one.”​

In the end, Fun Home won 5 Tony Awards for Best Musical, Best Lead Actor in a Musical (Michael Cerveris), Best Direction of a Musical (Sam Gold), Best Book of a Musical (Lisa Kron), and Best Original Score (Jeanine Tesori & Lisa Kron). For a while, it was believed that a majority of Tony voters were out-of-town producers who present national touring productions at their venues. Though a few years ago, it was revealed that the road vote only makes up about 10% of the voting bloc. At the time, it was definitely showing with more critical darlings like Once and A Gentleman's Guide to Love & Murder both winning Best Musical over more commercially viable shows like Newsies, and Beautiful​. Tony voters probably felt that since An American in Paris was already doing so well at the box office, that it didn't need the recognition. Therefore, Fun Home's success at the Tonys was able to give the show a much longer shelf life than what many thought was possible for a musical dealing with tough subject matter.
Proudly powered by Weebly
KARE REVIEWS