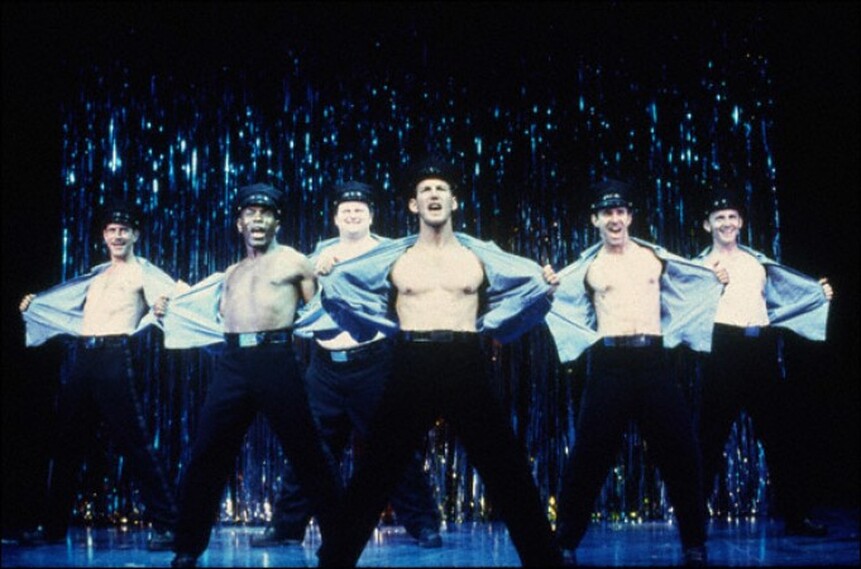 Welcome back to my 'And the Tony Almost Went to...' series, where I take a deep dive into a show that was the (likely) runner-up in the Best Musical race of any previous Tony Awards year. This past season came a musical adaptation of the 2007 Israeli film, The Band's Visit, which earned 11 Tony nominations (including Best Musical). With a book by Itamar Moses and a score by David Yazbek, the show is currently expected to do pretty well on June 10th. Today, we'll be looking back at Yazbek's very first Broadway musical as well as its success at the Tonys.
Based on Peter Cattaneo's 1997 Academy Award-winning British film of the same name, The Full Monty follows six unemployed Buffalo steelworkers, low on both cash and prospects, as they all decide to present a strip act at a local club after seeing their wives' enthusiasm for a touring company of Chippendales. One of them, Jerry Lukowski, declares that their show will be better than the Chippendales dancers because they'll go 'the full monty'—strip all the way. As they prepare for the show, working through their fears, self-consciousness, and anxieties, they overcome their inner demons and find strength in their camaraderie.

​When The Full Monty opened in the fall, it looked like ​it was going to be the show to beat at the 2001 Tony Awards...all until the spring when a little known musical came along called...
Why Didn't The Full Monty​ Win?: The Producers was pretty much the Hamilton of yesteryear, winning the most Tonys in history, which was 12 (including Best Musical). The Producers had also won Best Lead Actor in a Musical (Nathan Lane), Best Featured Actor in a Musical (Gary Beach), Best Featured Actress in a Musical (Cady Huffman), Best Direction of a Musical (Susan Stroman), Best Book of a Musical (Mel Brooks & Thomas Meehan), Best Original Score (Mel Brooks), Best Choreography (Susan Stroman), Best Orchestrations (Doug Besterman), Best Lighting Design (Peter Kaczorowski), Best Scenic Design (Robin Wagner), and Best Costume Design (William Ivey Long). As for The Full Monty, that show unfortunately went home empty-handed. On the bright side, it still managed to run nearly two years on Broadway and has since been frequently produced by community and regional theatres across the country.
Proudly powered by Weebly
KARE REVIEWS