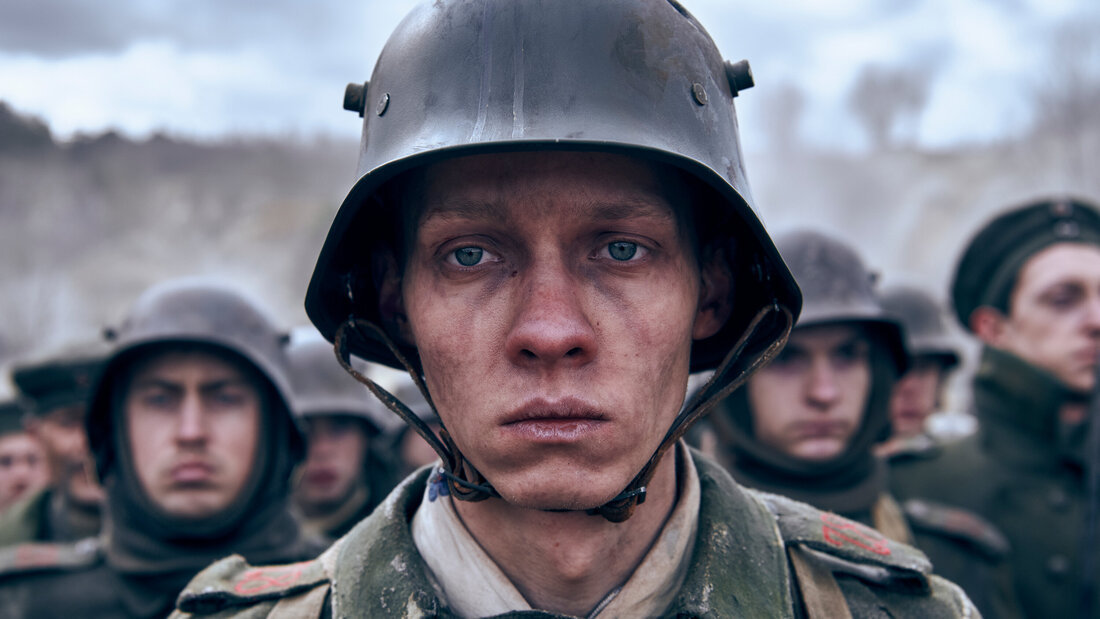 Based on Erich Maria Remarque’s 1929 novel of the same name, All Quiet on the Western Front is set in the closing days of World War I. The story follows a 17-year-old German soldier named Paul Bäumer (Felix Kammerer). After enlisting in the German Army with his friends, finds himself exposed to the realities of war, shattering his early hopes of becoming a hero.

I only saw the 1930 version of All Quiet on the Western Front once almost two years ago, so I’m not intimately familiar with it. Although I remember finding that movie to be a near masterpiece. As for this new film adaptation, it sadly doesn’t reach those heights to me. I don’t know if my thoughts are influenced by watching it on Netflix instead of in a theater or if the whole thing is overhyped by now, but from beginning to end, I was never emotionally invested.

I appreciated the filmmakers efforts to dive deeper into the story by adding a parallel plot tracking the armistice. However, it was still one of many things that made this very long. While the 1930 All Quiet on the Western Front did take time to tell its story, my experience of watching that really paid off by the end. With this iteration, the editing by Sven Budelmann really drags. The pacing makes this movie feel its two and a half hour duration.

That’s not to say there aren’t any quality aspects on display here. Under Edward Berger’s direction, everything is impeccably mounted. Christian M. Goldbeck production design recreates the battlefields of World War I and Germany of that era to excellent results. The cinematography by James Friend is impressive, especially during some brutal battle sequences. The sound work is incredible. I’ll also give credit to Felix Kammerer, who does a nice job as the main character.

Overall, I admire this adaptation of All Quiet on the Western Front. Yet I don’t think it’s as good as many have said from all the acclaim it has received. At the end of the day, I definitely prefer Lewis Milestone’s film and hope to rewatch that sometime soon. If you're interested in watching this one, it is currently available to stream on Netflix.