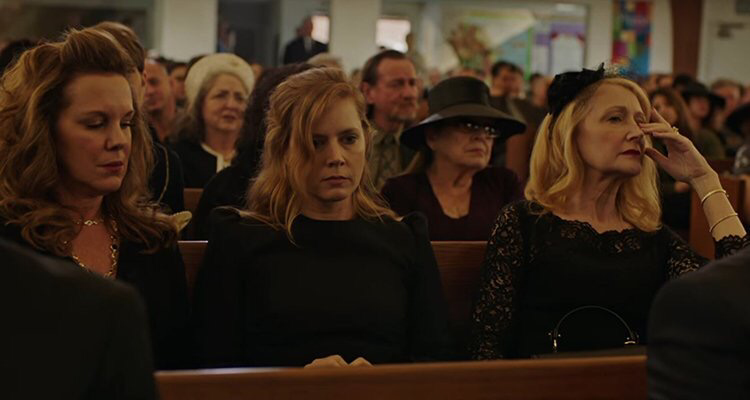 With nominations for this year’s Golden Globe Awards being announced soon, I thought now would be a good time to share with you my predictions. On this page, I’ll be discussing my predictions for the TV categories. For each category, I’ll be listing all the candidates that I think will be nominated, as well as possibilities for what/who could sneak in.

What Could Sneak In?: While The Handmaid’s Tale did win for the first season last year, could the backlash from the second season keep it from getting in this year? This is Us is also possible given how much of a hit its been for a network TV series.

​Who Could Sneak In?: If Globe voters are looking for another movie star in a first year show, there is John Krasinski in Jack Ryan, who is already having a great year with that and A Quiet Place. Then again, there are also three nominees from last year who could return such as Jason Bateman in Ozark, Sterling K. Brown in This is Us (who also won), and Bob Odenkirk in Better Call Saul.
​
Best Actress in a Television Series-Drama:
Elisabeth Moss-The Handmaid’s Tale
Sandra Oh-Killing Eve
Julia Roberts-Homecoming
Keri Russell-The Americans
Robin Wright-House of Cards

​Who Could Sneak In?: If HFPA members really embrace Killing Eve, could Jodie Comer come along for the ride? Though Evan Rachel Wood could definitely return to the ring for the second season of Westworld​.
​
Best Television Series-Comedy/Musical:
Atlanta
Barry
Forever
The Kominsky Method
The Marvelous Mrs. Maisel

What Could Sneak In?: While GLOW did miss out on a nomination in this category last year, can it actually get nominated this year? There is a lot of good will towards The Good Place, which so far has yet to be recognized by the Globes. Though if voters are looking for another first year show, Kidding does fit into that mold.

Who Could Sneak In?: If HFPA members are looking for another movie star in a first year show, there is Sacha Baron Cohen (who is a Brit) in Who is America. Then again, Anthony Anderson in Black-ish and/or William H. Macy in Shameless​ could also be back in the ring this year.
​
Best Actress in a Television Series-Comedy/Musical:
Alison Brie-GLOW
Rachel Brosnahan-The Marvelous Mrs. Maisel
Jennifer Garner-Camping
Issa Rae-Insecure
Maya Rudolph-Forever

Who Could Sneak In?: If Globe voters really The Good Place, Kristen Bell could definitely sneak in. With Constance Wu in contention on the film side for Crazy Rich Asians, could that help her chances here for Fresh Off the Boat?
​
Best Miniseries/Television Movie:
The Assassination of Gianni Versace: American Crime Story
Escape at Dannemora
Maniac
Sharp Objects
A Very English Scandal

What Could Sneak In?: Patrick Melrose did overperform in Emmy nominations this past year. Could it do so again at the Globes? The Little Drummer Girl did recently debut to a lot of acclaim. Could that be a dark horse for a nomination?

Who Could Sneak In?: Antonio Banderas is a Spanish actor playing a legendary artist in Genius: Picasso. John Legend is fresh off of completing his EGOT as an executive producer on Jesus Christ Superstar Live in Concert. Could he sneak into this category for his performance as the title character just like he did at the Emmys? Al Pacino is an acting legend playing a real person in Paterno. Alexander Skarsgård is in that honeymoon period from winning Supporting Actor last year for Big Little Lies. in The Little Drummer Girl
​​
Best Actress in a Miniseries/Television Movie:
Amy Adams-Sharp Objects
Patricia Arquette-Escape at Dannemora
Laura Dern-The Tale
Regina King-Seven Seconds
Emma Stone-Maniac

Who Could Sneak In?: While the Emmys did completely ignore Starz's miniseries adaptation of Howards End, there is a chance for it to rebound here, especially for Hayley Atwell. Though if HFPA members really embrace The Little Drummer Girl, could Florence Pugh go along for the ride? Then again, there is also veteran actress Sissy Spacek starring in the new Hulu series, Castle Rock​.

Who Could Sneak In?: Joseph Fiennes did manage to make the cut at the Emmys for the second season of The Handmaid’s Tale this past year. Could he do so again at the Globes? Ricky Martin is a Spanish recording artist who did give a great acting performance in The Assassination of Gianni Versace. Tony Shalhoub is a veteran actor in The Marvelous Mrs. Maisel​.
​
Best Supporting Actress in a Series/Miniseries/Television Movie:
Alex Borstein-The Marvelous Mrs. Maisel
Patricia Clarkson-Sharp Objects
Penélope Cruz-The Assassination of Gianni Versace
Thandie Newton-Westworld
Yvonne Strahovski-The Handmaid’s Tale

Who Could Sneak In?: Zazie Beetz did manage to make the cut at the Emmys for Atlanta, could she do the same here? Ann Dowd was previously nominated for The Handmaid’s Tale last year. Could she return another round? Betty Gilpin was the only acting nominee at the Emmys for GLOW, so she's a possibility. If Globe voters really embrace The Assassination of Gianni Versace​, veteran actress Judith Light could certainly sneak in.