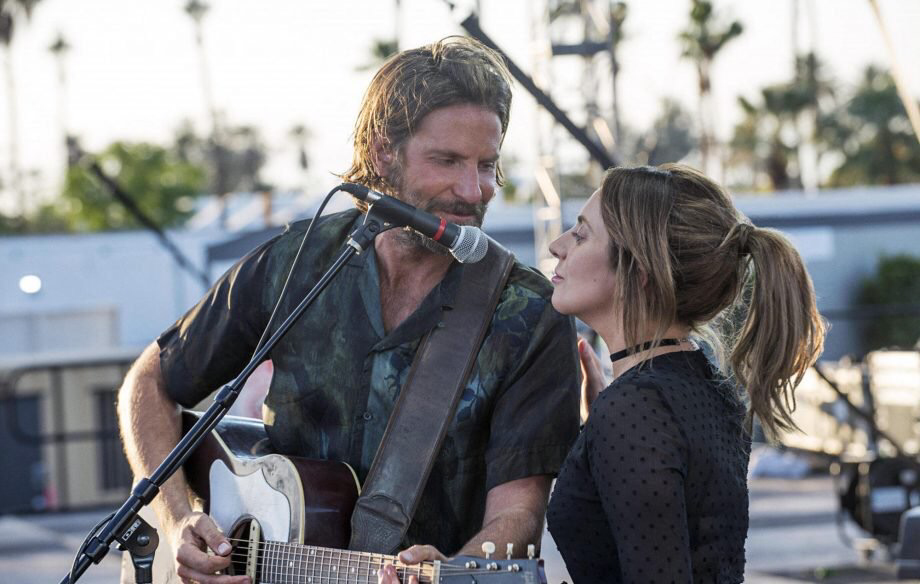 With nominations for this year’s Golden Globe Awards being announced soon, I thought now would be a good time to share with you my predictions. On this page, I’ll be discussing my predictions for the film categories. For each category, I’ll be listing all the candidates that I think will be nominated, as well as possibilities for what/who could sneak in.

Best Motion Picture-Drama:
BlacKkKlansman
Can You Ever Forgive Me?
If Beale Street Could Talk
A Star is Born
Widows

​What Could Sneak In?: Here’s one thing I’m sure a lot of people would like to know, will Black Panther make the cut in this category? It’s the biggest movie of the year, and I could see the Hollywood Foreign Press wanting to throw a bone at it somewhere. Though with that being said, there could still be a bit of genre bias from older voters who are probably tired of superhero movies flooding the market at this point. As for other films, I would keep an eye out on First Man. While it has been underperforming at several of the critics awards, it could use some important recognition here.

Who Could Sneak In?: Ryan Gosling has been recognized by the Globes five times before. Can he earn a sixth nomination this year for his performance as Neil Armstrong in First Man? Lucas Hedges' star has been on the rise since his breakout role in 2016's Manchester By the Sea. His performance as a gay kid in Boy Erased is one of three films he's appearing in this year (the other two being Ben is Back and Mid 90's). Despite mixed critical reviews for the film itself, Australian actor Hugh Jackman has gotten plenty of good notices for his performance as Gary Hart in The Front Runner.

Who Could Sneak In?: There are two Australian actress who could sneak in here. There's Toni Collette, who did receive critical acclaim for her performance in Hereditary. There's also Nicole Kidman giving a very transformative performance in Destroyer. Julia Roberts is already in the conversation on the TV side for her performance in the new Amazon Prime series, Homecoming. Could she find herself a nominee here as well for Ben is Back? Then, there's Irish actress Saoirse Ronan playing the titular role in Mary Queen of Scots. She is in that honeymoon period from her win on the Comedy/Musical side last year for Lady Bird​.

What Could Sneak In?: I know a lot of you are probably wondering why I don’t have Mary Poppins Returns in my predictions. While I can still see it making the cut as Rob Marshall’s previous movie musicals have in the past (especially Nine despite that film’s disappointing reception), I have a feeling HFPA members may feel “been there, done that” with the property.

Who Could Sneak In?: Steve Carell already has two other films in the conversation this year, which are Beautiful Boy and Vice. Could he sneak into this category for his performance in Robert Zemeckis' new film, Welcome to Marwen? Ryan Reynolds was previously nominated for his performance in the first Deadpool film. While the sequel wasn't as acclaimed by critics, I could still see Reynolds being a threat for a nomination here.
​
Best Actress in a Motion Picture-Comedy/Musical:
Olivia Colman-The Favourite
Elsie Fisher-Eighth Grade
Lily James-Mamma Mia! Here We Go Again
Charlize Theron-Tully
Constance Wu-Crazy Rich Asians

​Who Could Sneak In?: Just as is the case in Best Motion Picture-Comedy/Musical, I do not have Mary Poppins herself (in this case, Emily Blunt) making the cut. It may be a bold prediction I’ll probably get wrong, but I’m going out on a limb just for the hell of it.
​
Best Supporting Actor in a Motion Picture:
Mahershala Ali-Green Book
Timothée Chalamet-Beautiful Boy
Adam Driver-BlacKkKlansman
Sam Elliott-A Star is Born
Richard E. Grant-Can You Ever Forgive Me?

Who Could Sneak In?: While the women of The Favourite have been getting all the attention, Nicholas Hoult could be a dark horse for his performance in the film (especially if it ends up coming on strong). Then again, Sam Rockwell is in that honeymoon period from his win for Three Billboards Outside Ebbing, Missouri last year. Could he make the cut again this year for his performance as George W. Bush in Vice?
​
Best Supporting Actress in a Motion Picture:
Amy Adams-Vice
Claire Foy-First Man
Regina King-If Beale Street Could Talk
Emma Stone-The Favourite
Rachel Weisz-The Favourite

Who Could Sneak In?: Damien Chazelle is in that honeymoon period from both his wins for writing and directing La La Land​ two years ago. Could he be able to sneak into this category for First Man? Peter Farrelly, who's usually known for making straight up comedies with his brother, delivers such a change of pace with Green Book. Though Steve McQueen probably shouldn't be underestimated in this category. In his follow-up to 12 Years a Slave, he transcends the genre of heist movies with such an auteur approach in Widows​.
​
Best Screenplay:
BlacKkKlansman
Can You Every Forgive Me?
The Favourite
Green Book
If Beale Street Could Talk

What Could Sneak In?: First Reformed has been doing quite well at several of the critics awards. Though if Roma and/or A Star is Born sneak into this category, it could be a sign of how strong those films are. Then again, Adam McKay is back in the conversation this year with Vice, and he was previously nominated here three years ago for The Big Short​.

​​​Nominations will be announced this Thursday morning at 8:00 ET/5:00 PT.
Proudly powered by Weebly
KARE REVIEWS