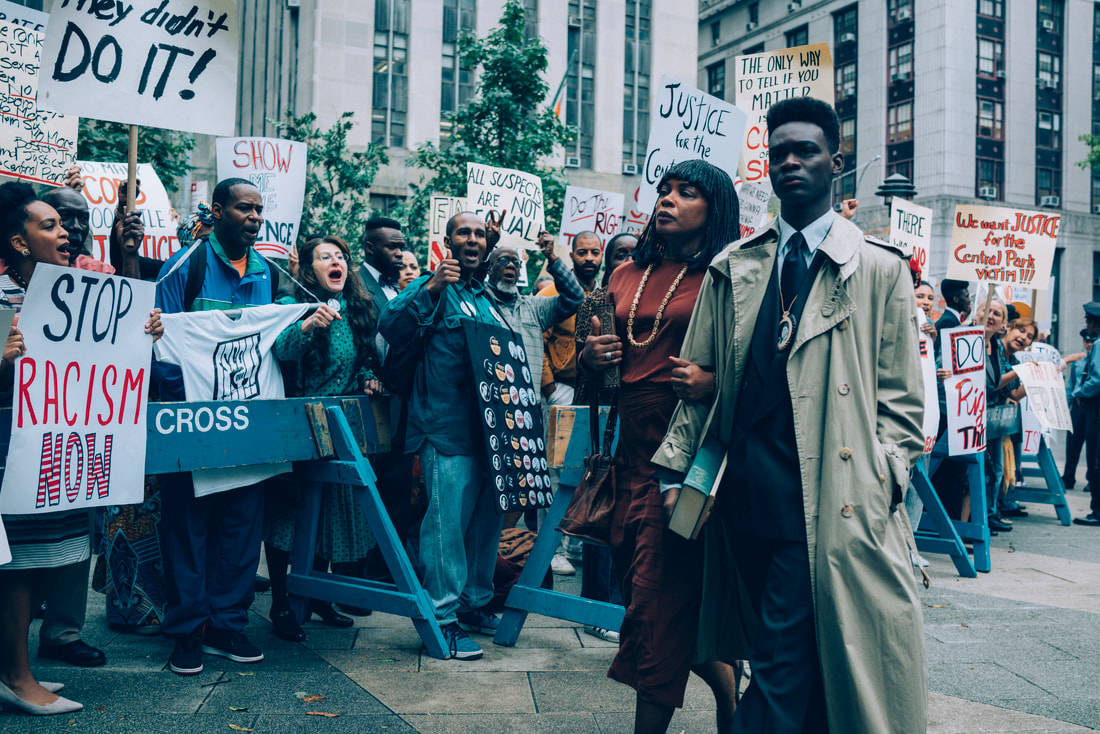 With nominations for this year’s Primetime Emmy Awards being announced soon, I thought now would be a good time to share what my predictions are. On this page, I’ll be discussing my predictions for the limited series/TV movie categories. For each category, I’ll be listing the (current) predicted nominees from the combined odds of Gold Derby, as well as my predictions.
​
​For those would like to hear more about my predictions in depth, feel free to listen this recent podcast I did with Alex Meyer.​
​Outstanding Limited Series:
Chernobyl
Escape at Dannemora
Fosse/Verdon
Sharp Objects
When They See Us

My Predictions: This is one category on the limited series/TV Movie side where I 100% agree with Gold Derby's predicted lineup. Although I can see other potential candidates like The Act, Catch-22, Maniac, True Detective, and/or A Very English Scandal sneaking in. After all, this was such a banner year for miniseries.

My Predictions: This is another category on the limited series/TV Movie side where I 100% agree with Gold Derby's predicted lineup. Although with this revival bias that was established by the television academy last year with Will & Grace and Twin Peaks underperforming in nominations, don’t be surprised if Deadwood: The Movie misses in favor of Native Son.

To date, Ian McShane has only earned one Emmy nomination in his career, which just so happens to be for the original series of Deadwood. As he reprises his role in the film continuation, can things come full circle for him with a second nomination this year? Or could the aforementioned revival bias prevent him from doing so?

My Predictions: I’m bumping out Ian McShane for Jharrel Jerome. While When They See Us debuted on Netflix at the very end of the eligibility period for this year, academy members should have had time to watch all four episodes. If they did, I think Jharrel Jerome should not only be nominated, but he should also be very competitive for the win.

Connie Britton has received four Emmy nominations over the years, and has so far received recognition from the Golden Globes and Critics’ Choice Awards for her performance in Dirty John. Though I’m not sure how much support there is for the Bravo miniseries. Then again, Ruth Wilson has the narrative of starring as her real-life grandmother on the BBC miniseries, Mrs. Wilson. The performance has already garnered her a BAFTA nomination.

My Predictions: I’m bumping out Connie Britton for Marisa Tomei. She’s an acting veteran who received rave reviews for her performance as Edith Bunker in the All in the Family segment of Live in Front of a Studio Audience on ABC. While it was really a variety special and not a TV movie, that factor did not stop Jesus Christ Superstar Live in Concert from receiving three acting nominations last year.

George Clooney was very involved with Catch-22 from not only appearing in three episodes, but also directing two, and executive producing the whole show. However, I think if only one performance from Hulu’s miniseries adaptation of Joseph Heller’s novel gets nominated here, it’ll probably be Kyle Chandler. He’s already an Emmy darling after having earned five nominations over the years as well as a win in 2011 for Friday Night Lights. While it is possible that Catch-22 could still receive two nominations in this category, it is unknown to me how well the show itself is going to do overall.

My Predictions: I’m bumping out George Clooney for Stellan Skarsgård. He’s that veteran actor who’s never received a major (individual) award nomination, and his performance in the HBO miniseries, Chernobyl, could be what does the trick. I also think Stellan will get in based on potential strength for the show.
​
Outstanding Supporting Actress in a Limited Series/Movie:
Patricia Arquette-The Act
Patricia Clarkson-Sharp Objects
Carmen Ejogo-True Detective
Sally Field-Maniac
Emma Thompson-King Lear
Emily Watson-Chernobyl

While the third season of True Detective was seen as a return to form for the anthology series after a disappointing second season, I’m not sure how much love it’s going to get from the Emmys this year. I think Mahershala Ali is more likely to receive a nomination in lead actor than Carmen Ejogo in this category.

My Predictions: I’m bumping out Carmen Ejogo for Vera Farmiga. She is a previous nominee for the first season of Bates Motel, and gives a pretty transformative performance on When They See Us. I also think Vera will get in based on potential strength for the show.