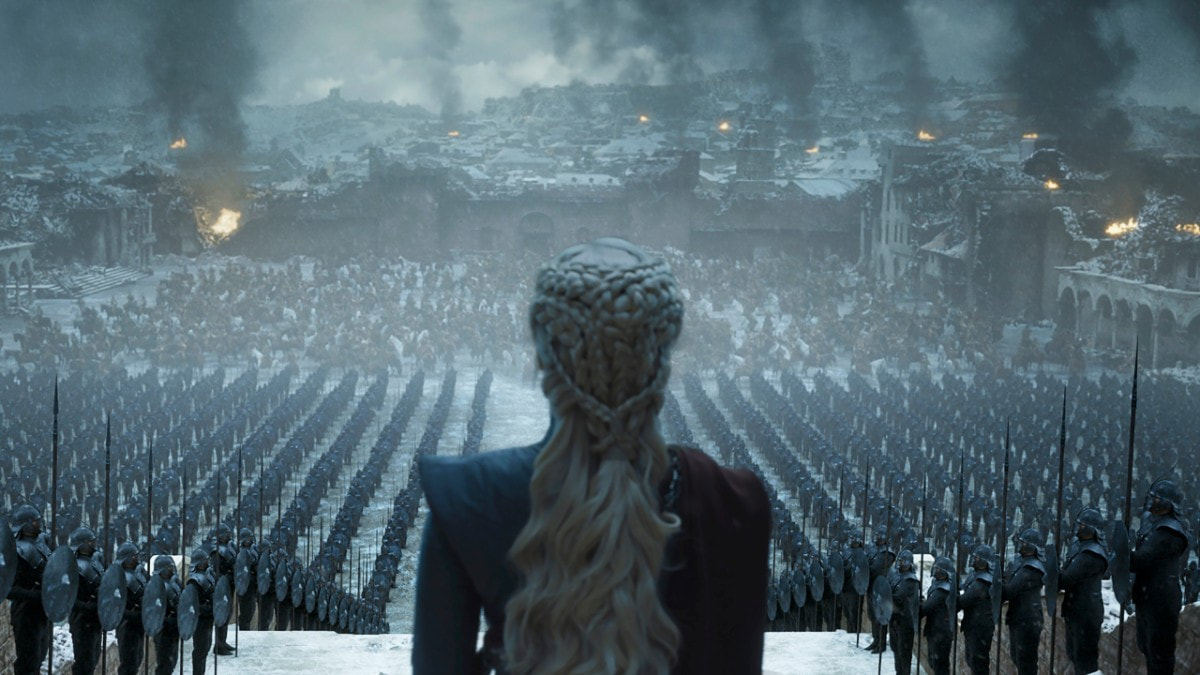 ​With nominations for this year’s Primetime Emmy Awards being announced soon, I thought now would be a good time to share what my predictions are. On this page, I’ll be discussing my predictions for the drama series categories. For each category, I’ll be listing the (current) predicted nominees from the combined odds of Gold Derby, as well as my predictions.

For those would like to hear more about my predictions in depth, feel free to listen this recent podcast I did with Alex Meyer.​
Outstanding Drama Series:
Better Call Saul
Game of Thrones
Homecoming
Killing Eve
Ozark
Succession
This is Us

While This is Us has gotten in for its first two seasons, the show did lose a bit of momentum with the Emmys last year when it underperformed in nominations. Which makes me wonder how well it could do this year. It appears to me that the actors branch is the one who respects This is Us most within the industry as evidenced by the show winning the SAG Award for Best Ensemble in a Drama Series for the last two years.

My Predictions: I’m bumping out This is Us for Pose. While the first season of the latter show premiered way back last summer, it is now streaming on Netflix, and the second season is currently airing on FX. Not to mention that Pose does have prior nominations from the Golden Globes, Critics’ Choice, and WGA to back it up.

To date, Kit Harington has only been nominated for his performance as Jon Snow on Game of Thrones only once for Supporting Actor back in 2016. A lot of people thought he was getting into Lead Actor last year, yet that didn’t happen. Though since this is the final season of Game of Thrones, can Harington actually make the cut this time?

My Predictions: I’m bumping out Kit Harington for Brian Cox. While he may not have gotten recognized anywhere for his role on Succession, Cox is still an acting veteran who is also a previous Emmy winner for the 2000 miniseries Nuremberg. If Succession does really well in nominations, don’t be surprised if he shows up in this category.

Christine Baranski has received 16 nominations over the years, six of them were for her role as Diane Lockhart on The Good Wife. Yet, she has not gotten in for that same character on The Good Fight the last two years. This year could either be “the third time’s the charm” or “three strikes, you’re out.” While Emilia Clarke has gotten three nominations before for her role as Daenerys Targaryen on Game of Thrones, they were all for Supporting Actress. Can she make the cut for Lead Actress this year for the final season?

My Predictions: I’m bumping out Christine Baranski and Emilia Clarke for Mj Rodriguez and Robin Wright. I have a feeling that if Pose does well in Emmy nominations, Mj Rodriguez could just make a surprise appearance in this category. While the final season of House of Cards didn’t get the best reception in the world, Robin Wright’s performance as Claire Underwood was singled out as the best thing about it. Not only that, but she also has the narrative of how she was the one who strongly encouraged Netflix executives to let the 2,500 people who had been involved with production at the time to keep their jobs in the wake of (her former co-star) Kevin Spacey’s allegations of sexual misconduct.

My Predictions: This is one category on the drama side where I 100% agree with Gold Derby's predicted lineup. Though if Ozark does really well in nominations this year, I could see Peter Mullan sneaking into this category. After all, he is a previous Emmy nominee for Top of the Lake back in 2013.

With This is Us being on the bubble over how well it could possibly do this year, I’m not sure if Susan Kelechi Watson is as safe for a nomination as people think she is. After having missed out on a nomination last year, can Chrissy Metz make a comeback here this time?

My Predictions: I’m bumping out Susan Kelechi Watson for Fiona Shaw. Not only do I think she’ll get in based on potential strength for Killing Eve, but her recent BAFTA win for the show can probably help. Though if Game of Thrones does really well in acting nominations this year, look out for Gwendoline Christie to make the cut here.

Knowing how The Good Fight only got recognition in the music categories within the last two years, I’m not sure if Tituss Burgess really can get nominated for his guest appearance. Though the actors branch will probably be paying attention to him this year since he’s also in contention on the comedy side for the final season of Unbreakable Kimmy Schmidt.

My Predictions: This is another category on the drama side where I 100% agree with Gold Derby's predicted lineup. Though I guess another possibility is Laverne Cox, who has been nominated for her role on Orange is the New Black in this category twice before. Or maybe Andrea Martin, who has won twice before as a writer SCTV Network 90, for her guest appearance on The Good Fight.

Nominations will be announced this Tuesday morning.
Proudly powered by Weebly
KARE REVIEWS