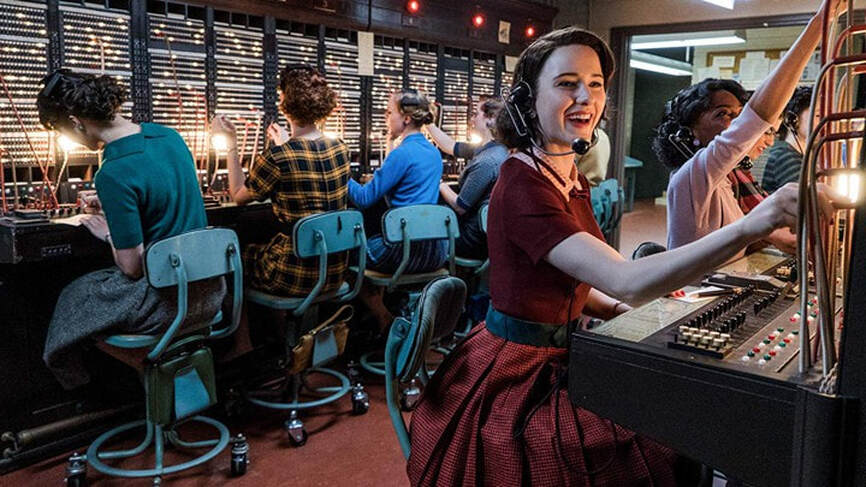 With nominations for this year’s Primetime Emmy Awards being announced soon, I thought now would be a good time to share what my predictions are. On this page, I’ll be discussing my predictions for the comedy series categories. For each category, I’ll be listing the (current) predicted nominees from the combined odds of Gold Derby, as well as my predictions.
​
​For those would like to hear more about my predictions in depth, feel free to listen this recent podcast I did with Alex Meyer.​
​Outstanding Comedy Series:
Barry
GLOW
The Good Place
The Kominsky Method
The Marvelous Mrs. Maisel
Russian Doll
Veep

There does appear to be a rooting factor for The Good Place to make the cut this year. The third season has so far received nominations from the Golden Globes, PGA, and WGA Awards. However, the last NBC sitcom nominated in this category was the final season of Parks & Recreation back in 2015. While The Good Place may have gotten on the Emmys radar last year with two acting nominations, it’s hard for me to tell how it’s going to improve this time around.

My Predictions: I’m bumping out The Good Place for Fleabag. While it’s also hard to tell how the latter show is going to improve this year, the second season has been gaining more traction than the first. Fleabag even managed to make the cut for Program of the Year at the 2019 Television Critics Association Awards.

While Anthony Anderson has gotten in for his role on Black-ish for the last four years, it appears to me that the hit ABC sitcom has been losing a bit of momentum from an awards standpoint. This year, Black-ish has so far been completely ignored by the Golden Globes, Critics' Choice, and SAG Awards.

My Predictions: I’m bumping out Anthony Anderson for Jim Parsons. While he hasn’t been nominated for his role as Sheldon Cooper on The Big Bang Theory since 2014, I think he has a good chance of making a comeback for the final season.

My Predictions: This is one category on the comedy side where I 100% agree with Gold Derby's predicted lineup. Though Lily Tomlin could still sneak in given that she has been nominated for her role on Grace & Frankie the last four years. Then again, maybe Alison Brie could make the cut for GLOW this time after having been snubbed last year.

Kenan Thompson did very surprisingly make the cut in this category last year. Not to mention that he also won the award for Outstanding Music and Lyrics as a co-writer on the song ‘Come Back Barack’. Can SNL’s longest-running cast member score another acting nomination for the second year in a row?

My Predictions: I have Matt Walsh getting in for Veep over Kenan Thompson. He’s been nominated for his role on Veep the last two times the show was eligible, so I’m expecting him to make a comeback for the final season.

My Predictions: This is another category on the comedy side where I 100% agree with Gold Derby's predicted lineup. Then again, I would not be too surprised if we end up seeing repeat nominations for Aidy Bryant in Saturday Night Live and/or Laurie Metcalf in The Connors. Though if The Good Place really does improve this year, look out for D’Arcy Carden to sneak into this category.

On paper, Luke Kirby does sound like a potential nominee for playing real-life comedian Lenny Bruce on the second season of The Marvelous Mrs. Maisel. Though with that being said, I’m not sure if he can be able to breakthrough given that a lot of the other possibilities are well-established veterans.

My Predictions: I’m bumping out Luke Kirby for Danny DeVito. He’s a previous winner for Taxi, and has earned four additional nominations from the television academy over the years. I have a feeling that he’s going to sneak into this category for his guest appearance on The Kominsky Method.

Rachel Brosnahan and Sandra Oh are both strong contenders this year for starring in their respective shows, The Marvelous Mrs. Maisel and Killing Eve. While I can see either one of them scoring multiple acting nominations, there are other potential candidates for this category that I think have a shot.

My Predictions: I’m bumping out Rachel Brosnahan and Sandra Oh for Wanda Sykes and Emma Thompson. Despite me not having Black-ish getting in anywhere else, I have a feeling that Sykes is going to show up here for her recurring character again for the third year in a row. It especially helps that she’s received a total of nine Emmy nominations (and a win for writing The Chris Rock Show) over the years. As for Emma Thompson, I heard her episode of Saturday Night Live was pretty buzzy. I also think her visibility factor from this past year with King Lear, Late Night, and Years and Years could help.

Nominations will be announced this Tuesday morning.
Proudly powered by Weebly
KARE REVIEWS