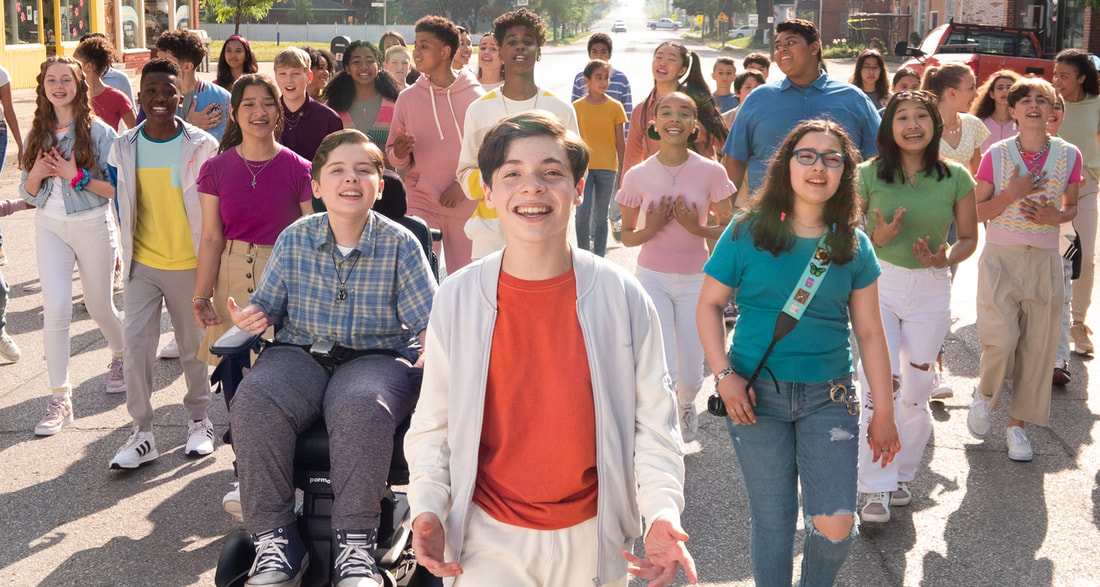 Based on Jason Robert Brown, Dan Elish, & Robert Horn's 2008 stage musical of the same name, 13 follows a young boy named Evan Goldman (Eli Golden), who moves from New York City to a small-town in Indiana following his parents’ divorce. As his 13th birthday nears, he must master the complex social circles of his new school and win friends by turning his Bar Mitzvah into the coolest party ever.

The original stage version had a short run on Broadway back in 2008 with a cast (and orchestra) consisting entirely of young teenagers, including Graham Phillips and Ariana Grande. I was aware of this musical when it originally premiered. I've heard some of the songs in passing. However, I’ve never seen it before. So this movie is my big introduction to the material.

I have really liked several of Jason Robert Brown’s other scores he has written for more mature musicals such as Parade, The Last Five Years, and The Bridges of Madison County. For 13, he successfully managed to capture the emotions and attitudes of what preteens go through in every single tune. My favorite number in the entire movie might have to be the opening from the way its performed to the way it was staged and filmed. The choreography by Jamal Sims is also a highlight.

I don’t know what the future holds for any of the kids in the cast in terms of their acting careers, but they’re all the real stars here. Eli Golden is very relatable as Evan. It’s easy to understand what he’s going through over the course of the film. The scenes he shares with either of his parents (played by Peter Herrmann and Debra Messing) are in my opinion the most heartfelt moments on display. One of them in particular is a brand new song sung by Golden and Messing titled ‘It Would Be Funny’, which I found touching. Even though it did sound like autotune was helping the latter performer out a bit.

What I especially love about the other kids in the cast is how diverse they all are. Not just in terms of ethnicity, but one of them (Jonathan Lengel as Archie) happens to be a wheelchair user. Some of the standouts to me include Gabriella Uhl as Evan’s new friend, Patrice; JD McCrary as popular boy, Brett; Lindsey Blackwell as cheerleader Kendra; and Frankie McNellis as the sneaky Lucy. Though of the adult characters, I’d also like to highlight Josh Peck’s humble performance as Evan’s Rabbi.

Overall, I found 13 to be a pretty compelling coming of age story that ends on such a joyful note. For preteens, this could serve as a good gateway into musical theatre. Though for family audiences, I think it’s worth checking out. This film is currently available to stream on Netflix.